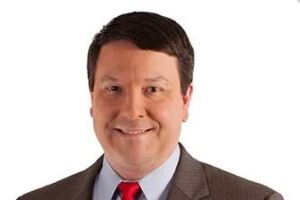 Award-winning Chief Meteorologist Matt Hines came to News Channel 25 in December of 2007. Matt's entire on-air career has been spent in the great state of Texas (Central Texas, Amarillo, Lubbock)! He leads a team of meteorologists that uses the most advanced weather equipment in Central Texas and has set the standard for forecasting accuracy in the area. Matt has earned the National Weather Association Seal of Approval. This seal requires an examination and on-air evaluation. Once you earn the seal, you have to accumulate continuing education credits and renew every three years.

Matt grew up in Plano, Texas just north of Dallas. He knew at a very early age that weather was his passion. One of his first weather memories is watching his neighbor's fence blow away as a tornado went through his neighborhood. From then on, he knew he was destined to become a meteorologist.

After high school he went to Lubbock, Texas where he attended Texas Tech University. He majored in broadcast journalism, but transferred his credits to Mississippi State University where he completed the course work for the Broadcast Meteorology Program in 2003. While taking classes online, he worked as an intern at KLBK-TV in Lubbock. He was quickly promoted to their sister station KAMC-TV and became the weekend meteorologist in 2000.

After his work in Lubbock was finished in 2003, Matt moved to Amarillo, Texas where he worked at KAMR-TV. He started as the weekend meteorologist, then became the morning meteorologist, and eventually worked his way up to interim Chief Meteorologist during the spring of 2007.

Matt has covered numerous severe weather and tornado outbreaks both in the field and in the studio.

Other than weather, Matt has many other interests and hobbies. He's an avid Dallas and Red Raider sports fan. He also enjoys traveling, spending time with his family, cooking or sampling new and different cuisine, and of course storm chasing. Matt's daughter Addison and son Austin (twins) keep him very busy when he is at home!

Matt understands that weather is very important to you and looks forward to giving you his forecasts weekdays at 5, 6 and 10 p.m. Matt and his wife Stephanie are proud to be Central Texans!

The First Alert 25 Meteorologists earned the "StormReady" designation issued by the National Weather Service in April 2012. KXXV was the first station in Texas to earn this title.