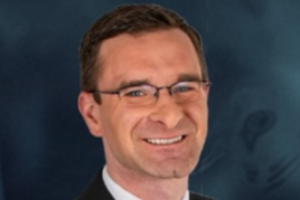 A native North Texan, Josh Johns hails from Cleburne, TX where he grew up around severe weather and became fascinated at a young age. He decided he wanted to be a broadcast meteorologist.

Josh attended Texas A&M University where he earned a Bachelors of Science in Meteorology. While in college, Josh interned at KTVT-TV in Fort Worth and KWTX in Waco where he made his on-air debut as an intern.

After college, Josh began his career with a short stint at KRGV-TV in Weslaco, TX. Shortly after, Josh took up substitute teaching in Cleburne while filling in for KFDX in Wichita Falls.

In March 2016, Josh joined KLST-TV in San Angelo serving as the weekend meteorologist.

While there, Josh worked tirelessly to enhance coverage behind the scenes for the weather team. In part due to his work, Josh was promoted to Chief Meteorologist for KLST's sister station KSAN in August 2017.

Shortly before taking over as Chief Meteorologist, Josh assisted with Hurricane Harvey coverage at sister station KXAN. While at KSAN, Josh covered numerous severe weather events, most tracking multiple EF-2 and EF-3 tornadoes that impacted the Concho Valley. These tornadoes included an EF-2 that moved straight across San Angelo and missed the station by a mere 2 blocks! The power was knocked out, and Josh and his team continued to cover three more tornadoes using Facebook live and whatever assets they could find.

In his spare time, Josh enjoys live Texas Music, hanging out with friends and his Blue Heeler dog. Josh loves meeting new people, so say hi if you run into him!