Crowning a champion: How the Baylor Bears secured a national title during an unpredictable season 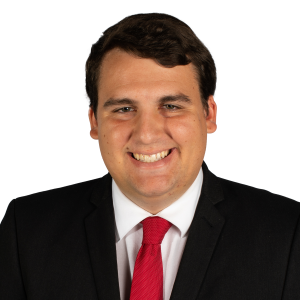 It was a feat that was on every Baylor fan's mind in March of 2020.

The Bears were favorites to win going into the 2020 NCAA Division I men's basketball tournament. That is until the coronavirus pandemic struck.

On March 12, 2020, the NCAA announced all winter and spring championships for the academic year, including the men's and women's basketball tournament, were canceled.

One year later, the team was ready to return, earning a one seed in the NCAA Tournament.

The Bears had reached the NCAA Tournament 12 times prior to 2021. Their combined record in those appearances was 14-14.

The Bears destroyed the Hawks 79-55 to advance to the Round of 32, where they faced Wisconsin.

There, the Bears saw a tale of two halves.

Baylor was led on offense by Davion Mitchell, who scored 16 points on 6-8 shooting. Matthew Mayer added another 17 points off the bench.

After jumping out to a 47-29 lead early in the second half, Baylor withstood a second half charge from Wisconsin to advance to the Sweet 16.

Now it was time to take on Villanova.

In addition, the Bears shot just 35 percent from the field.

By contrast, Villanova hit 50 percent of its first-half shots, including three three-pointers.

As a result, the Wildcats carried a 30-23 lead into the halftime break.

Come the second half, the Bears had a fire in their bellies. The team scored 24 in the first 13 minutes and continued to dominate through the end of the game, beating Villanova 62-51 to head to their first Elite Eight in nine years.

Their next opponent was the Arkansas Razorbacks. Baylor jumped out to a 46-38 halftime lead behind 11 points from Jared Butler and 12 points from MaCio Teague.

The Bears forced 10 Arkansas turnovers in the first half, but the Razorbacks shot 63 percent from the floor and 3-4 from three to keep the margin in single digits.

In the second half, Arkansas would come within four points a few times, but they could not overtake the Bears.

Baylor went on to defeat the Razorbacks 81-72 to advance to its first Final Four in the modern NCAA Tournament era, where they met Houston.

What was touted as a Texas showdown for the ages ended with disappointment for Cougar fans.

The Bears led 45-20 at halftime. The 25 point lead was the fourth-largest halftime lead in Final Four history.

At halftime, only three players had scored points for the Cougars.

Houston shot just 27 percent from the field in the half. Baylor forced nine first-half turnovers.

In the second half, Houston improved its shooting, but they could not cut the lead to single digits. The Bears went on to win 78-59, advancing to their first national championship game since 1948.

Only one team, the Gonzaga Bulldogs, stood between Baylor and the championship.

As soon as the game began, the Bears were in control. Baylor got off to a 9-0 start and never took their foot off the gas. Gonzaga struggled all night to find their rhythm against the dominant Bears.

The Bulldogs cut the lead several times throughout the second half, but it was never enough. The Baylor Bears would make history by taking down Gonzaga 86-70.