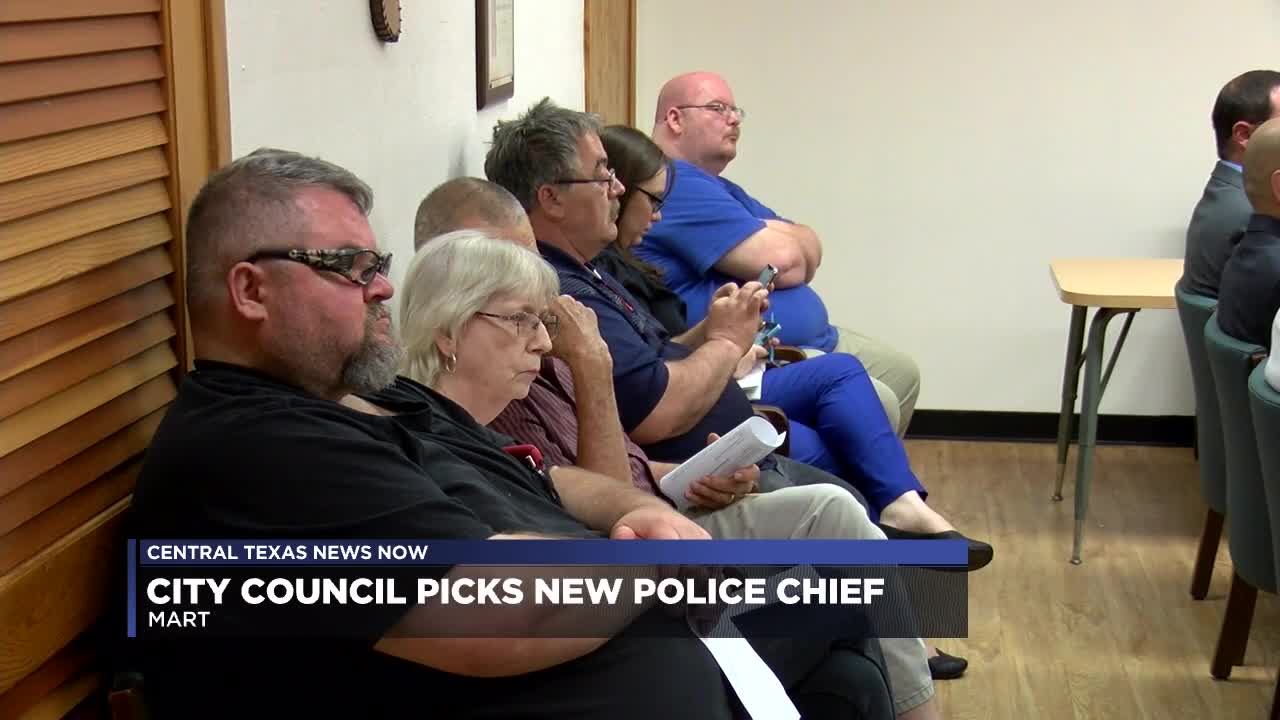 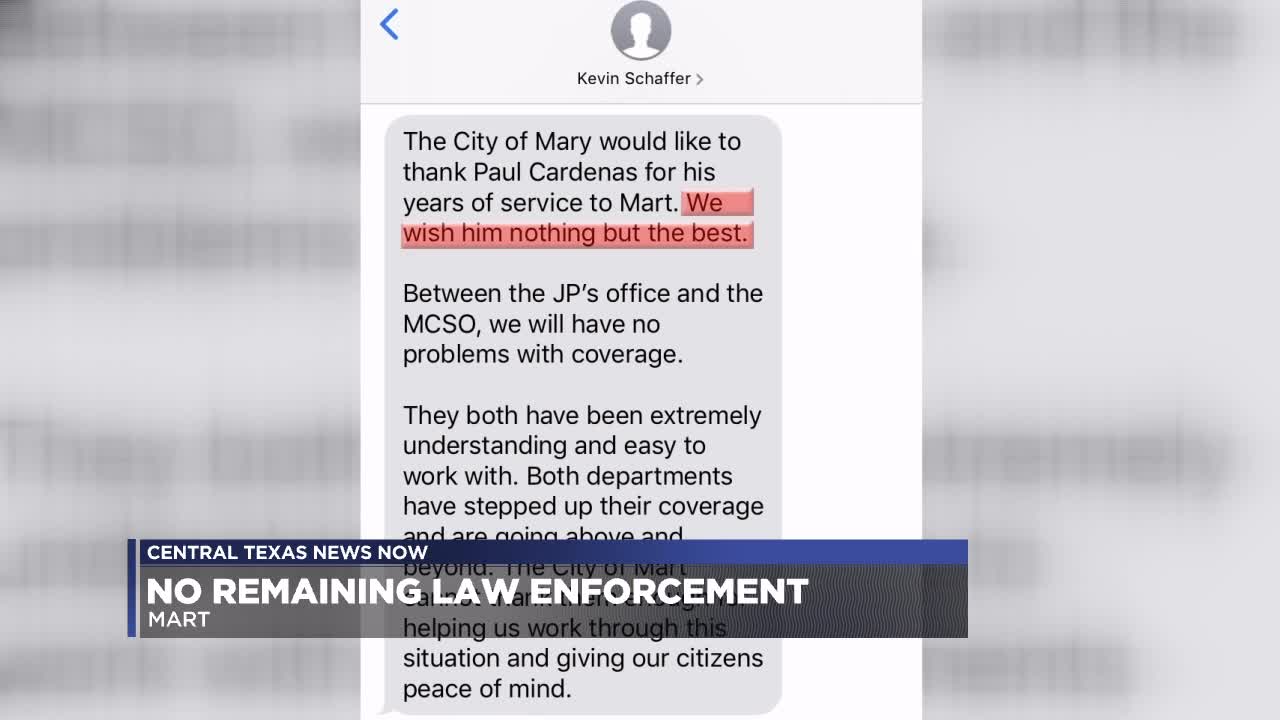 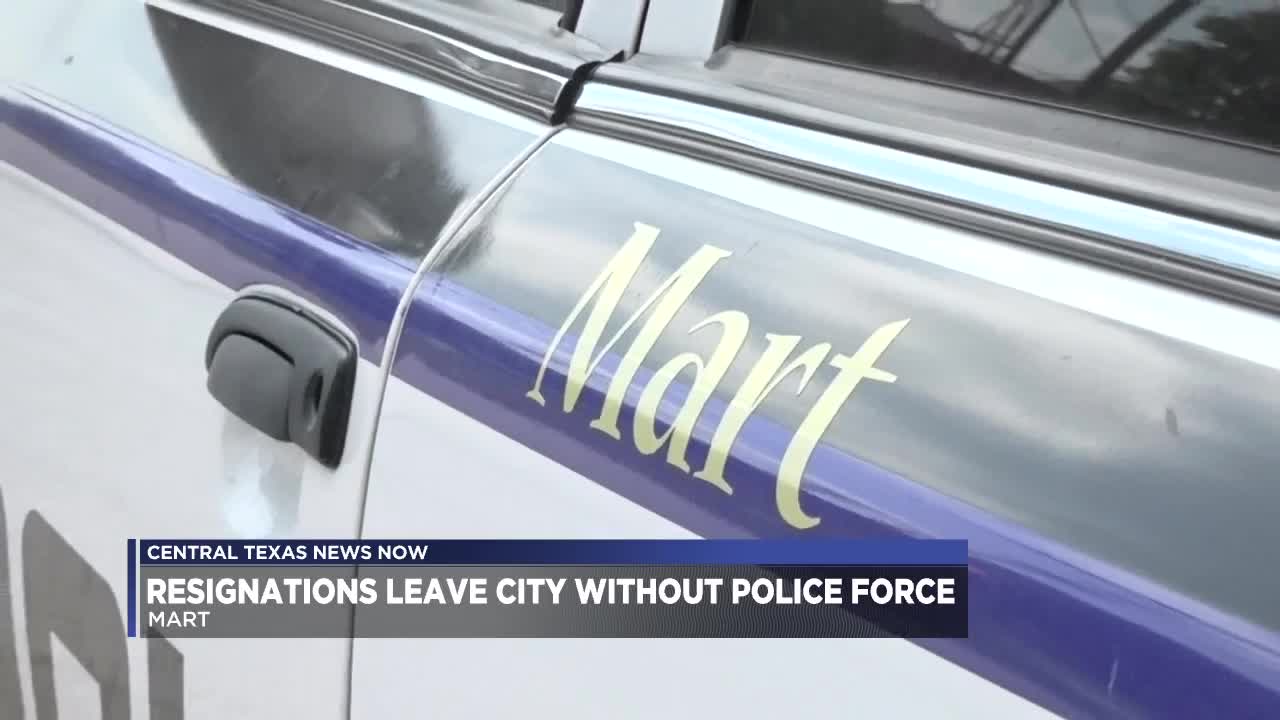 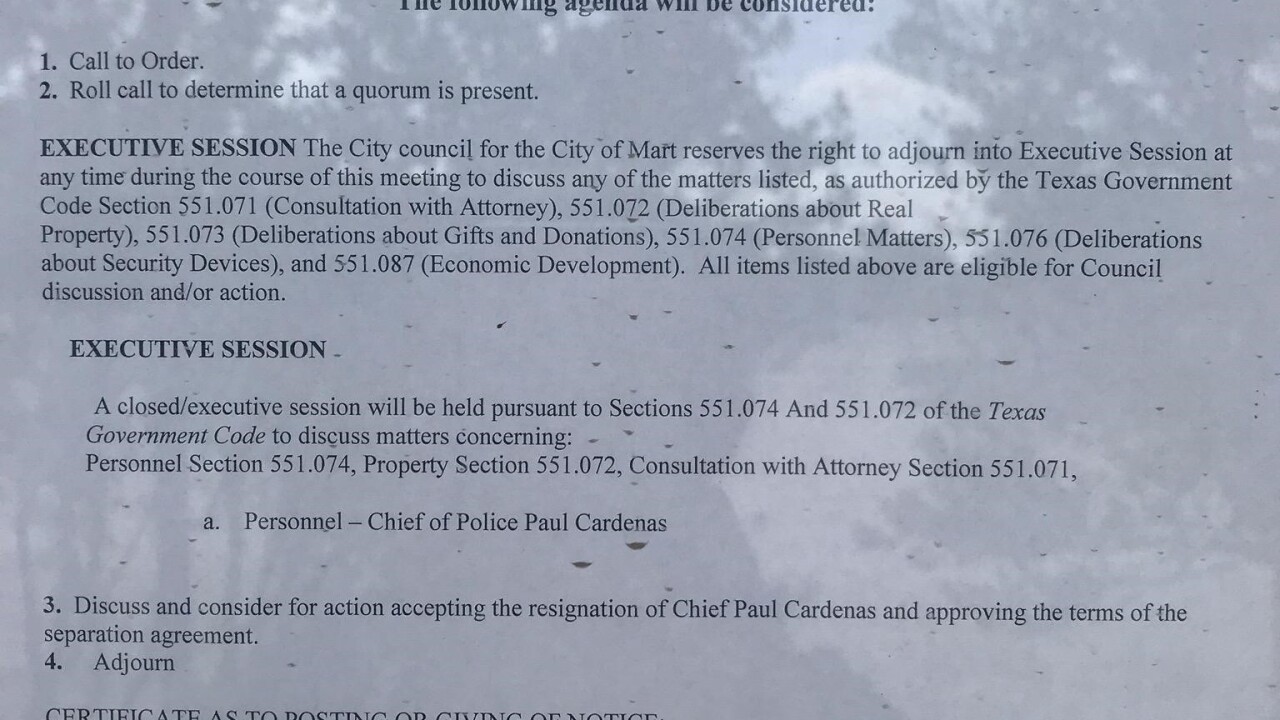 They have announced Albert Cavazos, a patrol man with Marlin police, as the city's new chief of police.

In the meeting, he said he will be putting together a new staff.

He was chosen out of two other candidates.

This comes after a special meeting on Tuesday, when the Mart City Council accepted the resignation of the city's chief of police, Paul Cardenas.

He sent in his resignation letter over the weekend. The resignation was accepted unanimously by five city council members.

Cardenas was the only remaining Mart police officer after the rest of the department resigned suddenly earlier this month.

"The City of Mart would like to thank Paul Cardenas for his years of service to Mart. We wish him nothing but the best. Between the JP's office and the MCSO, we will have no problems with coverage. They both have been extremely understanding and easy to work with. Both departments have stepped up their coverage and are going above and beyond. The City of Mart cannot thank them enough for helping us work through this situation and giving our citizens peace of mind."

Cardenas joined the department as chief of police in 2015.

His final day with the department was May 30.

In an agreement with the city, Cardenas was honorably discharged. He will receive four months of pay at his current pay rate and the mayor of Mart will prepare a favorable letter of recommendation for him.

The agreement also states that neither Cardenas or the City of Mart, including council members, officers and employees will make any negative statements against the other.