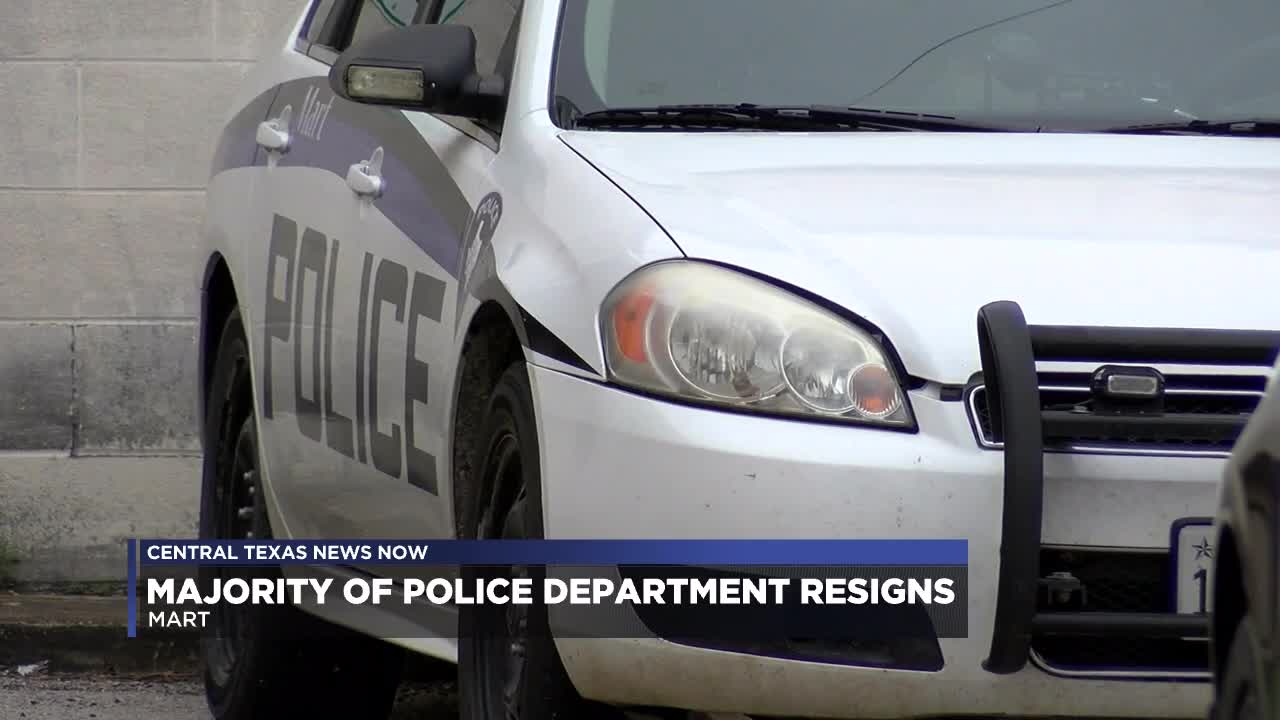 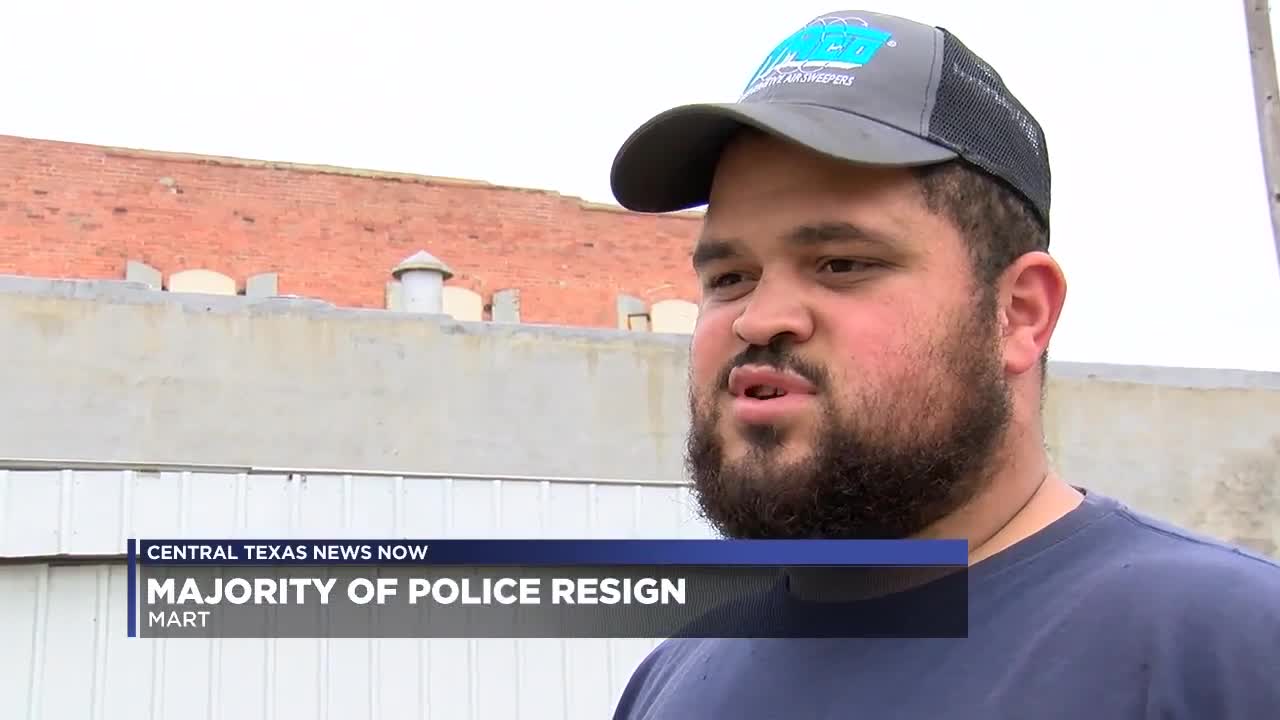 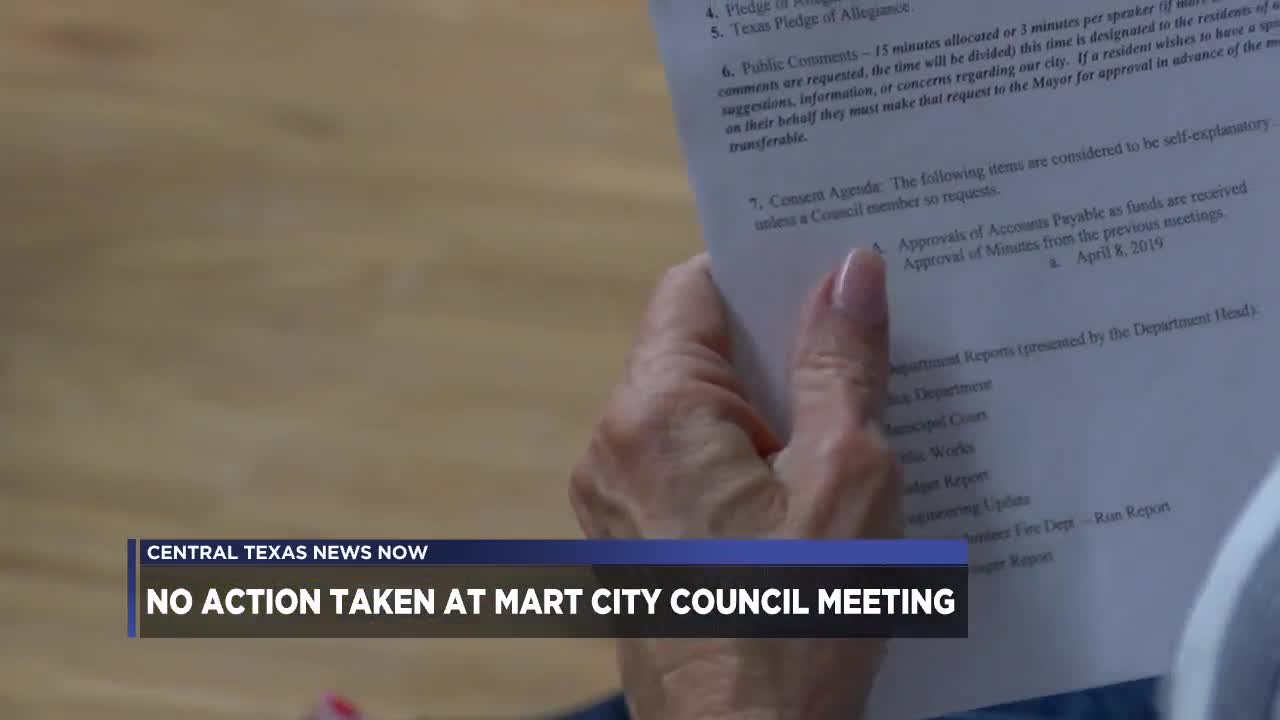 MART, TX — No action was taken at a city council meeting in Mart Monday evening.

Mart police had only five officers in the department, but after four resignations, it's left with one officer on May 19.

"It’s something to address and we're addressing it. The council meets on Monday, and we're going to have a plan of action starting then," said Mart City Manager Kevin Schaffer.

Schaffer explained that he hadn't heard any complaints or comments from the police department since October 2018, and at the time, he addressed their concerns.

"We all sat down, me and the mayor and the two officers and the chief and the accountant, and explained how it all works out," said Schaffer.

The concerns were about payroll calendar adjustments and adhering to holiday pay procedures from the city's personnel handbook.

"No more concerns and no more questions were raised until yesterday," said Schaffer.

In the resignation letter, most resigning officers highlighted payroll and holiday pay adjustments as one of the reasons for their resignation.

However, this still leaves a single officer in charge of tending to the town of 2,400 residents.

"We already have to wait 30 to 45 minutes for an ambulance. So to wait for a sheriff’s department to get out here, it’s kind of like, 'wow, do you take matters into your own hands or do you wait for the police?' It’s kind of weird. It makes me wonder what's going on and why they're all quitting," said long-time Mart resident Ronnie Roddy.

The meeting discussed several issues, but did not include open discussion on the resignations.

In closed executive session, the council discussed Police Chief Cardenas, the remaining officer on the force, as well as Mart police.

No action was taken on any issues discussed in the closed session.