Weather Blog: March is a crazy weather month in Texas 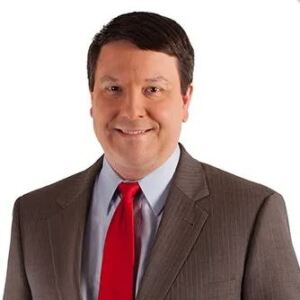 Undoubtedly this has been a trying time for Central Texas and the country with the COVID-19 Pandemic.

We have been through many obstacles together from tornadoes, to West and Fort Hood, to 90 days of 100° heat since I have been the Chief Meteorologist here at KXXV. Life moved forward from those points in history, and they will from this as well.

So, as we slowly grind forward, our News Director, who we will call Joshua (well, because that's his name...lol), came up with an idea of starting a weather blog posting on KXXV.com.

We had a couple of meetings about how we would start this...and a few high fives (or elbow bumps these days) later...25 Weather Watchers was born!

We want this to be fun and informative. This just isn't about us, but you too! What do you want to see? This won't just be from me. Our entire weather staff will have a chance to post. We are starting this as a weekly post every Monday, but we will see where it goes from here!

Any suggestions you have can be sent to me at matt.hines@kxxv.com. We will also be launching a newsletter in the coming weeks.

So with that, let's get started...

Weather For The Week

Who is ready to see some sunshine and blue sky? I know I am.

We should start to move that way Monday into Tuesday as this rainy pattern begins to break-up across Texas. In fact, it will really feel like spring in the coming days. How about some 80s!

We will be close Monday, but Tuesday through Friday, the 80s look very likely. Our next storm system is slated for late Friday into Saturday. This could bring at least scattered rain/storm chances back to the forecast late this week on into the weekend.

It's too early to tell if there will be severe weather, but we always have to keep an eye on that this time of year. Yeah, it may cool into the 60s and 70s again next weekend, but that is spring here in Central Texas!

There are lots of changes as we shift from the colder months to the warmer months.

March Is A Crazy Weather Month In Texas

March can bring all types of weather to Central Texas.

What's the coldest temperature recorded in the month of March? 15 degrees!

One question I always get is, "how hot will it be this summer?" I always say this about the correlation between a wet and dry spring (March included) and how hot the summer will be...it matters a lot!

Remember 2011? That March was one of the driest on record (4th driest officially at 0.15"), and you remember what happened that year. As stated above, that summer had 90 days of 100+ degree heat. The entire spring was dry. There was widespread drought. That led to very dry air in place that summer. Dry air likes to heat efficiently, so boom, record heatwave.

This year so far has started off wet. So, if we can continue with this trend, then we should have a subdued amount of 100 degree days this summer. It'll still be hot though, it's Texas! We still have April and May to go...so stay tuned!