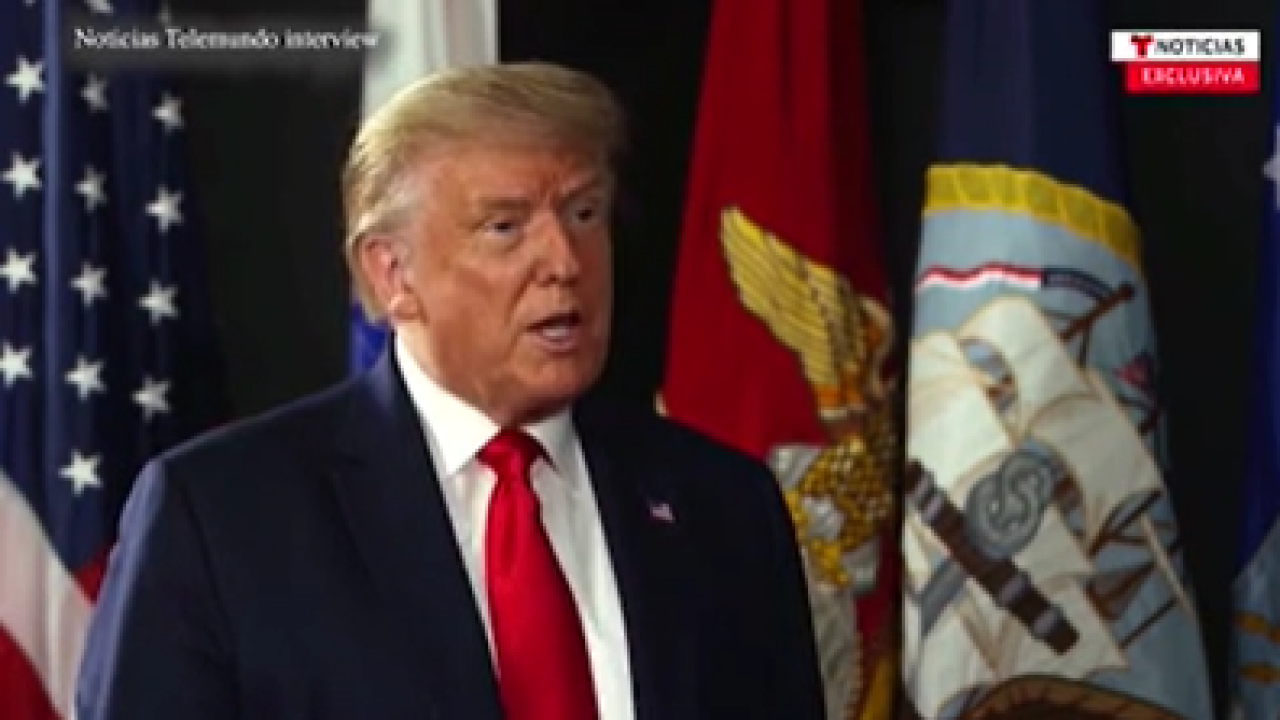 Trump was asked about Guillen during a Noticias Telemundo interview.

He said he heard about her case on the news.

His remarks come as LULAC officials met with the Secretary of Army on Friday.

Secretary Ryan D. McCarthy said he would recommend to the DoD that the inspector general do a full independent investigation of the criminal case of Vanessa Guillen and of alleged sexual harassment.

Rep. Sylvia Garcia also said there will be an independent panel of 3-5 experts created specifically to look at how sexual harassment claims are handled at Fort Hood and how the process can improve.

On Friday, an Army official told ABC News that investigators had "identified some information" that Vanessa Guillen was "potentially" harassed at Fort Hood, but that it was "not of a sexual nature."

The official also said there may have been "some sexual comments made to her," but they were not from Specialist Aaron Robinson, her alleged killer "or any other parties of interest in the investigation."