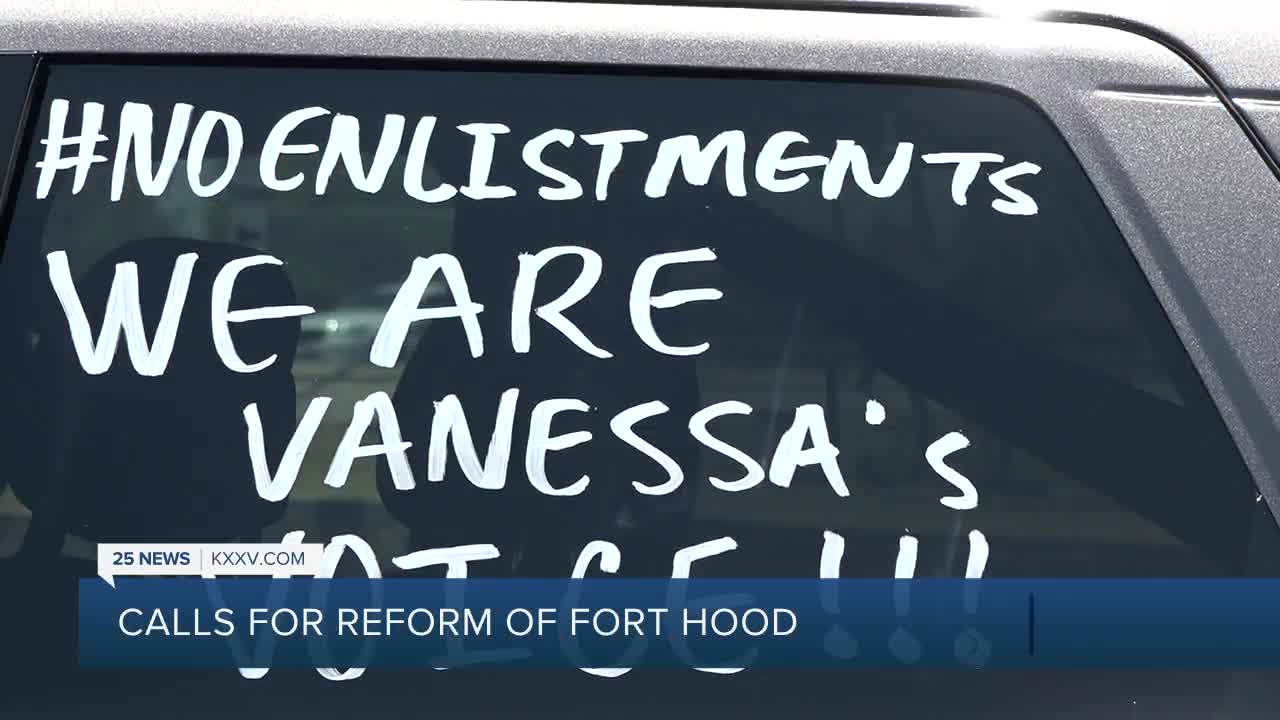 More than 20 carloads full of families made their way to Fort Hood from Fort Worth on Saturday to protest how the military handles cases like the murder of Spc. Vanessa Guillen.

"After learning about her story, we learned about several other soldiers who had basically been left behind at Fort Hood as well," said Jenni Ortega, a protester.

These soldiers include Spc. Kamisha Block who was killed in 2007.

"She was stationed here at Fort Hood and she was on deployment for about two months in Iraq when she got killed. It was by her squad leader," said Shonta Block, Kamisha's sister.

Shonta headed to Bell County from the Beaumont area on Saturday for a demonstration outside the gates of Fort Hood.

She was alongside a number of military families with similar stories, like Gold Star mother Sue Reddy Bemis from Ohio.

"What I would like to say about my son, is the facts don't add up," said Reddy Bemis.

Investigators believe two suspects dismembered Spc. Guillen's body and attempted to burn it after she was bludgeoned to death in April. Human remains found near the Leon River on June 30 have since been confirmed to be of the missing Fort Hood soldier.

The families say Guillen's murder sparked the call to change they have waited years for.

"Vanessa opened the door that we've been banging at, for some of us 13 years," explained Shonta. "What's the problem is leadership is not being held accountable and what's the solution is we need independent investigations."

Earlier this week, 88 members of Congress called for a larger investigation into Fort Hood's handling of Guillen's case.