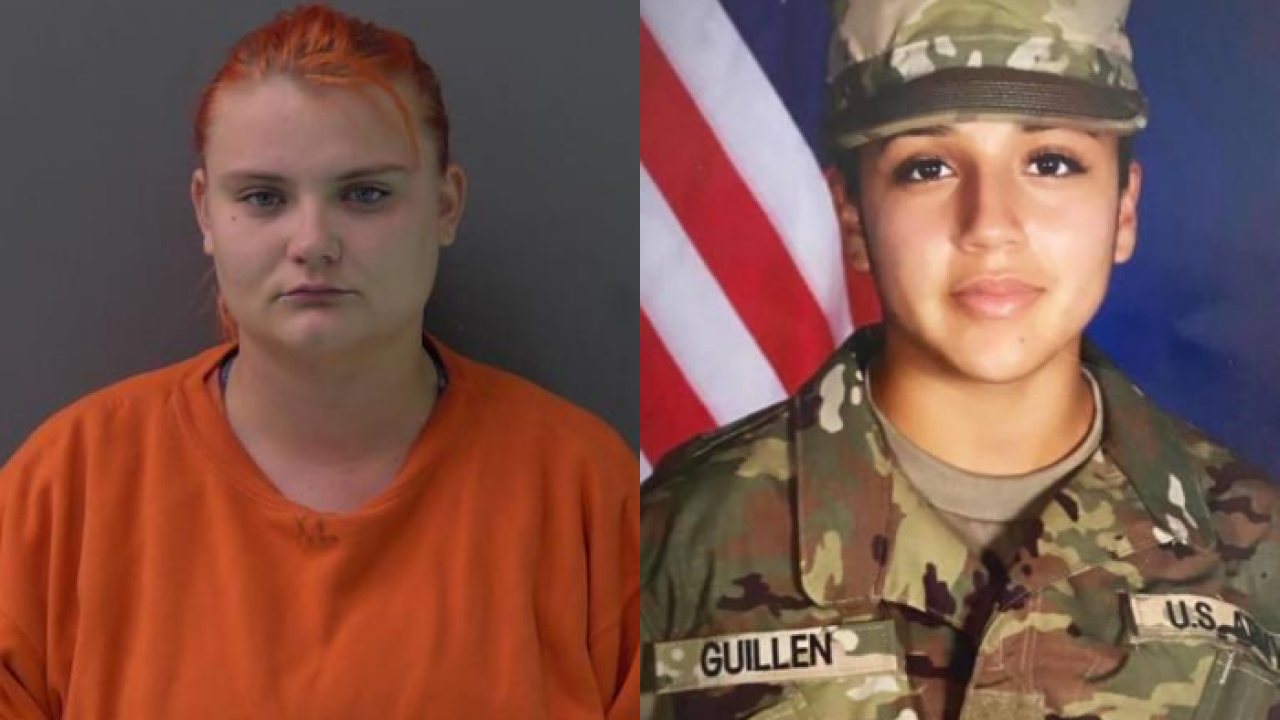 Cecily Aguilar's attorney has filed a motion asking a judge to issue a gag order in regards to Aguilar's case in connection to the disappearance of Vanessa Guillen.

Aguilar is charged in connection to the disappearance of Fort Hood soldier Spc. Vanessa Guillen.

The motion, filed on July 27 by Supervisory Assistant Federal Public Defender Lewis B. Gainor, asks federal Judge Alan Albright to impose a gag order on "trial participants, including the parties, witnesses, victim’s family, and their attorneys" on statements that would "have a substantial likelihood of materially prejudicing Ms. Aguilar's right to a fair trial."

The federal grand jury indictment charged 22-year-old Cecily Ann Aguilar, of Killeen, with one count of conspiracy to tamper with evidence and two substantive counts of tampering with evidence. Aguilar faces up to 20 years in federal prison for each count upon conviction.

The motions states Natalie Khawam, the attorney for the family of Spc. Guillen, has made multiple statements to the media about Aguilar such as:

"She’s a terrorist. She’s a murderer. She’s a sicko. You know, she’s a danger to society."

And another instance when Khawam said:

“She did exactly how ISIS would treat one of our soldiers… They decapitate our soldiers. They dismember them. They light them on fire. She did exactly that to Vanessa who is a U.S. soldier and I want her to be treated as the same way and punished as a terrorist because she is."

The motion argues that "in her call for witnesses, Ms. Khawam implied that Ms. Aguilar was not deserving of the presumption of innocence or any other protections guaranteed to the accused under the Constitution.

Without a gag order, there is a substantial likelihood that extrajudicial comments by trial participants will result in an unfair trial."

Aguilar is being held without bond until the trial starts. No date has been determined for the start of trial yet.