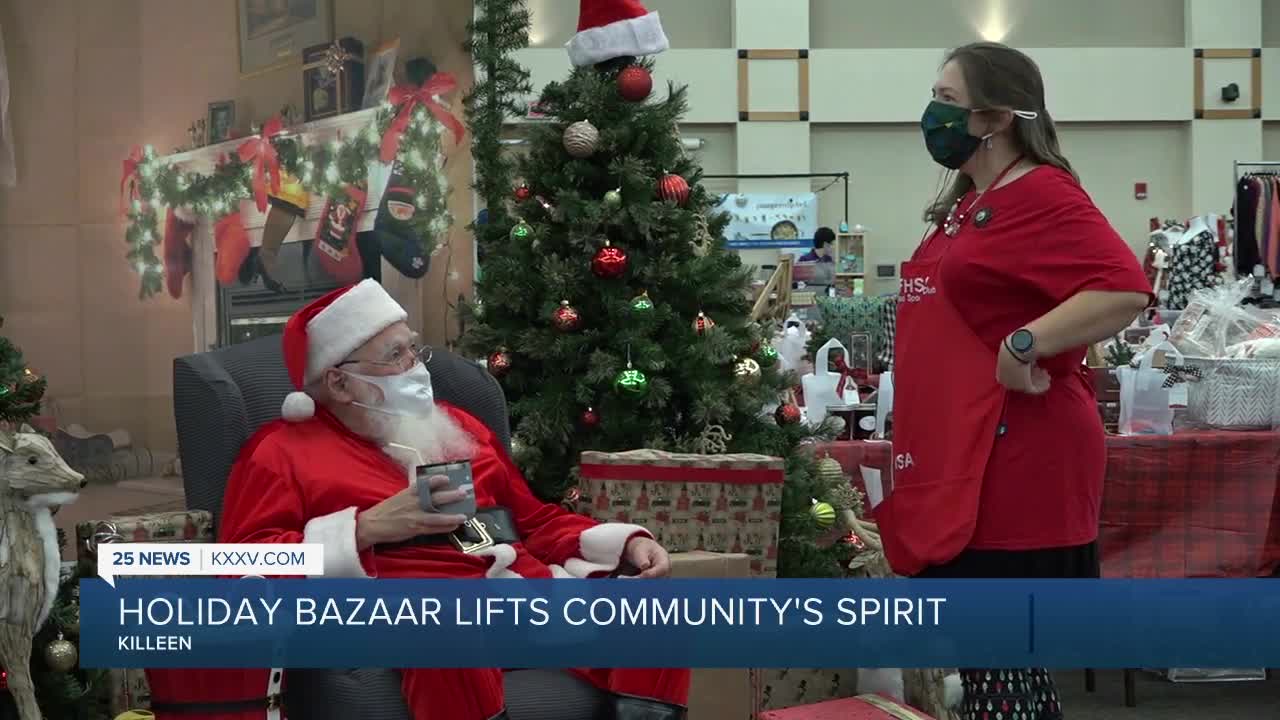 KILLEEN, TX — Dozens of vendors said being back at a craft show to sell their product is a Christmas miracle.

A part of those vendors are Susan and Gaylan McClellan. The two have been married for over 25 years.

Together, they have nine grandchildren. That’s a lengthy Christmas list to fulfill.

“We’ve got so many teenagers and they just want cash,” Susan McClellan said. “So it’s where we get our cash from, you know, so we can give them what they need and what they want.”

The couple have been crafting Christmas trees out of tinsel and coat hangers.

That’s right, the metal ones we all have in our closets.

However, they say it's been rough this year and its in order to rally up some extra cash around the holidays.

“The craft community’s real close, you know we look out for each other, and just everybody’s struggling that counts on this,” she explained. “It’s just made it really tough.”

The Fort Hood Spouses’ Club recognized that and made the decision to throw its 39th annual Holiday Bazaar.

Though, they had to reduce the number of vendors by nearly half to comply with Bell County’s rules.

“I mean when you do it 39 years, people come back, they have their spots, they know the other vendors, so it was heartbreaking but we wanted to do something,” Brooke Worden, the event’s organizer said.

The Bazaar gave 80 businesses a chance to sell their products, while plenty more customers were ready to spend their money and support.

Luxuries both were robbed of over the past few months.

Gaylan McClellan joked and said with his reduced paycheck this holiday season, his grandchildren may be receiving some I-O-Us, but he does want everyone to remember…

“Things may look weak, they could be worse, but it’s going to be better, and we’re just happy to be a part of helping these families out.”

The Fort Hood Spouses Club said providing an event for everyone to come and enjoy was high on their priority list. All proceeds the club raised were donated to 19 Central Texas nonprofits.