Report: 8% of homicides occur in Texas 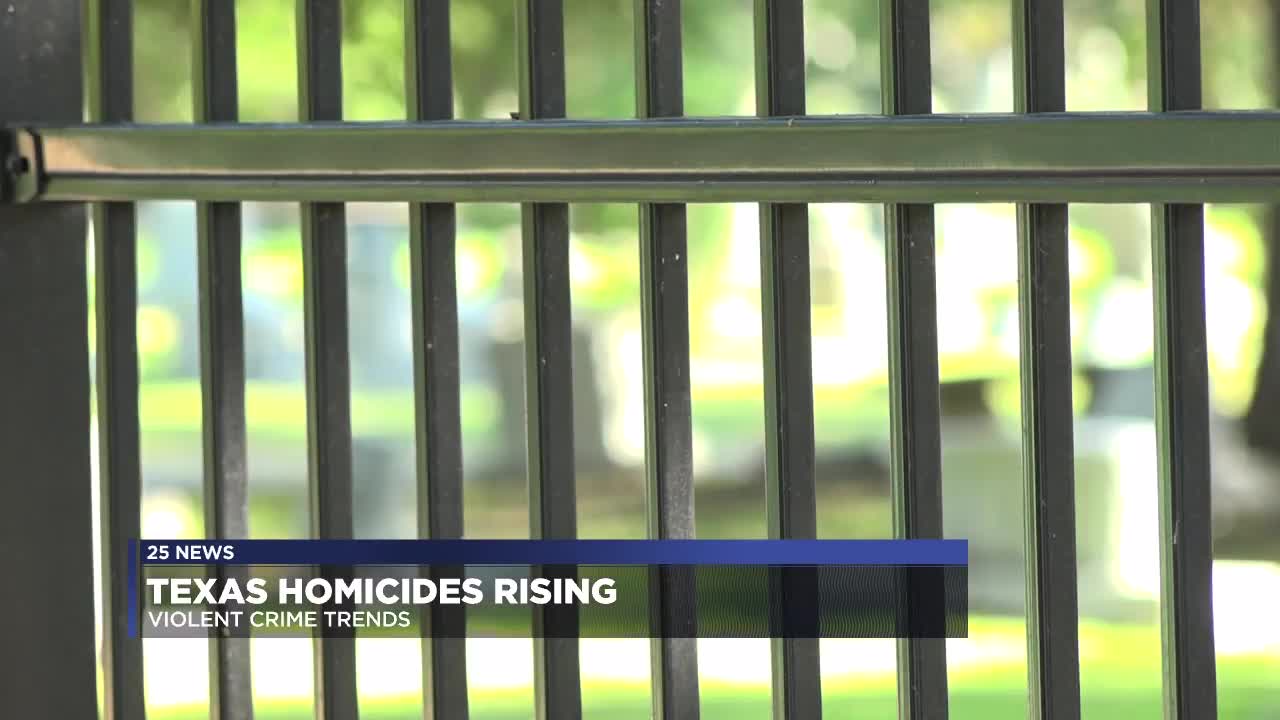 WACO, TX — According to the Center for Disease Control and Prevention's most recently published data, 1,653 deaths in Texas were due to homicide alone, accounting for over eight percent of homicide on a national level.

25 News investigated recent local violent crime after several shootings in Central Texas led to senseless deaths. The most recent violent crime was a shooting that claimed the life of 17-year-old Aqurius McPhaul, who was found dead with multiple gunshot wounds in the street near Oakwood Cemetery.

According to Waco Police, on Tuesday, September 10, a Baylor University employee reported a person lying in the street next to the Oakwood Cemetery. Police say he was shot numerous times and pronounced dead at the scene.

On Wednesday, the McPhaul family identified their son and are asking for help in finding his killer.

"He trusted everyone. He didn't think there was a lot of bad in people. Even if he knew there was, he thought he could change them. He did not deserve to be left in that street," said Aqurius' mother, Mary McPhaul.

"He would make sure that you were okay before he was okay. He would do without if it meant giving it to you or helping you," remembered Aqurius' father, Sherman McPhaul.

On Tuesday, Waco Police at the scene said, "So far we have no suspect or suspect vehicle information."

The McPhaul's explained they haven't heard anything yet from law enforcement, and hope the public will aid in their search for their son's killer.

"Anyone with any information, no matter how small it may be, please come forward. Today is us. You don't know what may be for you tomorrow," cried Mary McPhaul.

If you have any information in connection to the death of Aqurius McPhaul, you can call Waco Crime Stoppers to leave an anonymous tip at 254-753-HELP (4357).