Lawyer, families have Army on defensive 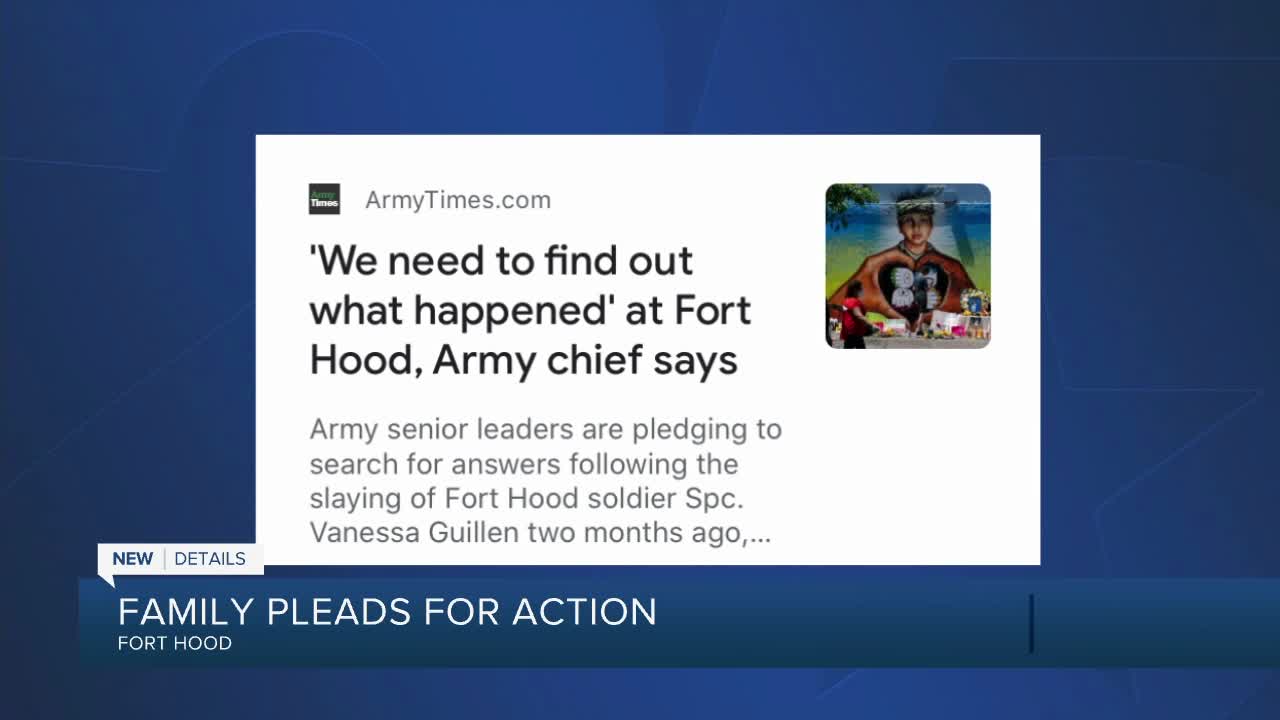 The death of Sgt. Elder Fernandes, who was found late Tuesday night by Temple Police, has set off a new storm of criticism against the leaders of the Central Texas Army post.

Many people, in the wake of the death of Spc. Vannessa Guillien, expected heads to roll at Fort Hood for her murder. Now with another soldier dead, some believe the post is due for an avalanche.

With the death of Sgt. Fernandes, the pressure is on, and there's no sign of it letting up.

"Look what happens when you report sexual harassment on Fort Hood. You get bullied. You get hazed. You get harassed. You turn up dead," said Natalie Khawam, attorney for the Fernandes family.

Hours after Temple PD discovered the body believed to be Sgt. Fernandes hanging from a tree near South 49th Street, the family's attorney went on the attack.

Khawam, who also represents the family of Spc. Guillien, has the United States Army on the defensive.

Khawam wants more than sympathy. She and the families of dead soldiers want action.

"The 13th soldier to be found dead on Fort Hood... yet where's the change?" asked Mayra Guillen, Spc. Guillen's sister.

Some change has come to Fort Hood, with its top leader's promotion on hold, a debate on what to call missing soldiers besides AWOL, top brass showing grave concern about the missing Fort Hood soldiers, and an investigation due to wrap up in October, all according to the Army Times.

"I can tell you that it hurts," said Maj. Gen. Broadwater.

"We as an organization strive our best each and every day to make sure that we're taking care of being the best leaders we possibly can for our soldiers. We're concerned for every soldier. That, that's the bottom line," said the major general.

But until that concern stops what Khawam and the families call a pattern of harassment and death, they'll push ahead for more heads to roll.

"What they did to him, the blood on their hands, it's a form of murder," she said.

Khawam and the families gained a very powerful ally in the last few days, as the senior United States senator from Texas John Cornyn sent a letter this week to Secretary of the Army Ryan McCarthy.

In part, the letter said, “I write to express my deep concern regarding the frequency with which soldiers stationed at Fort Hood have died, disappeared, or fallen victim to criminal acts over the course of the last several months".

It would appear the avalanche of heads rolling on Fort Hood may have only just begun.