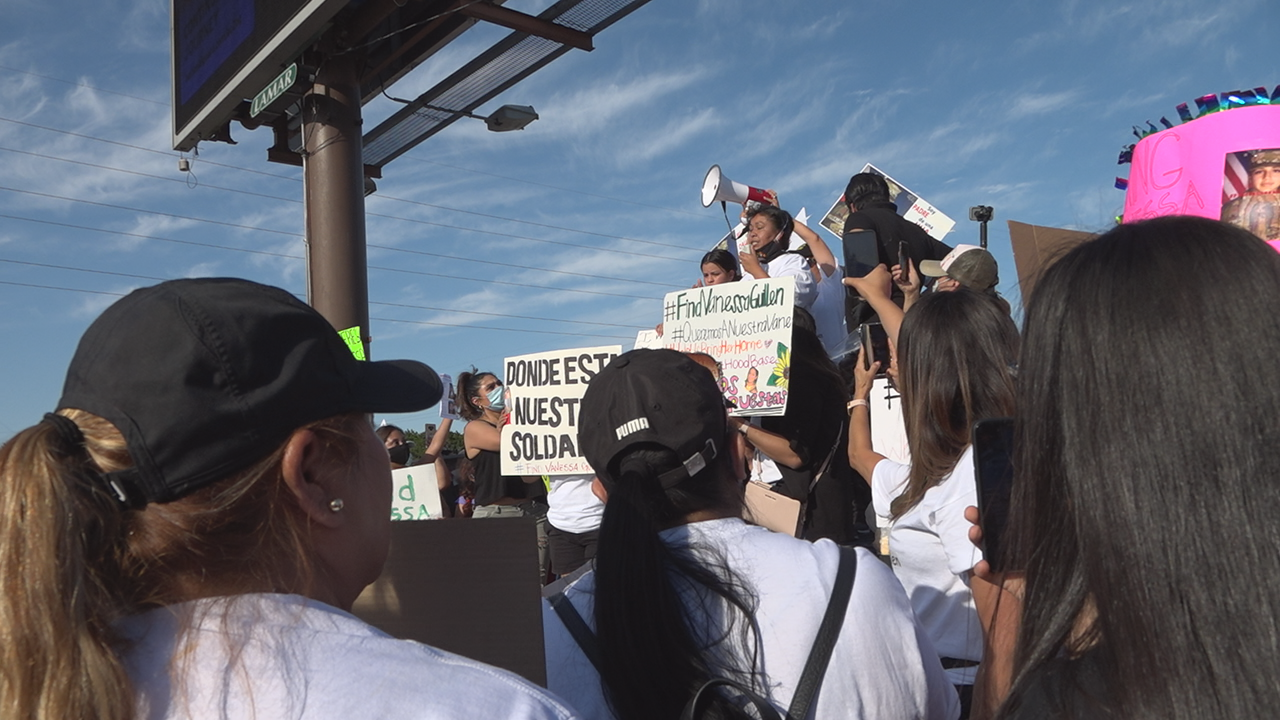 FORT HOOD, Texas — Hundreds of protesters gathered at the gates of Fort Hood to ask for answers in the case of Pfc. Vanessa Guillen who disappeared from the military base in late April.

The 20-year-old was last seen in the parking lot of her regimental engineer squadron headquarters on the base. She was wearing a black T-Shirt.

In the months since, few additional details have been released regarding Guillen's disappearance, leading her mother to question the work the military has done to find her.

"She wants an answer," Rosy Cruz, a distant family member from Fort Worth said. "She wants to know where her daughter is, what happened to her daughter. That's why she and everyone's here."

Protesters say they do not understand how someone could simply disappear on a base as heavily fortified as Fort Hood.

"We need them to answer the question of 'Where is she?'" Cesar Espinosa, a protest organizer from Houston said. "It's unfathomable that in a base such as this that is federally secure they don't know who is coming in or going out or what happened to Vanessa. She did not just disappear into thin air."

The group came together at the corner of Fort Hood St. and Rancier Ave. in Killeen, holding up signs toward cars leaving Fort Hood that said "Where is Vanessa?" and "Answers for Vanessa."

In a statement earlier this week, Col. Ralph Overland, commander of Guillen's regiment said, "We will maintain our resolve to locate Pfc. Vanessa Guillen and will continue our efforts until she is found. We will never quit searching."

"This movement is gonna keep growing," Espinosa said. "We've seen this family be very committed to finding Vanessa and we're gonna continue to support them until they get the answers they deserve."

The protest brought in hundreds from across the state of Texas. Several Killeen residents were joined by people from Gatesville, Belton and Copperas Cove, while others drove from Houston and Fort Worth to show their support.

"For us as a military family," Sally Martinez, a protester from Copperas Cove said. "We should be connected and this does not not count. We should all be out there trying to help out and give support to the mother, the family."

Martinez was one of many at the rally with no connection to Guillen or her family.

Family members say this may not be the final rally held in Guillen's honor. They say they plan to continue pushing the military to continue the search until Vanessa is found.