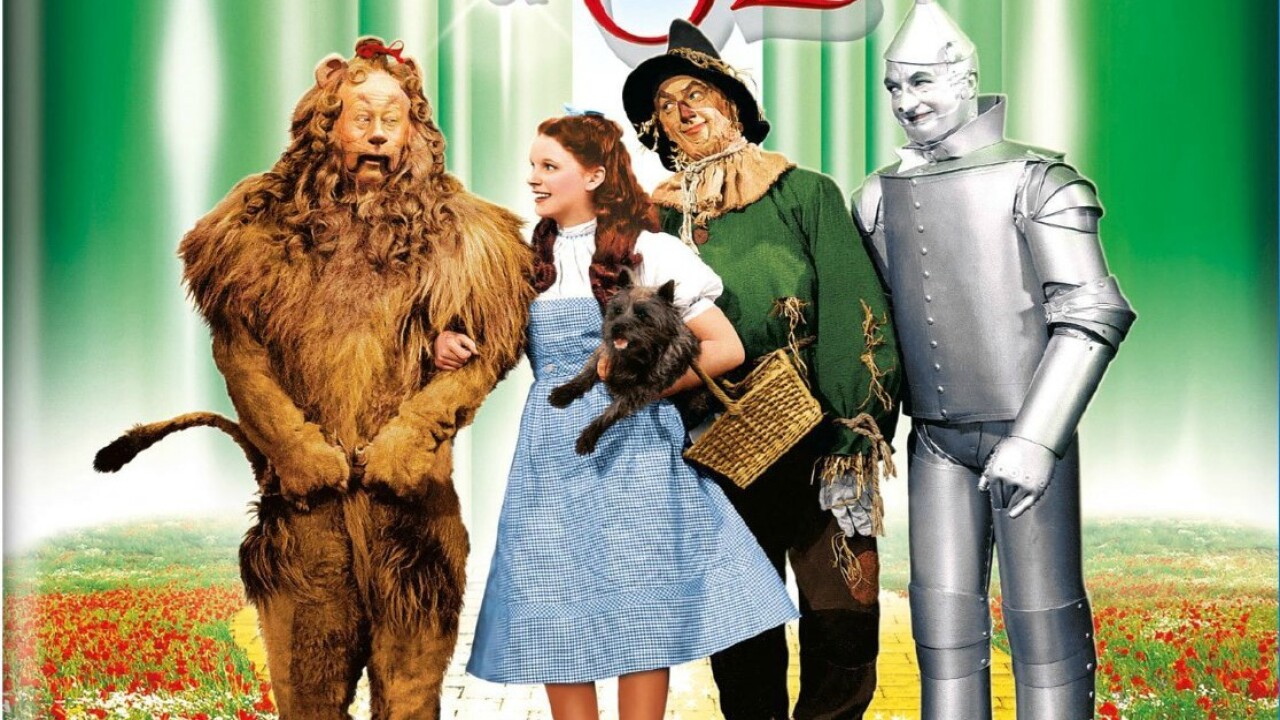 Eighty years after “The Wizard of Oz” debuted in theaters, a famous black-and-white-checked dress worn by the main character is up for auction again.

The gingham pinafore dress worn by Judy Garland playing Dorothy Gale is estimated to be worth between $350,000 and $500,000. It’s up for auction through Profiles in History, which is hosting a giant auction of items from movies.

The “Icons and Legends of Hollywood” auction is historic for the company and it will feature more than $10 million worth of Hollywood history, including the iconic “Wizard of Oz” dress.

The dress was used by Garland and by Barbara “Bobbie” Koshay, who wore it in the scene in which Dorothy opens the door to Munchkinland.

Koshay was Garland’s body double in the 1939 movie.

Dorothy Gale’s Iconic “The Wizard of Oz” Dress is Up for Auction 80 Years After the Film’s Release. Dorothy Gale’s dress from “The Wizard of Oz” is going up for auction 80 years after the film’s debut in theaters. The gingham pinafore dress, which has been listed as an auction piece by Profiles in History, is estimated between $350,000 to $500,000. Please note this is the black-and-white dress worn in the film during the scene in which Dorothy opens the door to Munchkinland that is up for auction, not the blouse that was used during filming under Richard Thorpe’s direction before it was scrapped. Profiles in History launches the auction on September 25 and 26 in Los Angeles.

This isn’t the first time the dress has been put up for auction. People Magazine reports that in 2015, three bidders got into a bidding war over it, and the winner paid $1.56 million for it.

For that auction, which also offered multiple Hollywood items, organizers had estimated the dress would sell for up to $1.2 million.

“The dress is one of only two complete Dorothy costumes in existence,” a representative of Bonhams Auction House said at the time of the sale.

The Dorothy dress isn’t the only popular costume from “The Wizard of Oz.” In 2012, the Cowardly Lion costume was auctioned off, and the highest bidder won it for $3 million.

That makes the lion costume the highest-valued costume from the movie.

Here’s a picture of the Cowardly Lion in the movie, from @thewizardofozmovie Instagram account. He was played by Bert Lahr.

Of course. the ruby red slippers are also a coveted piece of “Wizard of Oz” memorabilia. There are reportedly 4 or 5 pairs in existence; they are said to be worth $2 million.

One pair is located in the Smithsonian’s National Museum of American History and another was stolen in 2005 from the Judy Garland Museum in Minnesota but located and returned in 2018.

It will be interesting to see what the bids for Dorothy’s dress get up to in the next auction, which takes place Sept. 25-26 in Los Angeles.

Let us know if you are the one who takes the yellow brick road to the auction house to get the amazing “Wizard of Oz” costume!