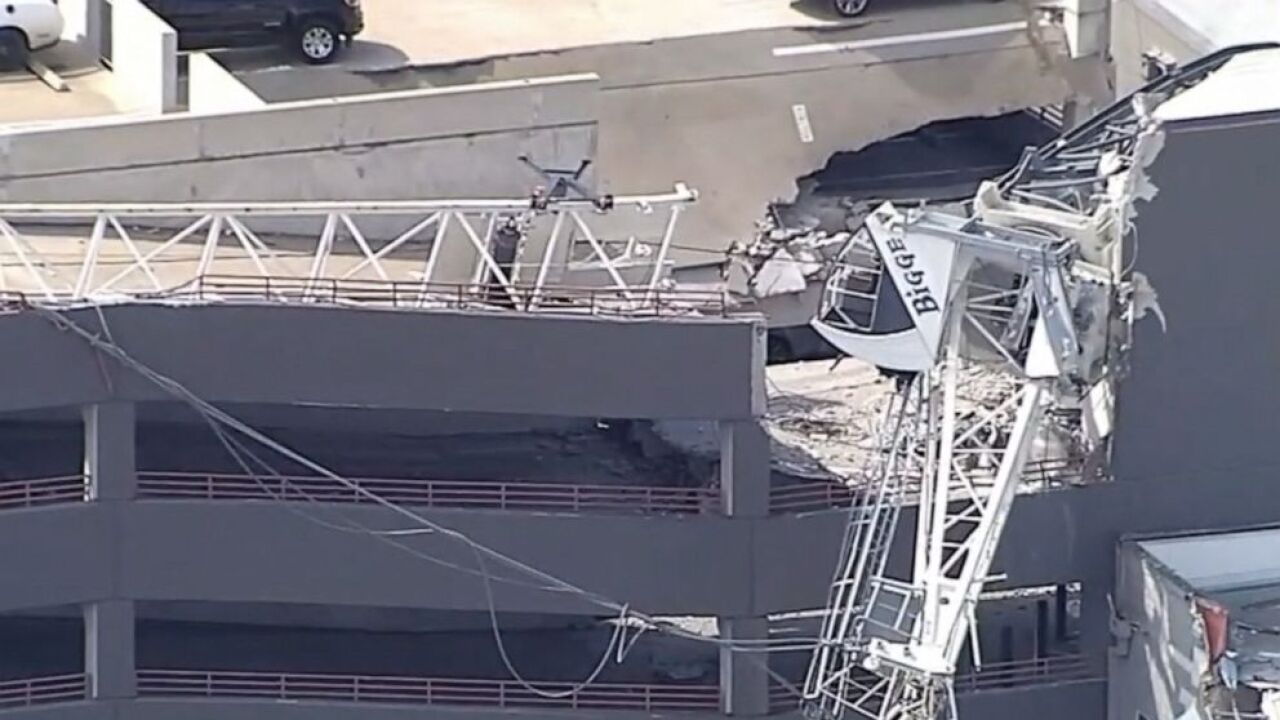 A crane collapsed on a Dallas apartment building and parking garage on Sunday, killing at least one person and injuring five others, according to rescue officers.

The crane tore through multiple floors of the five-story Elan City Lights residential building near downtown Dallas at around 2 p.m., Dallas Fire and Rescue officials said, as severe weather touched down in the area.

Officials did not offer details on those who were injured, but officers said they were being treated at two area hospitals

“The situation is still ongoing and circumstances are still developing, so a lot of what I give you may, in fact, change by the time we depart the scene,” Evans said during a press conference near the accident.

He said the building suffered multiple collapses in different parts of the structure to include residential spaces as well as the parking garage.

“Right now our number one priority is the living area on the eastern-most side of the building where it appears that all five stories at some point inside the structure have collapsed,” Evans said. “This is the same area in which the deceased person was discovered.”

He signaled that the number of victims could increase as the investigation progresses, noting that some areas were far too dangerous for officers to inspect.

“Right now, every single level of the parking garage, in part, has collapsed. We have multiple vehicles reported inside that collapse zone,” he said. “Of course, we have no idea at this point whether any people were in those cars or in that parking lot general.”

“We have areas where we were not able to conduct primary or secondary searches on out of concerns for safety for our first responders,” he added.

All units have been searched and everyone is now accounted for, police said.