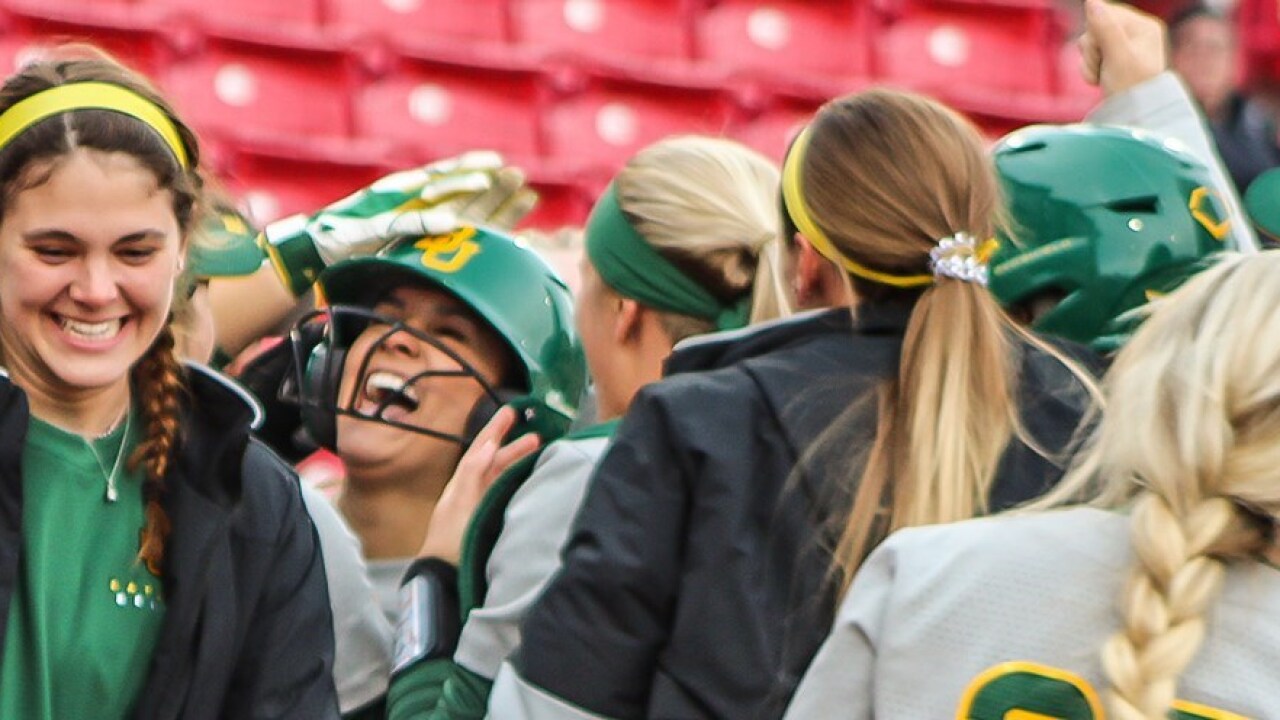 FAYETTEVILLE, Ark. — Down by a run heading into the top of the seventh inning, the bats for No. 19 Baylor (15-2) came alive as the Lady Bears plated a pair of runs in the frame to earn a hard-fought 3-2 win at No. 21 Arkansas (12-3) Thursday night to open up the Wooo Pig Classic.

Lou Gilbert led off the frame with a single up the middle, her third hit of the day. Goose McGlaun followed with a double to deep left center field to put a pair of runners in scoring position with no outs.

That brought up Taylor Ellis, who re-entered the game after going down in the bottom of the third inning due to injury. She hit a single to left field to tie the game. Maddison Kettler then delivered what would be the game-winning RBI with a double, her first of the season.

Baylor had four-straight hits to start the seventh inning and take the lead. On the night, Gilbert led the way for BU at the plate as she went 3-for-3.

The Lady Bears got on the board first, courtesy of Alyssa Avalos. With two outs in the top of the third, Avalos blasted her first career home run over the center field wall.

Arkansas took the lead an inning later with a two-run home run. For the most part, the Baylor pitching staff kept the Razorback hitters off balance as Arkansas finished with only four hits. That tied for the Razorbacks’ second-lowest hit total in a game this season.

Gia Rodoni got the start in the circle and gave up two runs off three hits with seven strikeouts through five innings. Aliyah Pritchett picked up the win as she held Arkansas scoreless off one hit with a strikeout through two innings of work.