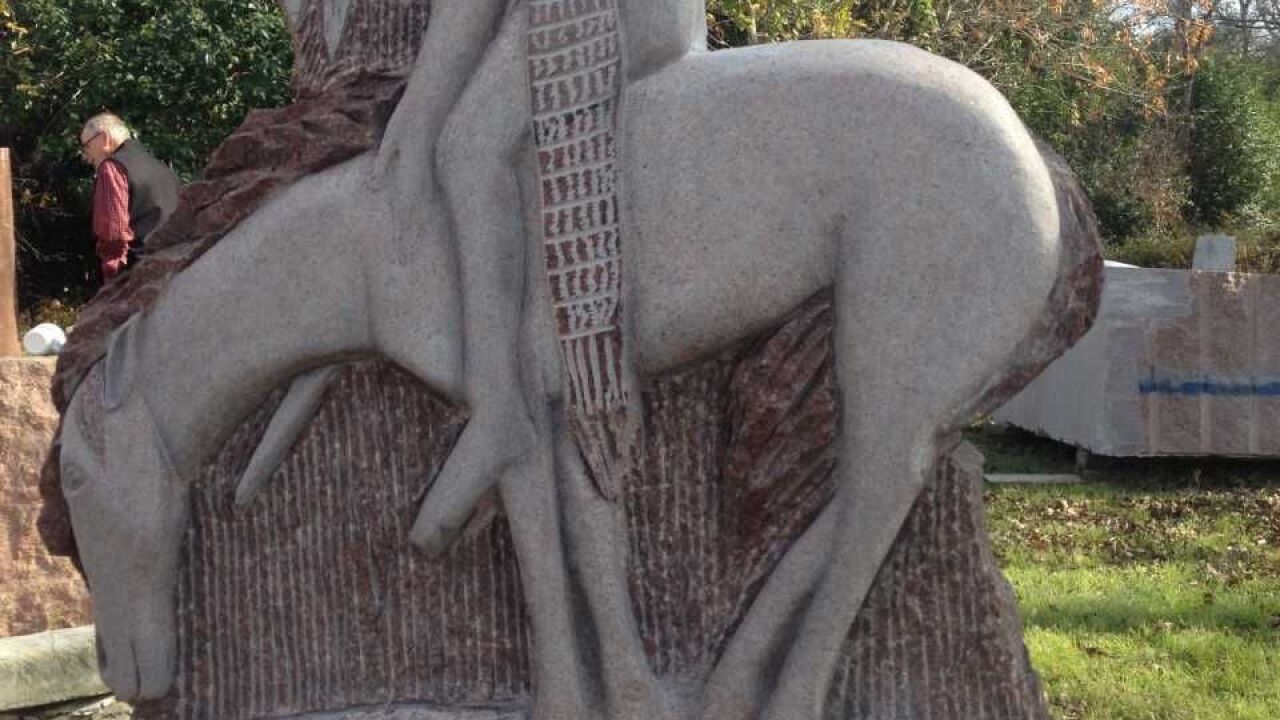 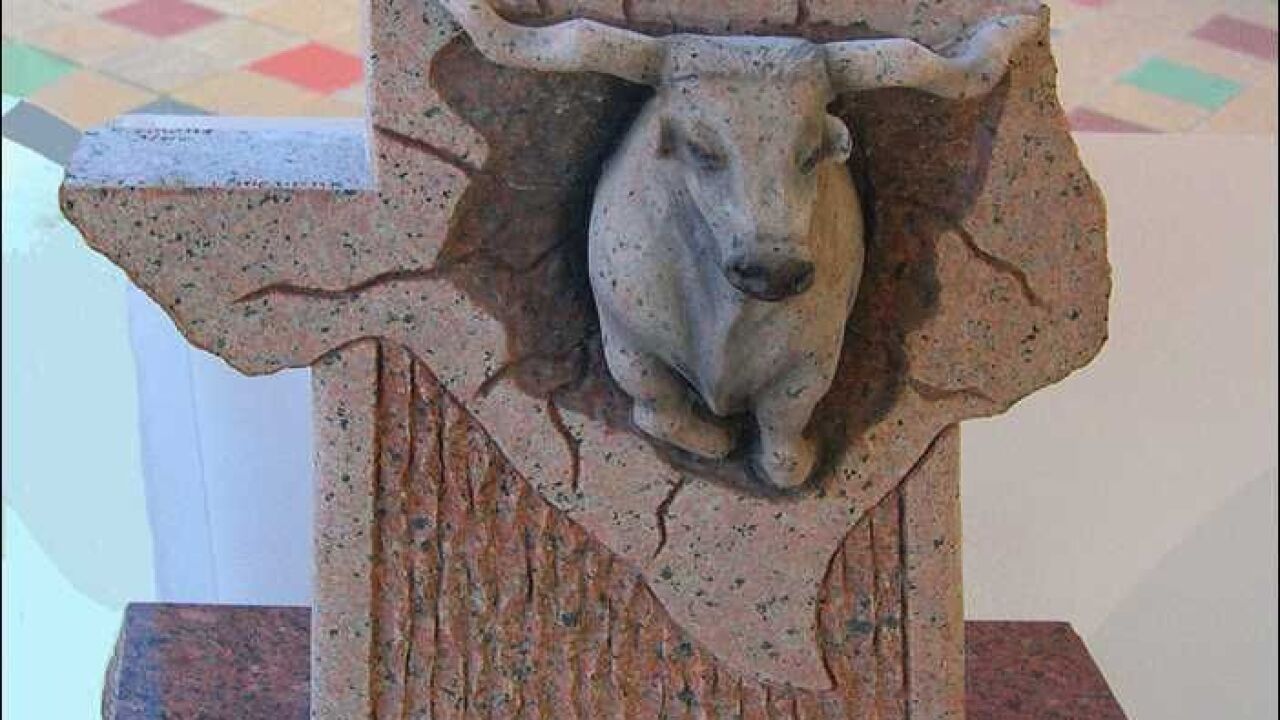 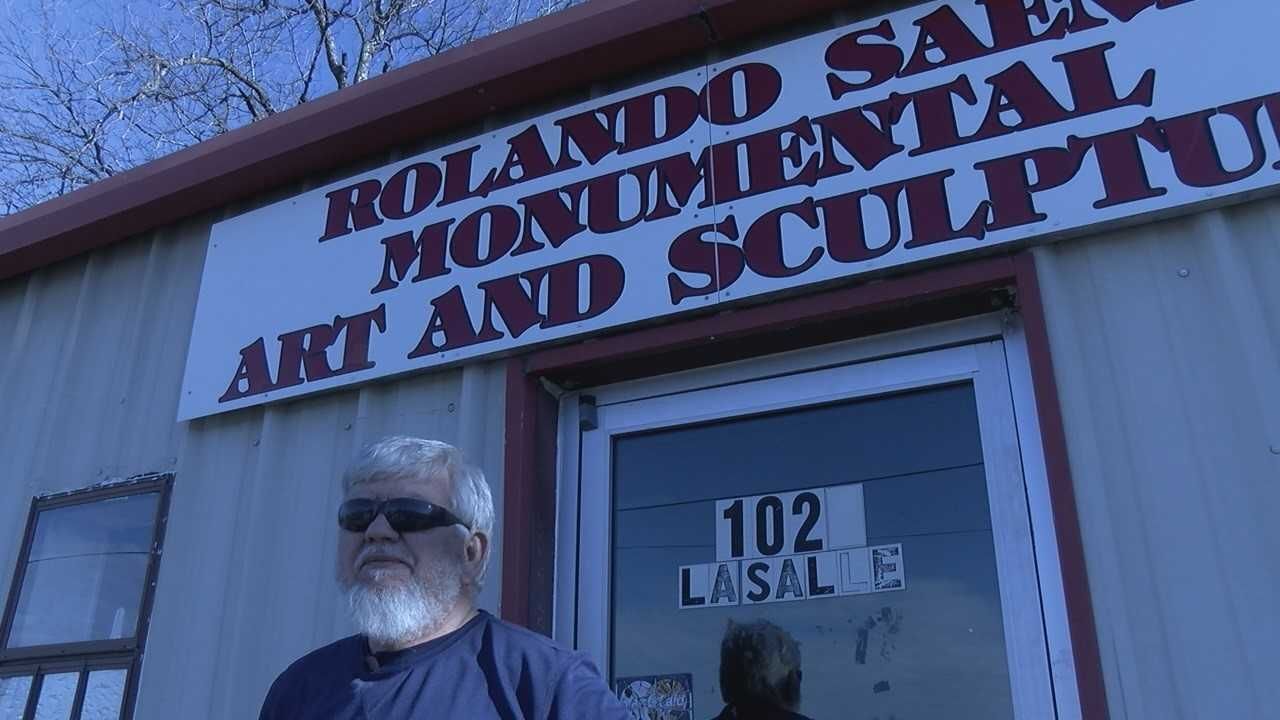 With a hammer and chisel, Texas artist Rolando Saenz has carved out a beautiful life full of family and art.

The South Texas-born artist is one of the only sculptors in the state who creates stunning monuments.

"Just hearing the sound of the granite ringing every time you strike that chisel and that granite just sounds real loud," said Saenz.

By hand and by eye, Saenz is still sculpting when so many others put down their tools.

"I just pride myself in doing the best work I can. To the best of my ability. I like when customers know they really got something locally that I really put my whole heart, my mind, and my soul into it," said Saenz.

That spearheading spirit was kindled in South Texas.

"I was born in San Diego, Texas, and raised in Realitos, Texas," said Saenz.

"Growing up in South Texas, your family didn't worry about you hunting rabbits and working in the fields. That's all we did. I started picking cotton at 9 years old. It wasn't fun. That was the worst thing I ever did," said Saenz.

"I always knew I was going to be an artist. I always had that drive mainly for drawing and painting," Saenz said.

His father wasn't so sure.

"You gotta provide for yourself and your family. If you don't work, you don't eat," said Saenz.

But Saenz had a passion to feed. He was recruited by a monument company to eventually come to work in Central Texas.

Just getting started in Waco, creating a gallery of granite art, Rolando's life was changed both professionally and personally.

"My dad died in 1987 and I started to carve the last supper, life-size. That was my first 3D sculpture," Saenz said.

"In between those seven years it took to carve, I had a dream. My father came to me with his mother who I never met because she died when I was a baby and he told me in the dream, 'why are you doing this?' And his mother tells him, 'let him finish. Let him complete this work,'" Saenz said.

It is now his life's greatest work. And at age 63, his inspiration is easy to find.

"If I was to die today or tomorrow, at least I got to see my grandkids," Saenz said. "Those kids are my life right now."

He's teaching them everything he knows and has one more passion project on his list that takes him right back to the small South Texas town where his dreams were born.

"The Texas Ranger Company D was stationed there and there's a famous photograph. That picture is famous and it was taken in my hometown in the 1800s. I'd like to do a sculpture of that one day before I get too old," said Saenz.

But even with aching hands, his heart carries the load.

"I'm still here and I enjoy what I do and I'll keep doing it until I can't as long as I can go. I'll be working until somebody finds me out there under a rock," said Saenz.

You can commission Rolando Saenz's work or see more of his art on his website.

"Texas Voices" airs every Monday at 6:30 p.m. and features the artists, musicians and creatives in our great state.