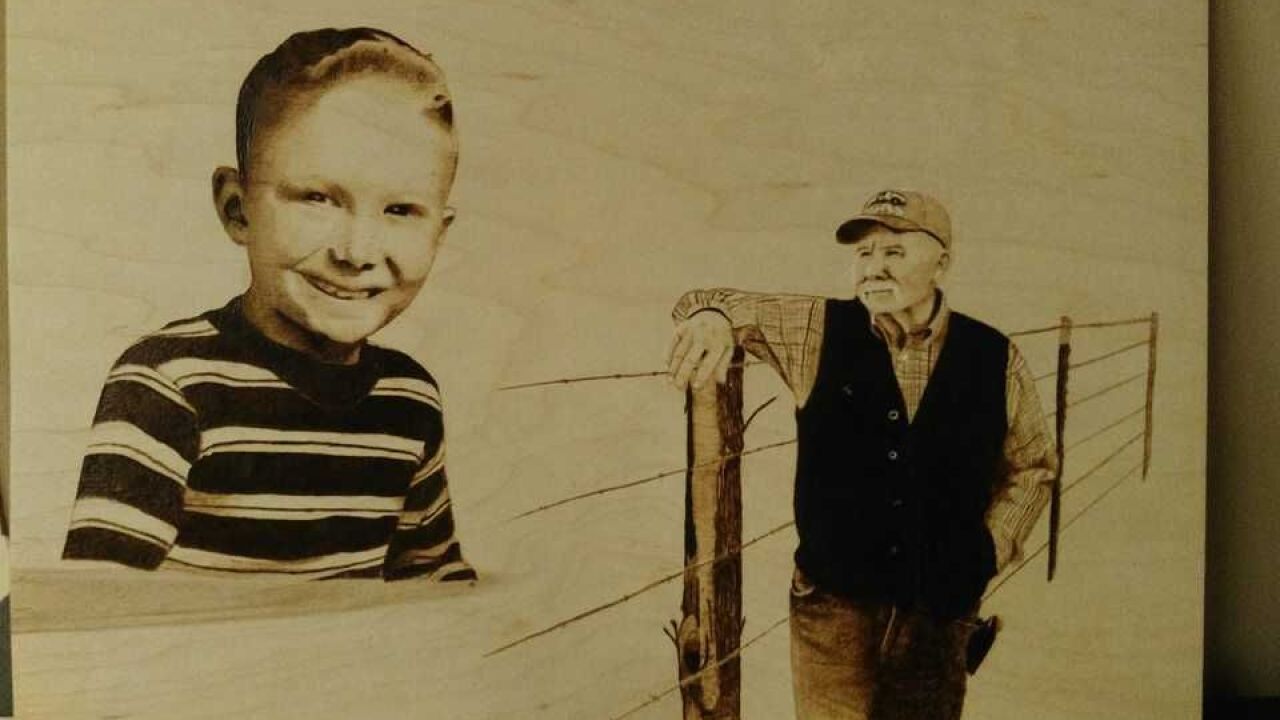 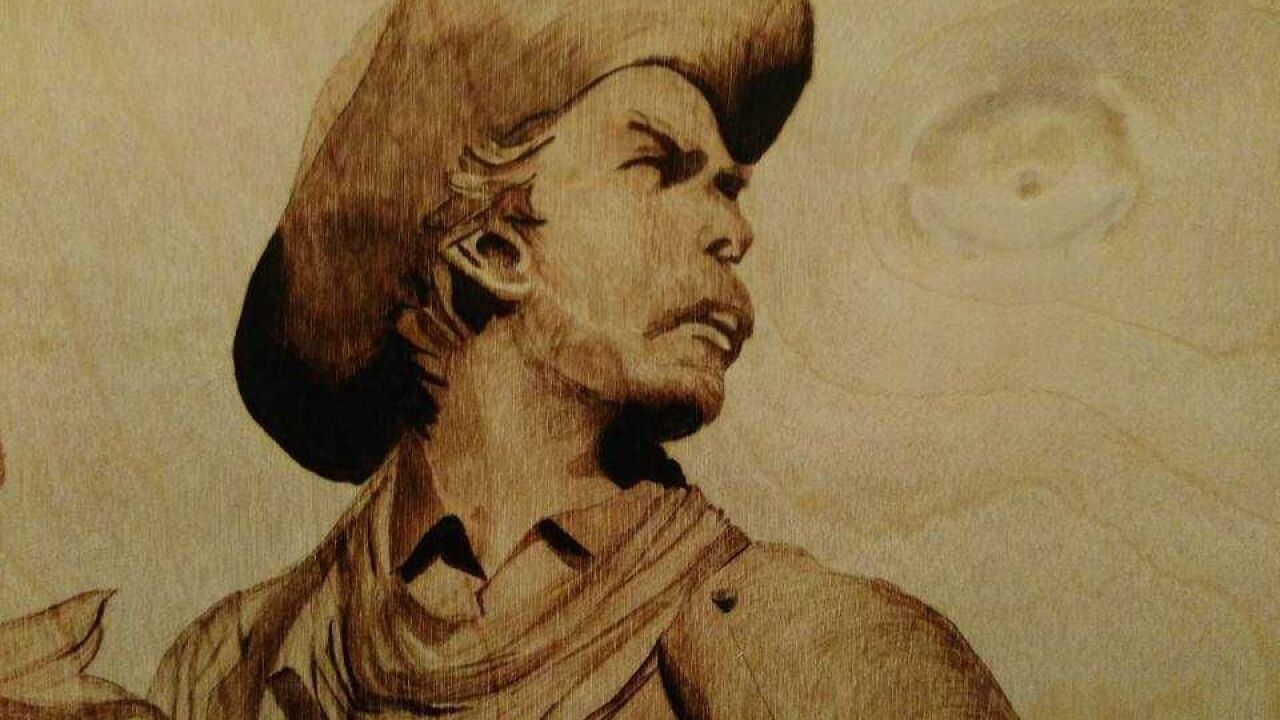 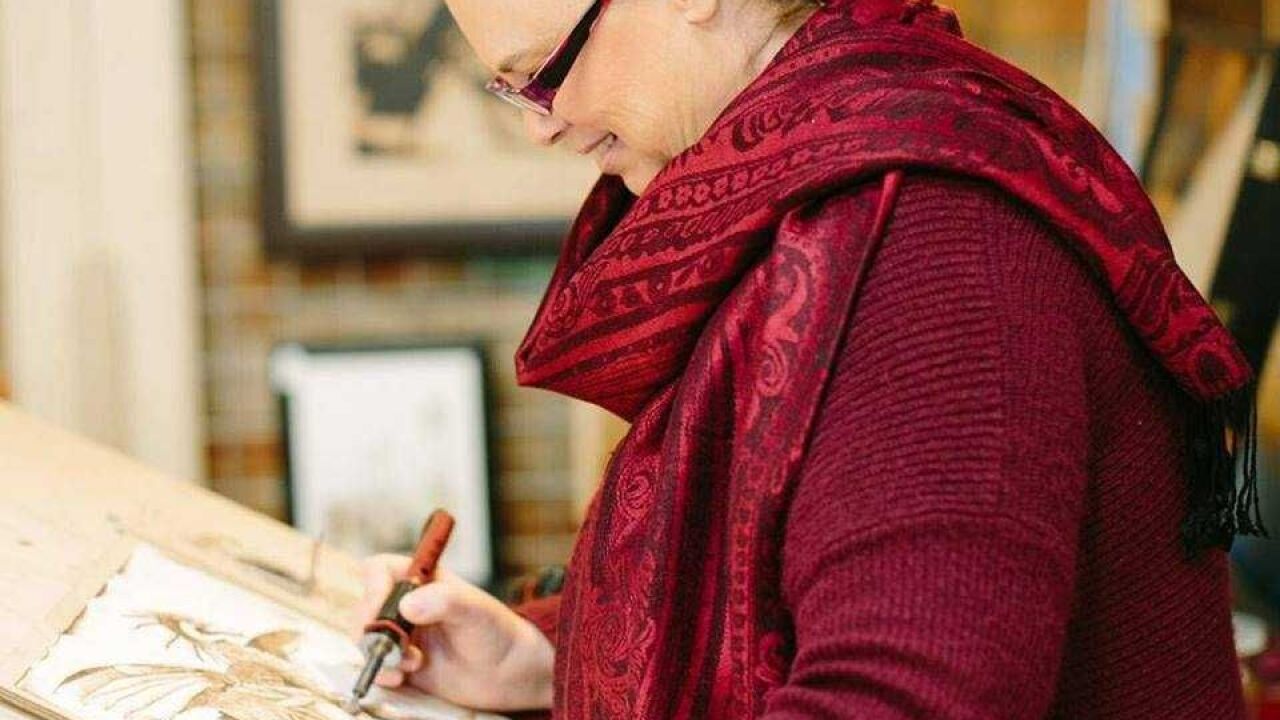 The artwork of Marsha Wilson look like incredible, intricate drawings. But take a closer look, and you'll make a delightful discovery.

"I try to brighten the world with what I do...art should make our life beautiful," said Wilson.

The smoke wafts off the wood like a stray spirit of Marsha Wilson's pioneering ancestors. The Waco artist's grandmother traveled to Texas in a covered wagon. Wilson was raised with sisters in the countryside of Parker County.

"We climbed in trees. We played in the hay barn. We went fishing in the tank. We ran barefoot all day long as we could until we got in the front yard. The front yard had grass spurs," Wilson said.

The pace was perfect for what was to come. Wilson's mother was a crafter and passed that passion on to her.

"That was great fun. We had a different project going on all the time," she said.

But at five years old, she decided she was not as good at drawing as her older sister.

"I figured I couldn't draw and I kind of gave up on it," said Wilson.

Creativity never ceased. She continued crafting during the births of five daughters. But while homeschooling, the stay-at-home mom found a fire that had been burning all along.

"The wood burner was sitting in our closet for 20 years. It just sat there doing nothing," she said.

Pyrography found Wilson. Dating back to the 17th century, pyrography means "writing with fire" and some of the earliest recorded histories describes its use by tribal cultures. With technology, its use fell out of favor.

"People don't put that kind of effort into making documents now. You pick a map up and you're going to see the name and they don't want it flowery anymore unless it's a Hallmark card," she said.

A tedious task that takes control and patience but people find the end product...profound.

"That look of surprise. It's like, what do you mean it's burned? That wonderful moment of discovery is extremely invigorating and encouraging to keep doing it. I love to see that look on people's face in the delight of discovery," said Wilson.

Marsha burns at her studio in downtown Waco's Cultivate 7twelve. Her philosophy of art is pure.

"Whatever inspires me. It's got to have good bold shadows. If I like it I try to do it. If I don't like it, I put it aside and go on to the next one," said Wilson.

"Have you always lived life this way? Where you're getting to (create freely)?" asked Central Texas News Now Anchor Lindsay Liepman.

"No," said Wilson with a laugh.

"Isn't it wonderful to feel free to create?" asked Liepman.

Just like the days of running through the ranch as a little girl, it's the same freedom.  And Wilson has a message for her younger self.

"Draw more. It was there all along. I would encourage her to keep drawing and try painting and don't give up because it's going to look ugly for a long time before you start liking it," she said.

Sometimes commissioned as a special gift or a symbol of her own faith. Wilson intentionally creates beautiful and awe-inspiring artwork.

"I found out early on that there's a real dark side to pyrography and it has to do with it being burned and flamed. I didn't want to be drug into that dark side.  I'm a firm believer that if you try to stay on the sunny side of the road, your life will be happier," said Wilson.

You can commission her artwork or learn more by going to her website or connecting on Facebook. Her studio is located on the second floor of Cultivate 7twelve at 712 Austin Avenue in Waco.

Marsha will have a solo show at the Fort Worth Community Arts Center starting Jan. 4 through February.

"Texas Voices" airs every Monday at 6:30 p.m. and features the artists, musicians and creatives in our great state.