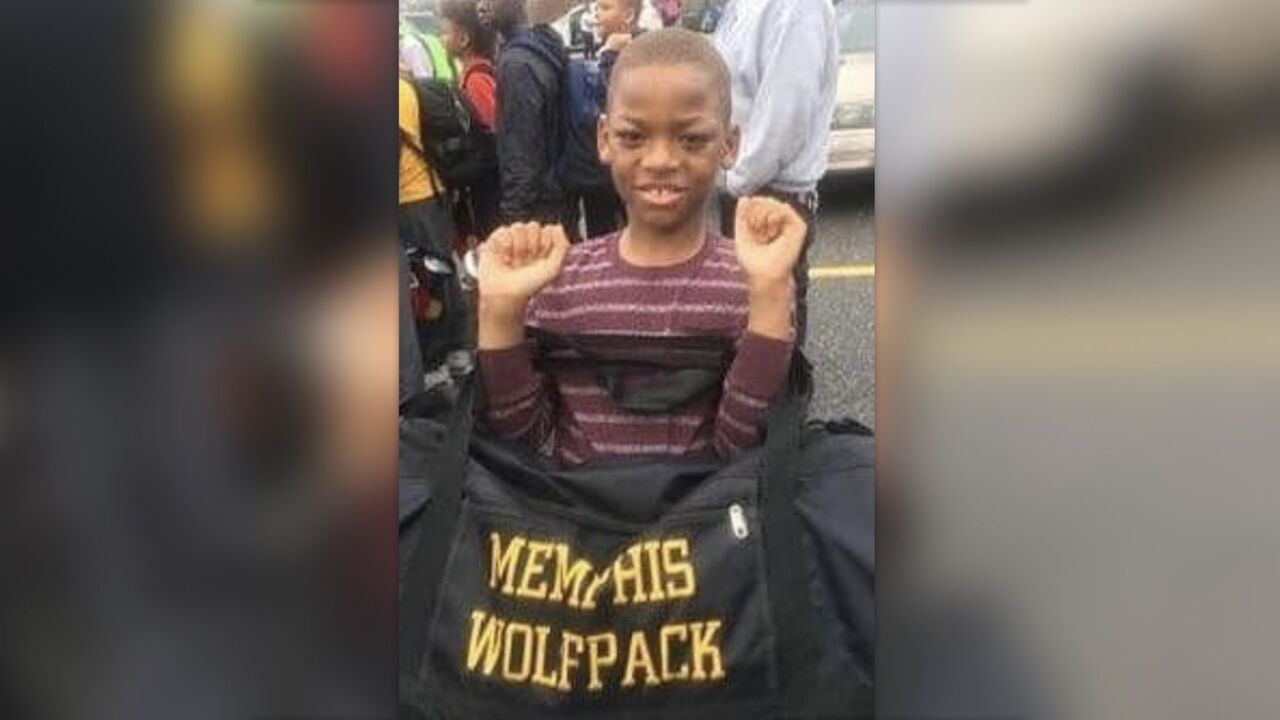 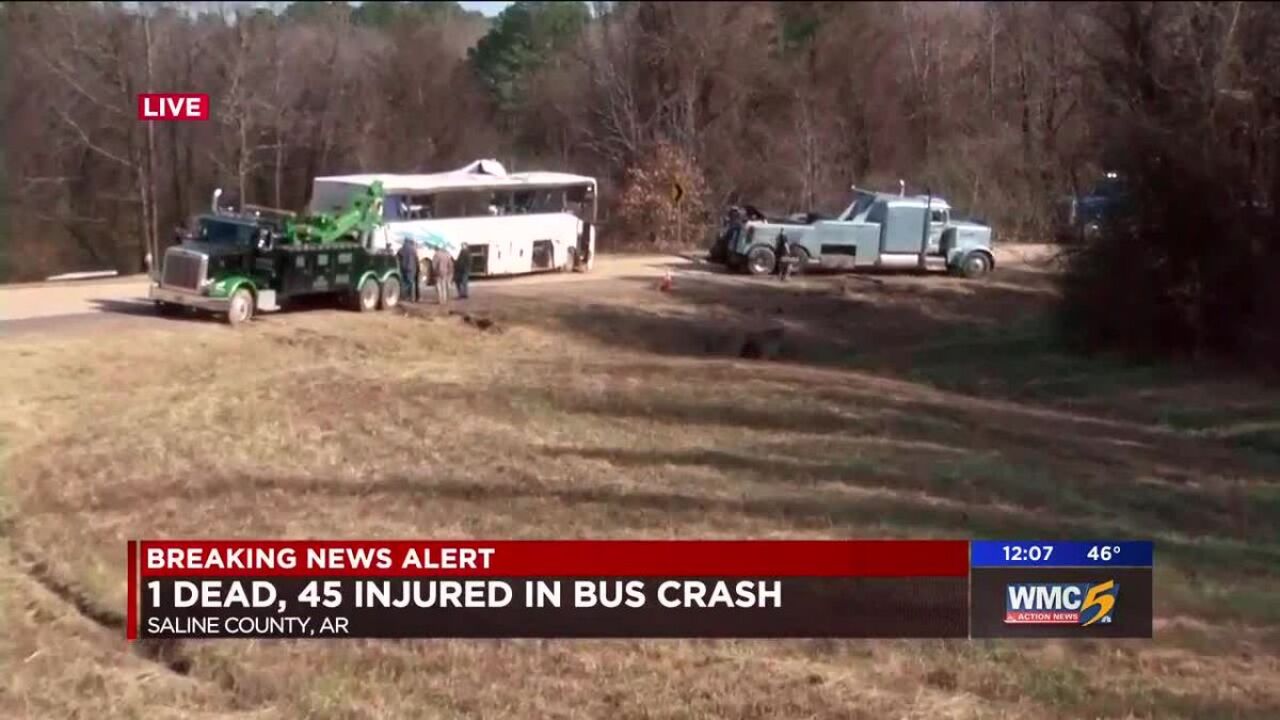 One child died and 45 passengers were injured after their charter bus overturned on I-30 near Little Rock, according to Arkansas State Police. The Saline County Coroner’s Office says 9-year-old Kameron Johnson died in the crash.

"They went their children there so they could have opportunities that they sometimes don’t have, and for something like this to happen and for a parent to get a call in the middle of the night or a knock on a door, that’s just absolutely tragic,” Halbert said.

The crash happened around 2 a.m. Monday in Saline County as the Orange Mound Youth Association was coming back from a tournament in Texas.

The youth football teams played under the Orange Mound Youth Association, but the families were from all over the city, making up a team of all-stars.

“This was a huge thing for the boys,” said Coach J.T. Btagnaw, director of Tipton Crush. “They looked forward to it. We practiced for the last six weeks. A huge thing.”

Arkansas Children’s Hospital in Little Rock has received over 20 patients at its ER from the bus accident on I-30. Families needing information should call the main hospital at 501-364-1100. A family center is set-up. Families can come to the main entrance & will be taken there. pic.twitter.com/8wGiMRNrKD

Children ages 7 to 12 were on the bus at the time of the crash along with four coaches and several parents. One coach tells us the bus rolled four times before coming to rest on its side.

Those who were injured were taken to area hospitals, including 26 children went to Arkansas Children’s Hospital all in stable condition. All but four have been discharged. Two patients underwent emergency surgery.

“The injuries have ranged really from injuries to the skull and brain to lots of lacerations, lots of broken bones and lots of contusions,” said Dr. Todd Maxson, chief surgeon. “We saw the whole gamut of that today.”

Maxson says the remaining patients will likely be released in the next few days.

Thirteen patients were taken to Saline Memorial Hospital and all were discharged by late afternoon.

One coach said there were players from four different area teams on the bus.

Speaking from a wheelchair, Coach Damous Hailey said he was sitting near the bus driver and felt the bus flip multiple times while he held onto a pole. He said there were seat belts on the bus but it’s not clear how many were in use.

“I was sitting in the very front seat, the bus driver was over there," Hailey said. “All I heard was a swerve then it started flipped and went down a hill, and down another hill. After that we started trying to calm the kids down and get as many that we could off the bus.”

After the crash he said he called 911 while parents tried to get help.

“I got up to check on the kids," Hailey said. "I was in pain but didn’t feel any pain, because I had to get the kids off the bus, I didn’t know if it was going to blow up.”

On behalf of all Memphians, our hearts and prayers go out to the Orange Mound children and their families involved in this morning’s tragic bus accident in Arkansas.

At least four players on board the bus are students at Aspire Public Schools in Memphis, including the player who died, according to the district.

"It is with a heavy heart that we share unfortunate news about Aspire Public School Memphis scholars who were involved in a tragic accident. This morning, a bus carrying a youth Orange Mound Football team crashed outside of Little Rock, Arkansas. We have confirmed with family members that at least four Aspire scholars were on that bus. The one fatality was an Aspire scholar. This is a difficult time for all of us and we will have counselors available for our students and staff. We are providing support to these families and our scholars during their time of need.”

Congressman Steve Cohen also released this statement in response to the accident:

“I am saddened to learn about the terrible accident that cost the life of an Orange Mound youth football player this morning. My deepest sympathy goes to his family and friends. The team was representing one of the heartbeats of our community, historic Orange Mound, and my thoughts are with the many reportedly injured in the accident and their families.”