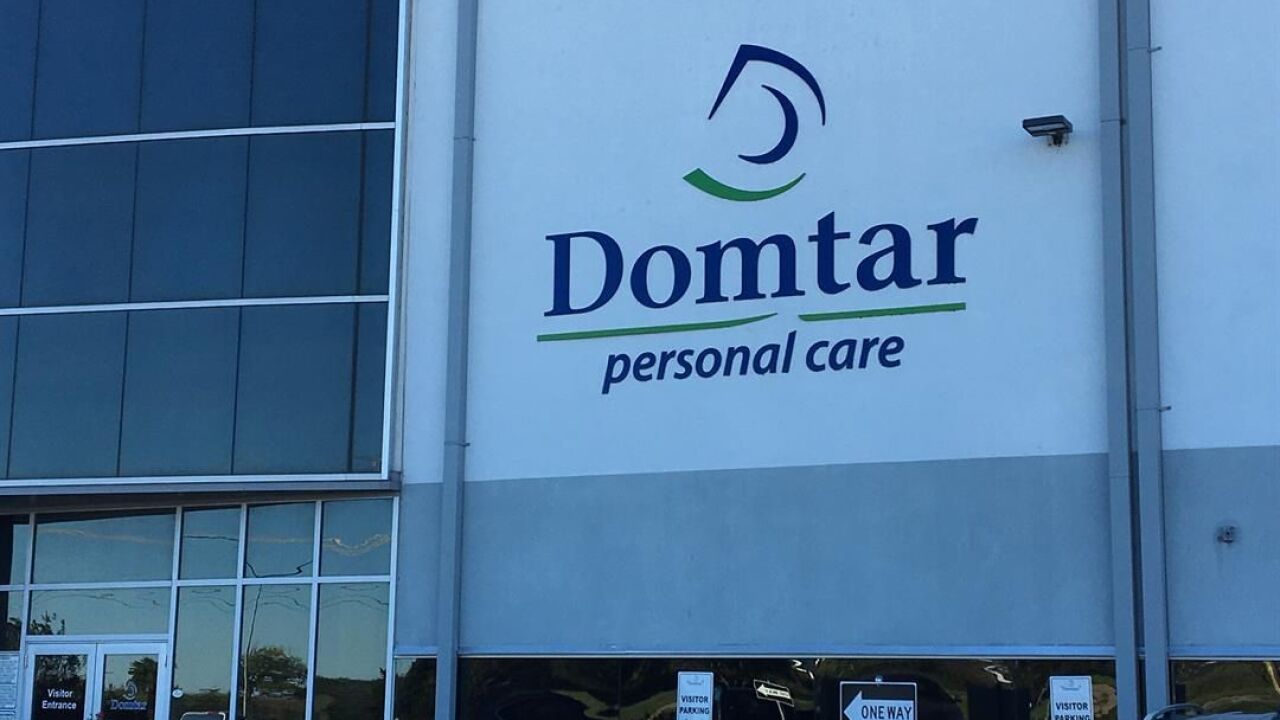 On Thursday, employees at the Waco Domtar Personal Care facility learned the plant is set to close in 2019.

The plant, located at 2101 Texas Central Parkway, has 145 employees.

"It wasn't a decision that was taken lightly. They've been looking at this for a long time. We've made some major cost reductions and we've tried to do everything we can but the decision was made and announced [on Thursday]," Waters said.

Officials said a bid loss, an increase in raw material prices and a decline in birth rates contributed to the decision.

Waco Plant Manager Clay Hood said they sent employees home with pay after the announcement was made.

"It has been an emotional day. They have taken the news very well but I can't separate myself from the fact that their job will go away," Hood said.

According to the company's website, Domtar's Personal Care division is a manufacturer of high-quality absorbent hygiene products for adults, babies and children.

In a press release, John D. Williams, Domtar President and Chief Executive Office said the closure will reduce the company's cost base and strengthen its long-term competitive position.

"Our focus now is to ease them into transition and enable them to be successful in their next venture," Hood said.

The chamber of commerce said unemployment is low in the community and there are many opportunities for those affected.

Domtar received three grants from the Economic Development Corporation as an economic incentive but it will have a portion of two of them because of the closure.