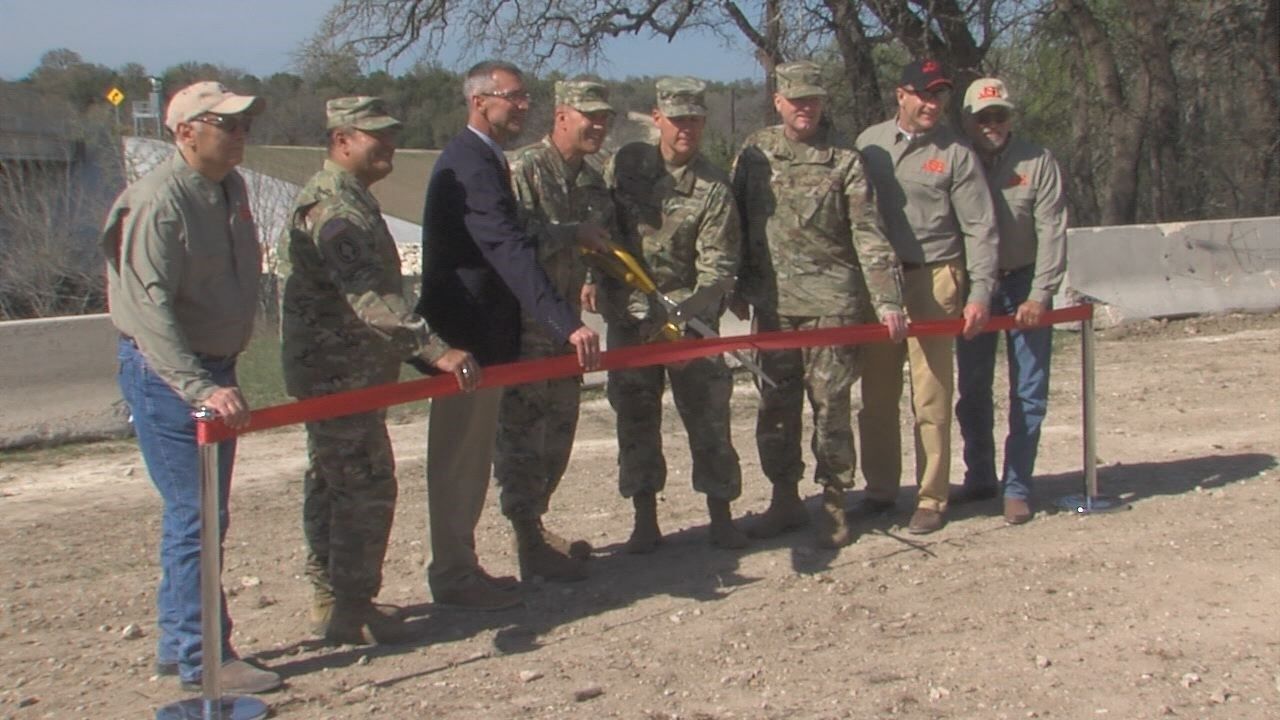 Soldiers and drivers on Fort Hood now have a safer route with the construction of a new bridge.

The bridge was designed to replace low water crossings that would often wash out, creating an unsafe place to cross the Cowhouse Creek that now runs beneath it.

The bridge can support up to 100 tons and is strong enough to handle everything the Army needs to carry across it. The bridge is also equipped with one of six steam gauges that allow the United States Geological Survey to monitor water levels and provide early warnings in case of a flood or flash flood situation.

The Fort Hood Director of Public Works, Brian Dosa, said the low water crossings on major roads puts people at risk and has led to the construction of the bridge and other safety measures that are currently in the works. He said the safety of the people, soldiers and military families on Fort Hood is their main priority.

The nearly 450-feet-long bridge took just over a year to build and cost close to $10 million dollars.