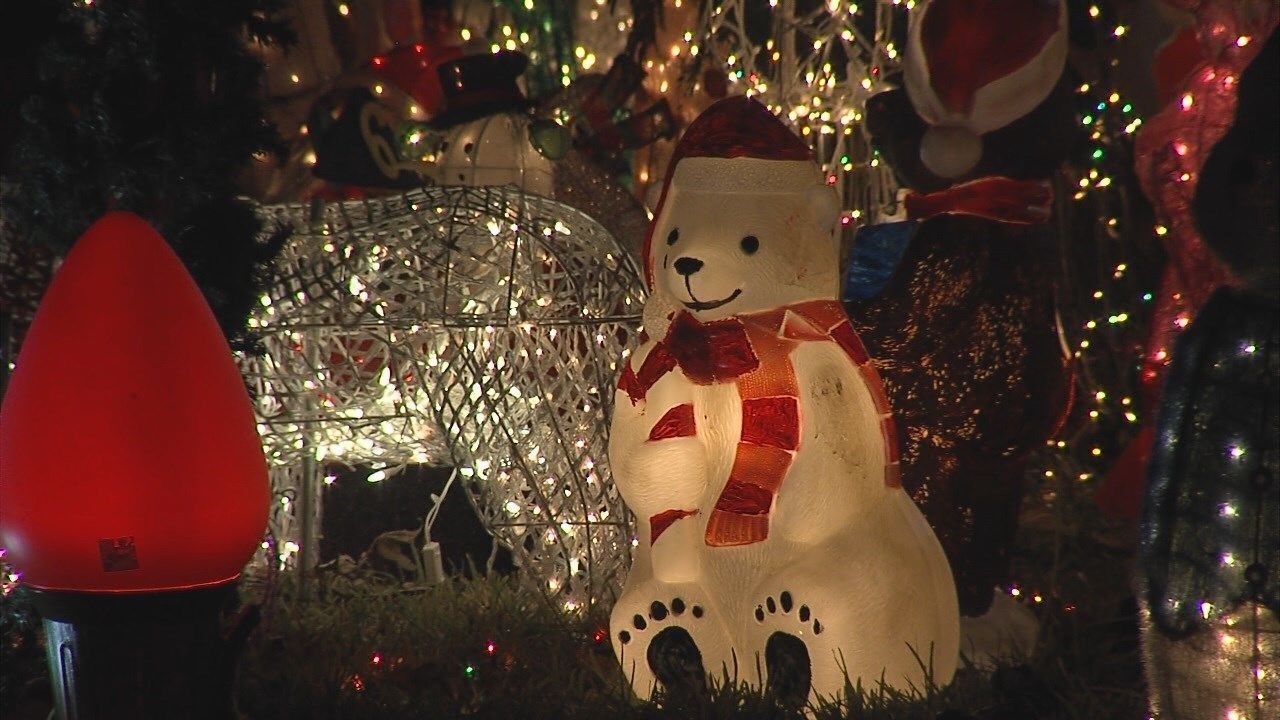 A Waco family with an impressive Christmas light display in the 2700 block of Proctor Avenue won the top prize in a national competition Monday.

The show features families in the U.S. who have elaborate Christmas decorations. The participants compete for a $50,000 and the Christmas Light trophy.

Alice started decorating her front yard for the public to see almost 40 years ago. Back then, Hillcrest Baptist Medical Center was across the street from her home.

"My daughter was in the hospital and she asked me to make her a Christmas tree so I did. I just put a small tree with lights and she was happy,” Alice said.

The retired electrician said she continued the tradition for children and adults who were being treated at the hospital.

“They were bringing them in wheelchairs. Walk them around, even during the daytime, they would come and get pictures,” Alice said.

Her husband, Epifanio, said the former patients visited years after.

“The reason we have such a following is those kids who were in the hospital when we were doing all of this at first, they grew up and they brought their kids,” Epifanio said.

Hillcrest Baptist Medical Center is now known as Baylor Scott & White Medical Center- Hillcrest and has moved locations. However, Alice still puts up the display every year for the Central Texas families to enjoy.

"It's for the kids, my grandkids, the community,” Alice said. “All of this comes out of my heart,” Alice said.

Her husband she invests the money she receives for her birthday and Christmas on new decorations to add to her display.

Once she buys them, the 71-year-old assembles and sets it up.

"I get on top of the roof, I tie everything, I wire everything. I put my knee pads on and I start working,” Alice said.

Many, from Waco and other parts of Central Texas, visit her house during the holidays. A few of the visitors Central Texas News Now spoke with on Thursday said they hoped she wins the competition.

"You can see how much she puts into this every year for Waco to come together,” Elyssa Castaneda said.

Amanda Hernandez who visited from Temple to see the display said she also wished the Tristans the best of luck.

"We are from Temple but we root for the whole Central Texas area,” Hernandez said.

Alice is excited to be featured on a show at the national level. On Monday, viewers will find out whether she won the holiday competition.

"I was excited when they called me. I told [Epifanio] listen to this,” Alice said. "I'm happy that I got recognition all over the United States."

She hopes to continue bringing Christmas cheer to Central Texans for years to come.

"Get up in the morning and say thank you Jesus, don't think about your age, just keep going. That's what I do,” Alice said. "Merry Christmas to y'all and a happy new year and I hope God gives me another year."