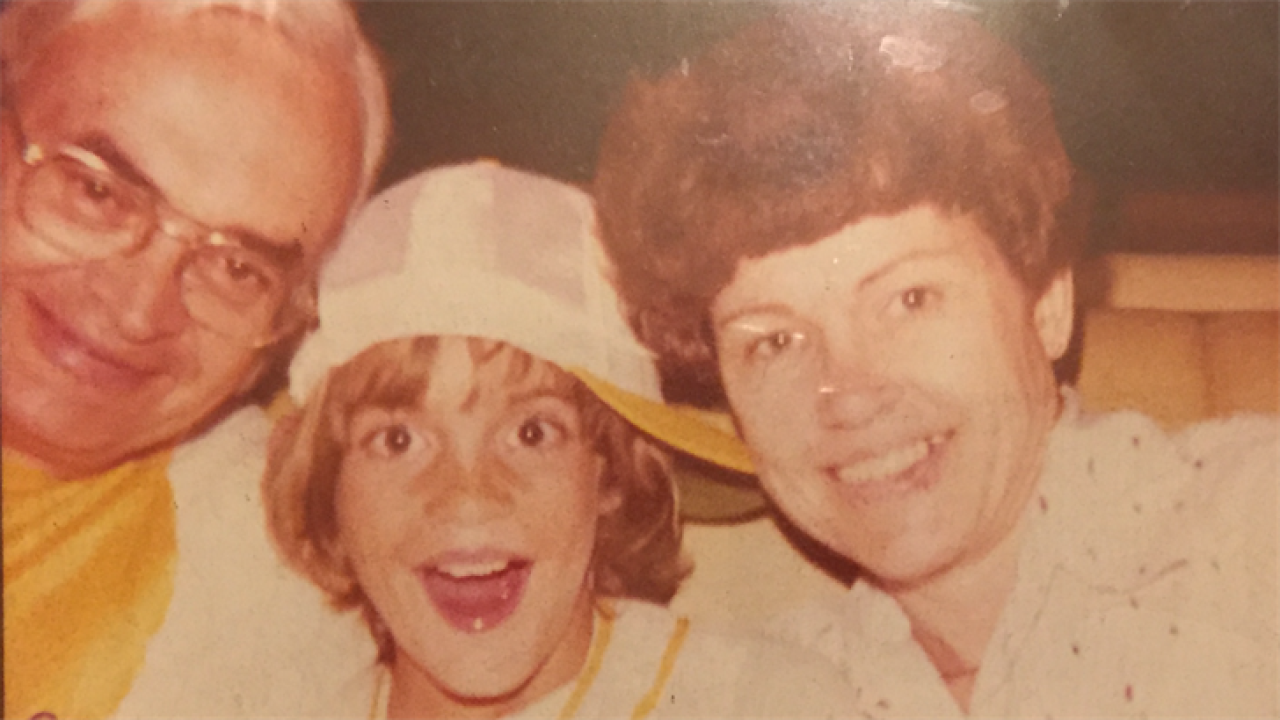 Kevin Hoffman, the coach of a Mart Panthers football team that's making so much noise in the playoffs, draws his inspiration from a largely silent childhood.

"I don't know how many people know," Hoffman said, "both my parents were deaf."

Mel and Pat Hoffman met at a church event a little after Pat graduated from Mel's alma mater, the Texas School for the Deaf.

"After that, she was the one he was going to marry," said Kevin's wife, Jerry, "and that's exactly what happened."

The couple might not have been able to hear, but that doesn't mean they didn't know how to communicate.

In fact, sometimes the Hoffman's ability to sense what was going on was almost supernatural.

"People would ask all the time how they knew when Kevin was crying in the night," Jerry recalled, "Well, [Pat] had put the baby bed on springs and she could feel the vibrations through the floor and knew when something was wrong."

Still, sports were king in the Hoffman household and Kevin remembered his parents encouraging he and his siblings to try everything.

"My dad coached our teams growing up," said Kevin, "We did everything everyone else did and it wasn't like something was different."

Mel played football for the 1947 national championship team from Texas School for the Deaf and his competitive spirit was legendary.

"He was fierce," said Jerry, "It was more than once I saw him throw his hat if Baylor wasn't doing well or if the Cowboys weren't doing something they were supposed to do."

This is the same husband and wife that was at all of their children's games.

It isn't just the competitive fire Kevin draws from his parents. He's actually incorporated sign language into his play calling for the Mart football team.

"I thought of it when we started going to the spread. When we need a new signal, the first thing my coaches ask is what's the sign for that in sign language," said Hoffman.

"It allows us to go faster," said quarterback Jace Terry, "we can ignore the noise."

Mart's speed is a big reason as to why they won a state championship in 2010 with Kevin as an assistant coach.

"I bought my dad a ring and my mom a pendant from that championship."

So when the team made it back to the semi-finals just three years later, it was more of a blow when his mother succumbed to her battle with cancer. Mel would join her just eight months later.

"Finding them and having to tell my siblings is etched into my brain," Kevin said, "I tell people my dad died of a broken heart."

"[Pat] died on a Friday night," Jerry remembered, "and it was very important to her that Kevin not miss his game, so he coached. I have to agree with Kevin, Mel died of a broken heart. [Mel and Pat's] was a true love."

Now that Kevin is on the same doorstep he was when he lost his parents four years ago, he's making sure to carry their memory with them. Not as a disabled couple, but as his heroes who inspired him to shape an entire generation of one town's young men.

"I want to thank them for being there. I never wished that I had parents that could hear," said Kevin with tears in his eyes, "I never thought anything about it. I love them and I always will."