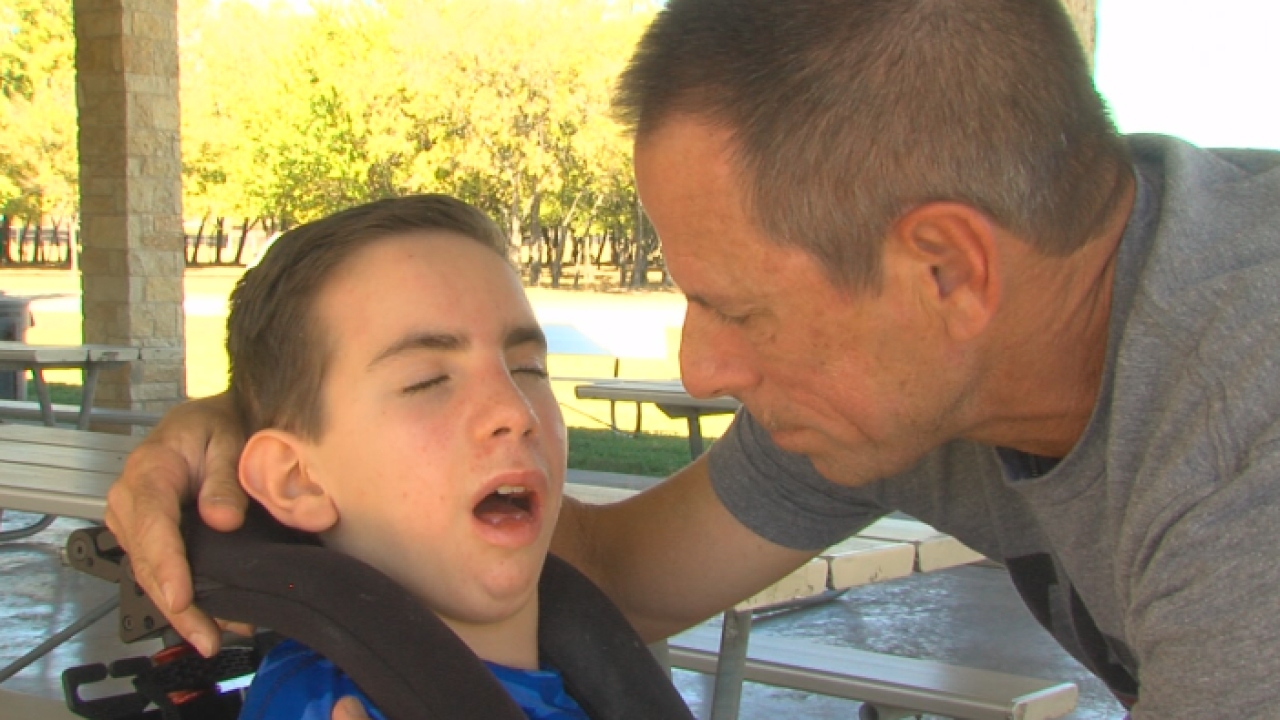 A man and his son, from Lubbock, were in Central Texas Tuesday hoping to help inspire students at Midway High School.

Tim Siegel shared Luke's heartbreaking story and their one foot in front of the other mentality.

A phone call no parent ever wants to receive. His son, Luke, had been in a golf cart accident.

Luke's lungs collapsed and he suffered a traumatic brain injury.

"The first week was very challenging, had a number of surgeries. But day eight was probably the most difficult. Luke had three brain surgeries all within a few hours. A neurologist told us that based on Luke's MRI that he should never open his eyes, use his limbs or use his voice," Siegel added.

"He's such a fighter. He just simply doesn't give up. What he does in 45 minutes may take us two seconds, but he does it every single day," Siegel said.

Luke and his dad now make time to visit schools and teams all over the nation to provide inspiration.

"Luke has gone above and beyond anything ever expected of him just as we want our athletes to rise up and go above and beyond what anyone else expects of them," Troy Simonek, the Head Tennis Coach at Midway High School, said.

Coach and athlete, but more importantly father and son, will continue to fight and surpass all expectations.

In Jan., the Siegels started the Team Luke Foundation to provide support, both emotionally and financially, to other families with children who have had similar injuries to Luke.