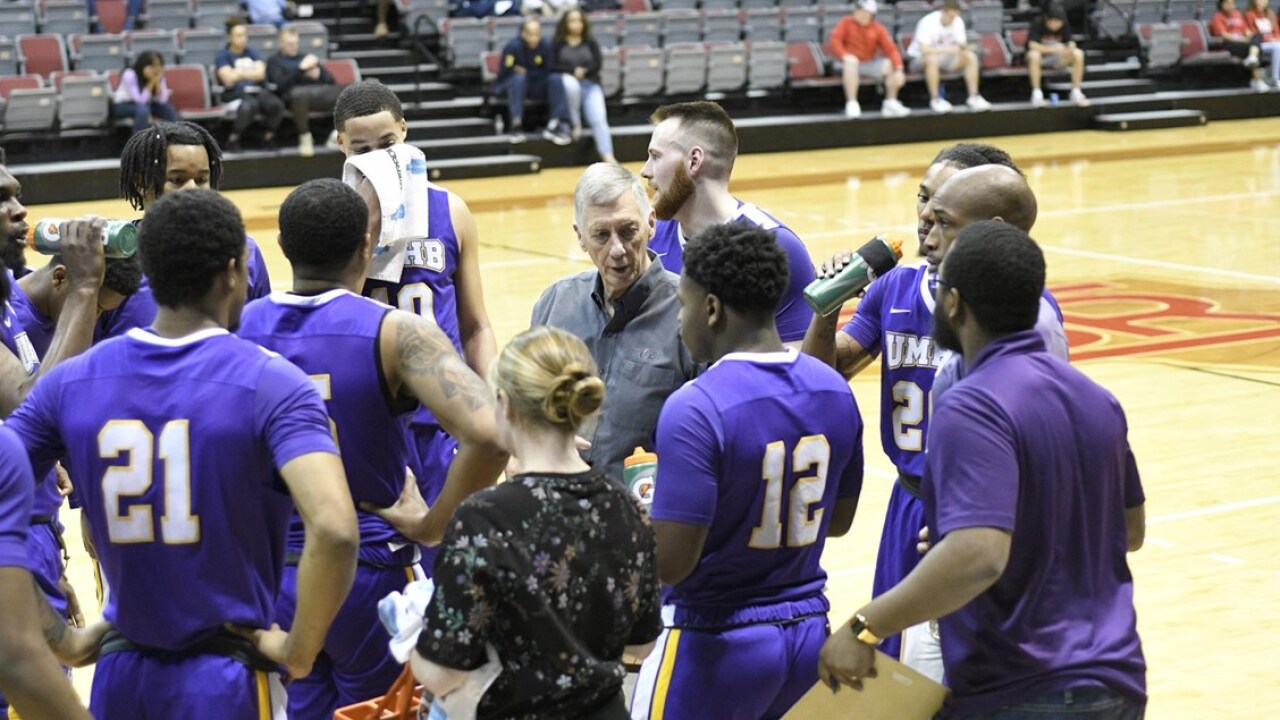 ALPINE, Texas — The University of Mary Hardin-Baylor men’s basketball team rallied from a double-digit second half deficit, but the comeback bid fell just short as the Cru fell to LeTourneau University 94-90 in an American Southwest Conference Championship Tournament Quarterfinal in Alpine. The loss ends UMHB’s season at 15-11. The YellowJackets improve to 21-5 and advances to a 7:30 pm Semifinal on Friday with the victory.

The Cru led 61-60 after the two teams traded the lead throughout the early minutes of the second half. LeTourneau then put together than run to take a 72-63 lead with 8:46 left to play. UMHB pulled to within four points on Pat Everett’s jumper with 4:38 remaining. LeTourneau quickly pushed it back to a nine-point edge and went up by 11 with 2:22 remaining. Logan Hicks then scored seven straight points to pull the Cru back to within 87-83 with 1:13 to go. The YellowJackets would hit clutch free-throws down the stretch, but Hicks hit a three-pointer with seven seconds on the clock to make it a 94-90 game, but that’s as close as it would get as LeTourneau was able to run out the clock. The first half was a back-and-forth affair that featured six ties and six lead changes. UMHB jumped out to a 17-11 lead in the opening six minutes. LeTourneau answered with a 9-0 run and the YellowJackets would open up a 28-23 advantage. UMHB fought back and led by as many as four points before settling for a 43-42 halftime edge. Devyn Brewton and Sam Moore had ten points apiece in the first half for the Cru. Andrew Eberhardt had 18 in the opening half and Nate West added 15 for LeTourneau.

Hicks poured in 32 points to lead UMHB as he hit 6-12 three-pointers and 10-19 from the field. Moore had 19 points and Casey Armour came off the bench to score 14 for the Cru. Brewton and Everett finished with 10 points each. Everett also grabbed a team-high eight rebounds. UMHB shot 48 percent from the field as a team and was 11-26 from beyond the arc. The Cru also finished with a slight edge in rebounds at 41-40.

The Cru was making its conference record 20th appearance in the ASC Championship Tournament. The loss closes out the careers of five UMHB seniors. Hicks, Vernon Burns, Kendal Little, Everett and Aedan Welch all played the final game of their Cru careers on Thursday.