Goodell says NFL was wrong for not listening to players 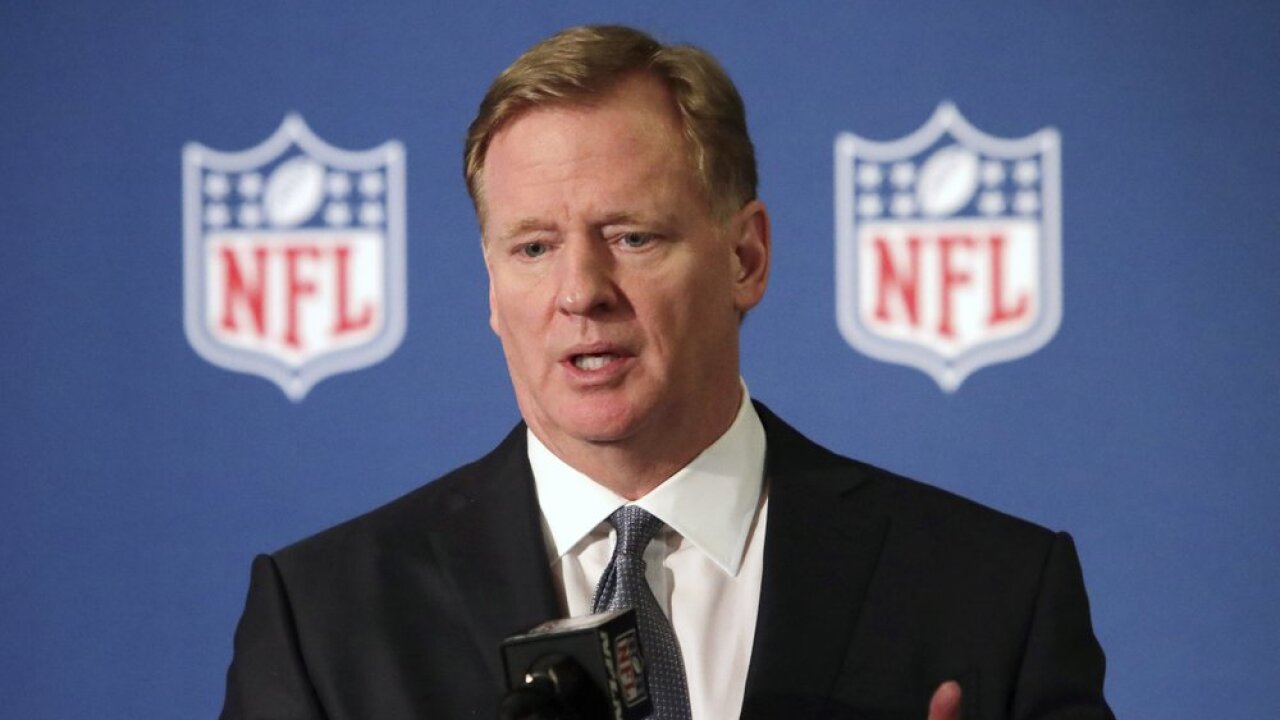 NEW YORK (AP) — NFL Commissioner Roger Goodell said the league was wrong for not listening to players fighting for racial equality and encouraged them to peacefully protest.

One day after 2018 NFL MVP Patrick Mahomes and several of his peers released a video demanding the league condemn racism, Goodell made his strongest statement on the issues many players passionately support.

George Floyd’s death has ignited nationwide protests over racial injustice and police brutality, issues former San Francisco 49ers quarterback Colin Kaepernick began speaking out against in 2016 when he started taking a knee during the national anthem.

We, the NFL, condemn racism and the systematic oppression of Black People. We, the NFL, admit we were wrong for not listening to NFL players earlier and encourage all to speak out and peacefully protest. We, the NFL, believe Black Lives Matter. #InspireChange pic.twitter.com/ENWQP8A0sv

“Without black players, there would be no National Football League. And the protests around the country are emblematic of the centuries of silence, inequality and oppression of black players, coaches, fans and staff. We are listening. I am listening, and I will be reaching out to players who have raised their voices and others on how we can improve and go forward for a better and more united NFL family.”
___