Madubuike, Mims fall to second round of NFL Draft 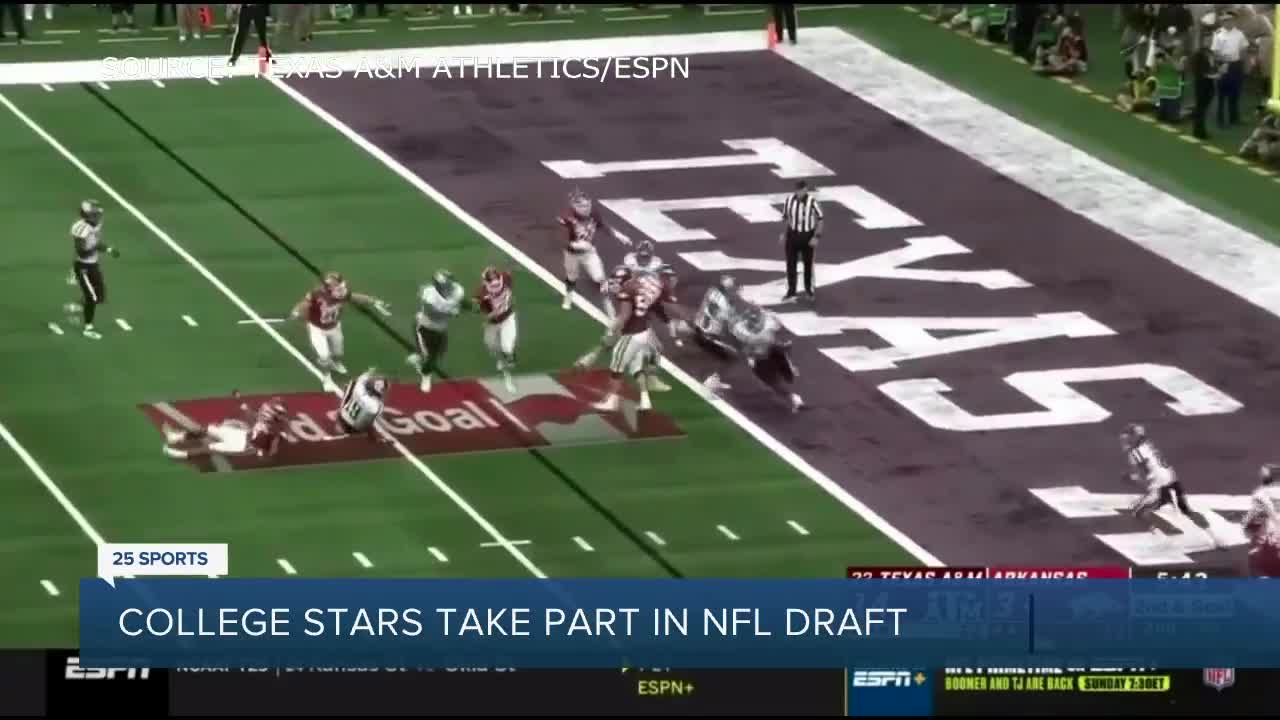 Madubuike, Mims fall to second round of NFL Draft

WACO, Texas — Neither Texas A&M defensive lineman Justin Madubuike nor Baylor wide receiver Denzel Mims were selected in the first round of Thursday night's NFL Draft. Both are projected to be picked during the second day of the draft.

Both Madubuike and Mims were among the 48 players invited to take part in the NFL's Virtual Draft, meaning they had cameras set up in their homes to showcase their reactions if they were chosen in the first round. But, after the first 32 picks, both were still left on the board.

For Madubuike, the draft will likely be the end of a life-long dream. He said from the time he first played tackle football in sixth grade, he knew he wanted to play in the NFL one day.

"From when I was a little kid in sixth grade starting tackle football to now... I'm a grown man about to make my dreams come true," Madubuike said. "It's a lot."

This year, the path to the draft is different than ever before. Due to COVID-19 concerns, NFL teams were not allowed to meet with potential draft picks in person or let team doctors perform physical examinations.

"It's been different," he said. "When you have your brothers [former teammates] from last year tell you how it's supposed to go and you expect that, and then the pandemic happens and everyone has to stay inside."

He says all the challenges will be worth it when he gets the first phone call from his future team.

"I just wanna get selected, man. Just to get drafted is a blessing," he said.

That blessing means even more for Madubuike, who hopes to become an inspiration for other kids from North McKinney High School.

"People from where I'm from... there's not a lot of NFL or people who made it," he said. "So that stuff means so much for me, man. I just wanna go to the league and just start as a pro. I'm so thankful. I'm at a loss for words."

Madubuike will have to wait at least one more day before his dream is realized.

The NFL Draft continues Friday night at 6 p.m. on 25 ABC. It will cover the second and third rounds of the draft.