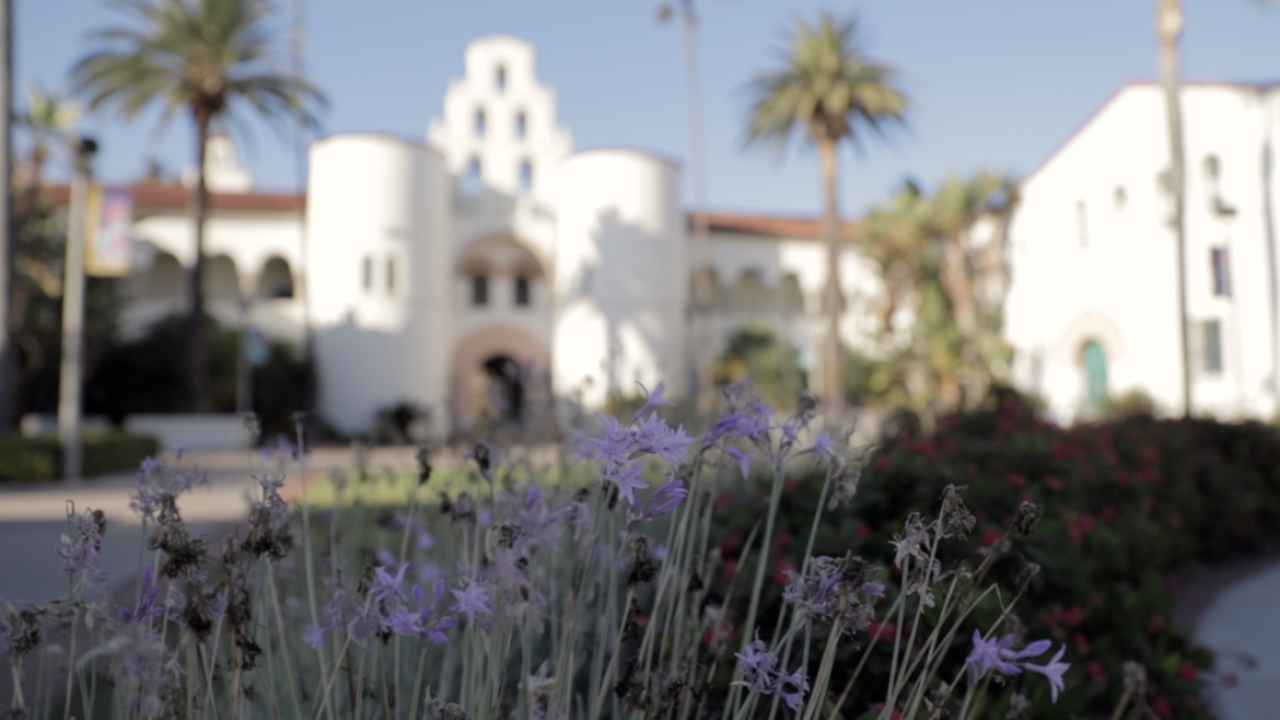 Just weeks after the fall term began, the California State University (CSU) system announced most classes across its 23 campuses would remain virtual throughout the spring term.

In a letter to the campus community, Chancellor Timothy P. White notes health as one factor.

"We know far more about it [the pandemic] now than we did back in May. The virus continues to spread. There is no vaccine and there likely will not be one widely available any time soon. The summer increase in infections that was forecast in the spring happened as predicted, and it was larger than expected."

White says the decision will also provide faculty and staff more time to better prepare for a virtual learning environment.

“I wasn’t that surprised because the virus doesn’t look like it’s going away any time soon and the conditions for spring look like the conditions for fall, so from a public health perspective it makes sense," said Robert Kelchen, an associate professor of higher education at Seton Hall University in New Jersey.

Kelchen has been tracking reopening plans across the country.

"The advantage of deciding early is colleges have a lot of time to prepare classes the way they want to be fully online and get it the best they can be," said Kelchen.

“CSU isn’t as concerned about losing students to other colleges because there’s lots of demand to go to CSU; it’s not like some of the colleges, say in the northeast and Midwest, that are really concerned about having enough students. They’re in a position of strength," said Kelchen.

“If the fall is any indication, there will be some colleges that will try to come back in person and then fail spectacularly right before or right at the beginning of the term," said Kelchen.

A CSU spokesperson says dating back to March, they estimate about $750 million in forgone or returned revenue and unexpected costs across the 23 campuses. To mitigate some of these losses, as well as a $300 million reduction in state funding, some cost-cutting measures include a system-wide hiring chill and the elimination of non-essential travel.

Kelchen says professors at his university have taken pay cuts.

"For most colleges that will make it through, they’ll have to make cuts. They’ve already laid off quite a few people; they're going to cut academic programs that are either really small or really expensive to run, they’re going to not invest as much in facilities, students are going to have larger classes, they'll have fewer full-time faculty teaching them or part-time adjuncts. It will be a different experience because colleges are trying to save money, and students are also going to want to spend less money," said Kelchen.

The news leaves some students with little hope for a normal college experience.

“I really only got one good semester when everything was normal, and it was fantastic. I loved the school, I loved the professors, I loved the people," said Kelsey Santin, a transfer student at San Diego State University.

After losing access to resources like the library and health center, Santin started a petition calling for reduced fees and tuition.

“The quality is severely diminished. And that’s not to say the professors aren’t doing their best, it's just, you can’t expect to take the way that education has been worked for years and completely change it and just expect it to go without a hitch," said Santin. “We understand why the education needed to change, why the style had to change. But we don’t understand if the product changed, why wouldn’t the price change as well?"

After losing her job during the pandemic, Santin decided to move home to the Bay Area to do her online classes.

Her petition has nearly 5,000 signatures and counting.

“I was hoping just to kind of get a coalition formed and maybe start a class action lawsuit in some way, shape or form, but I definitely want to get some momentum going before that,” said Santin.

The law firm Bryan Cave Leighton Paisner says over 250 refund-related lawsuits are pending by university students across the country.

But Christopher Schmidt, a class action lawyer at the firm, says it will be difficult for students to win these legal battles. He says students sign financial contracts, which likely did not promise in-person instruction.

A CSU system spokesperson says all campuses continue to provide instruction and are working to help students earn a degree, and that thousands of faculty and staff members participated in professional development opportunities to better prepare to help students learn in a virtual environment.

The spokesperson also notes that many of the services offered on campuses are now offered virtually, like access to health services or advisors.