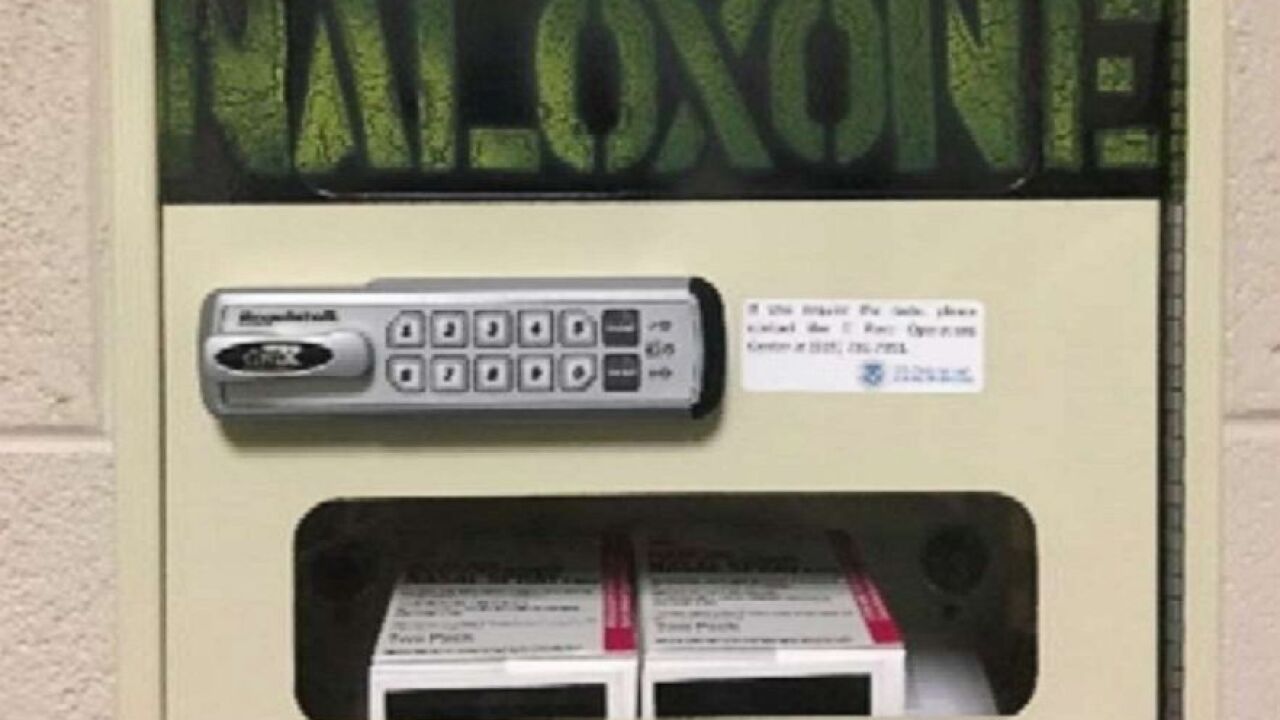 Copyright 2019 ABC News. All rights reserved. This material may not be published, broadcast, rewritten, or redistributed.
A Naloxone lock-box (Office Of The Inspector General).

U.S. Customs and Border Protection has stored enough fentanyl in the past year to kill an estimated 794 million people, and now a government watchdog office is warning that the agency is "unnecessarily jeopardizing the lives" of its own agents by not sufficiently protecting them from accidental exposure to the lethal synthetic opioid.

In a report released Friday, the Homeland Security Department’s Inspector General said the amount of fentanyl seized by agents and stored in vaults has skyrocketed -- from 70 pounds in 2015 to 3,500 pounds so far in this budget year. A single 2 milligram dose of fentanyl (there are 453,592 milligrams in a pound) is lethal for most people, according to the Drug Enforcement Administration .

In some cases, the powerful drug can sit in a vault for years while the government prosecutes its case.

But when officials inspected several of the 62 vaults around the country operated by CBP, they found cases in which agents handling the powerful narcotic didn't have access to naloxone, the drug that reverses the effects of an overdose. In other cases, inspectors found that the naloxone was locked away in boxes and agents couldn't remember the code.

Naloxone is also known by its brand name Narcan.

“With the recent rise in fentanyl seizures, CBP staff now routinely handle fentanyl more than ever," according to the IG report. "However, without easy access to naloxone in case of exposure, CBP is unnecessarily jeopardizing the lives, health, and safety of its staff."

It was unclear if any CBP personnel were harmed by the fentanyl in the agency's custody.

In a response letter, CBP said it concurred with the findings and promised that by the end of September all its vaults storing fentanyl will have Narcan kits and that its agents will be trained in how to use them.

CBP said it has trained more than 4,500 officers in how to recognize the signs of an overdose, deployed 3,300 dual-use Narcan kits in the field and outfitted its storage vaults with safety equipment such as gloves, masks and Tyvek suits.

Fentanyl may be mixed with other drugs and present in powder, tablet or liquid form, according to the IG. It is 80-100 times stronger than morphine and 30-50 times more potent than heroin. The drug can be ingested, inhaled or absorbed through the skin.

"Just touching fentanyl or accidentally inhaling the substance during enforcement activity or field testing the substance can result in absorption through the skin and that is one of the biggest dangers with fentanyl. The onset of adverse health effects, such as disorientation, coughing, sedation, respiratory distress or cardiac arrest is very rapid and profound, usually occurring within minutes of exposure," the DEA said in a 2016 release.

"Canine units are particularly at risk of immediate death from inhaling fentanyl. In August 2015, law enforcement officers in New Jersey doing a narcotics field test on a substance that later turned out to be a mix of heroin, cocaine and fentanyl, were exposed to the mixture and experienced dizziness, shortness of breath and respiratory problems."

The DEA says that handling samples should be done in a well-ventilated area and that gloves should be worn at minimum.

Deaths from fentanyl in the United States climbed more than 1,000 percent from 2011 to 2016, according to the Centers for Disease Control and Prevention. The number of fatalities was relatively stable in 2011 and 2012, with roughly 1,600 deaths each of those years, but it began to increase in 2013, reaching just over 1,900 deaths.

(MORE: Fentanyl deaths in the US spiked 1,000 percent over 6 years: Report)

Then the death rate doubled each year, skyrocketing to 18,335 overdoses in 2016, the CDC stated.