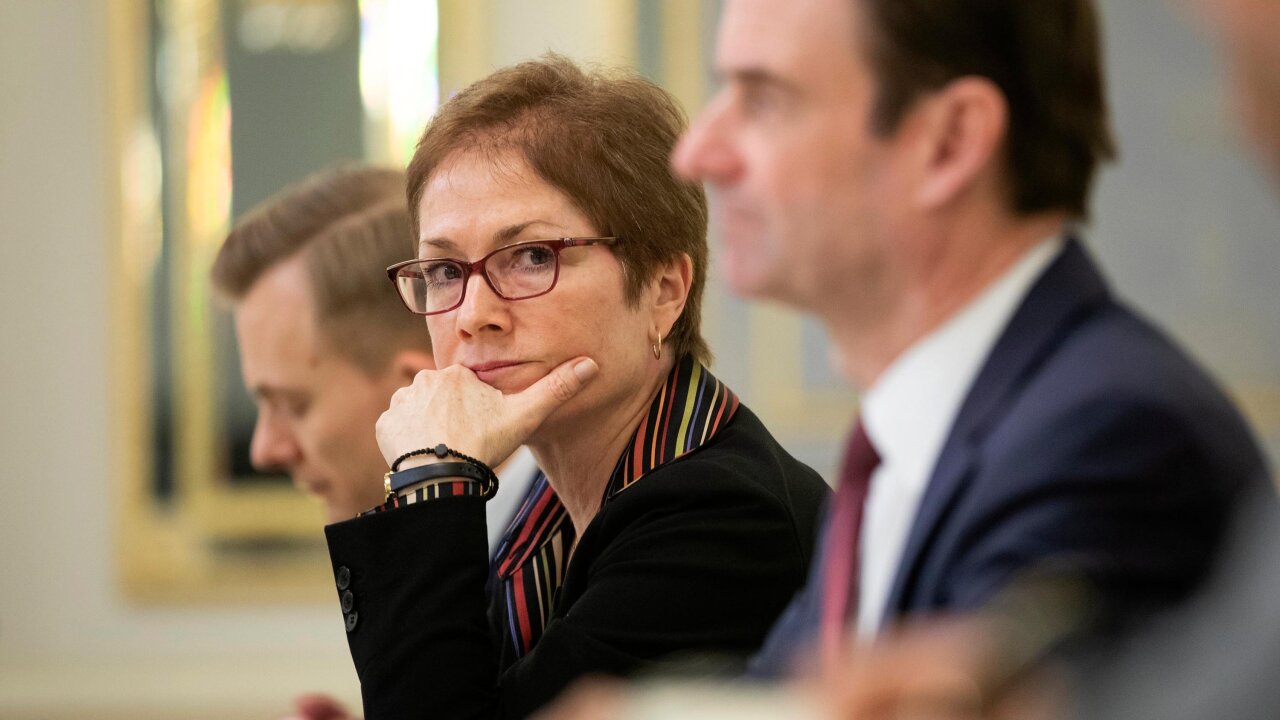 Yovanovitch served as ambassador to Ukraine until May, until she was recalled from her post. In a closed-door testimony in October, Yovanovitch testified that she believed the removal of her post came at the request of President Donald Trump's personal lawyer, Rudy Giuliani, and two of his associates. Those associates of Giuliani, Lev Parnas and Igor Fruman, have since been arrested on unrelated charges.

Trump also said during a July 25 phone call with Ukranian President Volodymyr Zelensky that Yovanovitch was "bad news." Later in that call, Trump asked Zelensky to open a corruption investigation into Hunter Biden, the son of former Vice President and Democrat presidential candidate Joe Biden. It was that call that sparked a whistleblower complaint, which led to the impeachment inquiry.

Following Trump's request for an investigation into the Bidens, military aid to Ukraine was held up, according to testimony from state department official William Taylor. That aid was later released to Ukraine in September.

Yovanovitch's testimony comes two days after Taylor testified in a public hearing that the United States had multiple channels of diplomacy in Ukraine — one led by state department officials, and another "unofficial" channel led by Giuliani.

Democrats claim Taylor and George Kent's testimony painted a damning picture for the president, claiming Trump put an American ally at risk in order for political gain. However, Republicans claimed Taylor and Kent's testimonies were "hearsay," pointing out that much of their testimonies relied on second-hand accounts.