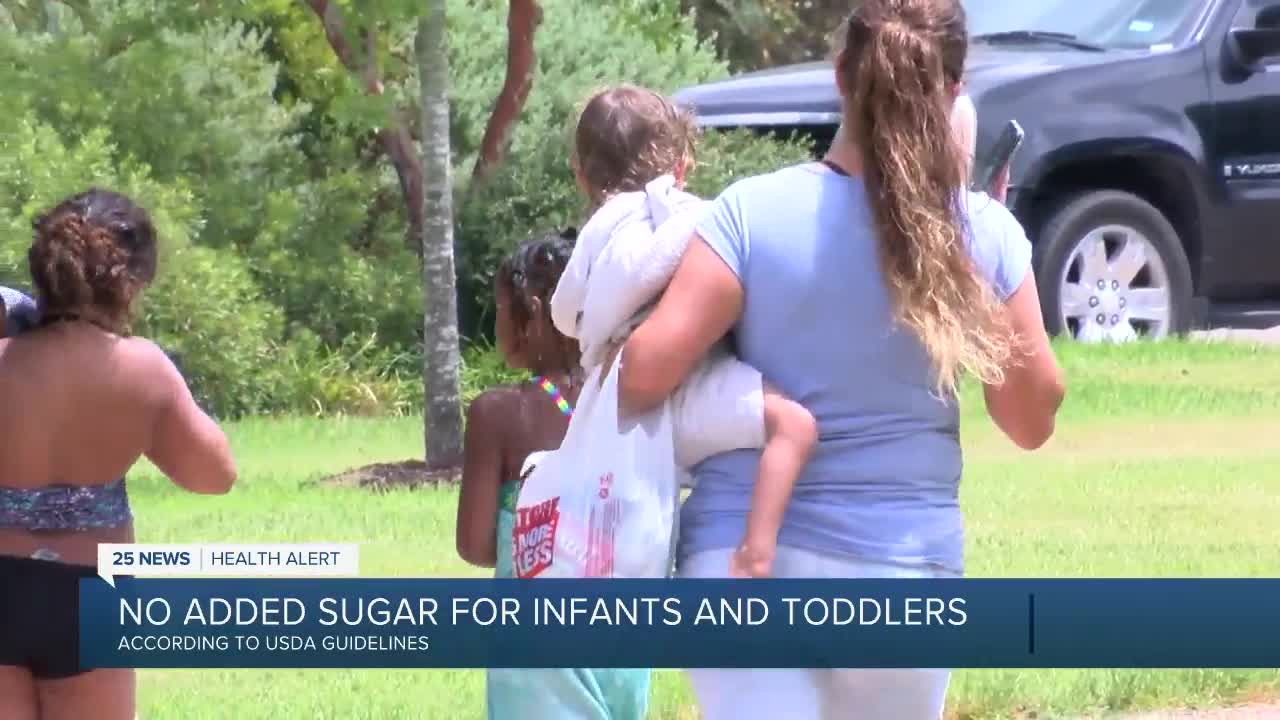 BRAZOS COUNTY, TX — "Every bite counts" is the new motto for parents when it comes to feeding babies.

The USDA’S 2020 Dietary Guidelines Committee has recommended for the first time, no added sugar for babies until the age of two.

Research suggests that nutritional exposure during the first 1,000 days of life is critical.

“It is extremely important for their cognitive as well as their physical development,” says mother of four, Monique Davis Dotson.

Added sugars differ from the natural sugars that are part of a piece of fruit or glass of milk, which do provide overall nutrition.

“I did my research and I wanted to provide my kids with the best jump-start in their cognitive as well as their physical development as a parent. As a researcher I kind of knew that I didn’t want them to become addicted to the sugars that sometimes that can create obesity or juvenile diabetes,” says Dotson.

The committee found that nearly 70% of added sugars intake comes from sweetened beverages to desserts and sweet snacks, to even breakfast cereals.

“I did not allow my kids to have added sugars or added sweeteners to their beverages at a young age,” says Dotson.

According to the Journal of the Academy of Nutrition and Dietetics, on average, infants consume a teaspoon of added sugar a day while toddlers consume about 6 teaspoons a day.

In order to prevent later in life chronic disease parents should remember every bite counts.

“I do think it is great for parents now to have these recommended guidelines so they can also give their children the best head start for their overall growth and development,” says Dotson.