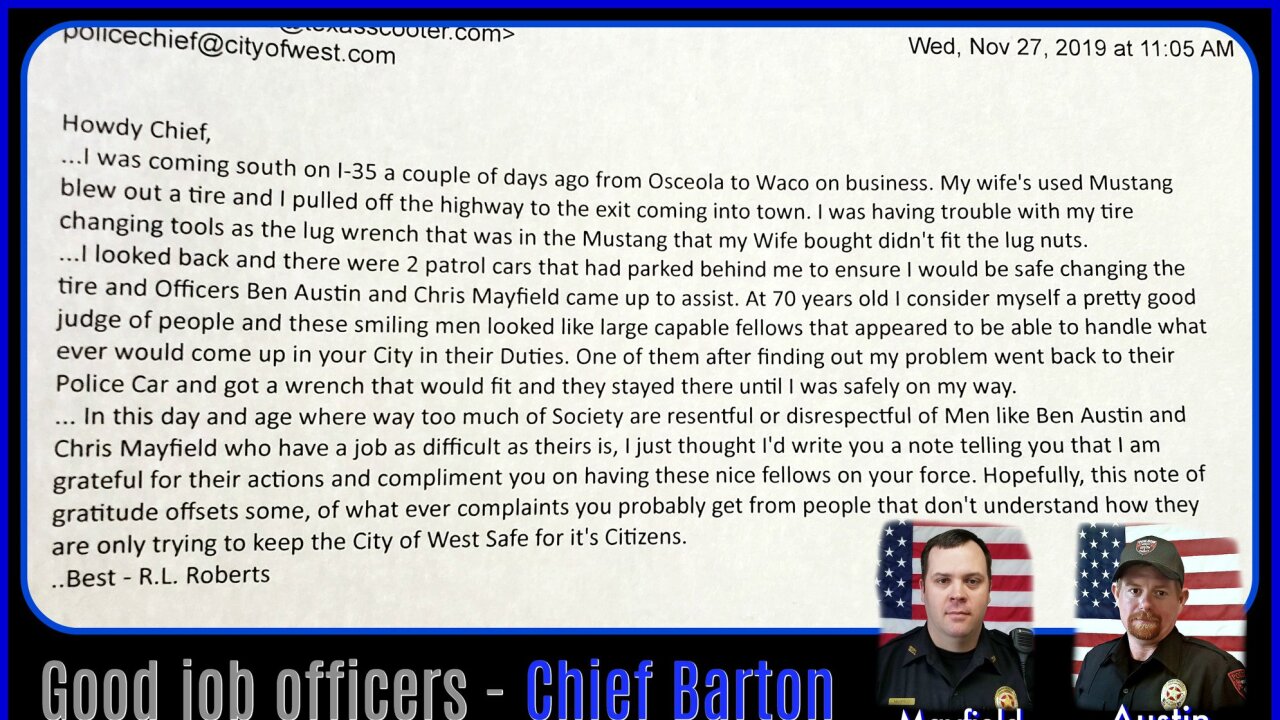 WEST, TX — Two West Police Officers received a kind note after helping an older couple who were having trouble changing a tire on the side of the road on Thanksgiving Day.

"Last week, Thanksgiving Week, on Monday, Officer Chris Mayfield and Officer Ben Austin, helped an older couple that was having trouble changing a tire," said the Police Chief in a Facebook post.

The Chief says part of being a police officer is not always the big calls, but sometimes it's just something as simple as "giving directions or moving something from the road that the wind blew there."

Mr. Roberts wrote in to thank the officers for helping him out while he was having some trouble with his tools. Mr. Roberts, 70, says he's a pretty good judge of character and figured these "smiling men looked like large, capable fellows that appeared to be able to handle whatever would come up."

Mr. Roberts says the officers actually found a wrench that would fit, came back and gave it to him and stayed there until he was safely on his way.

In his note, Mr. Roberts, said he wants to "tip his hat" to the community of West for having such good officers.

"I say 'Thank You' back to him, on behalf of the West Police Department and the community of West, for taking the time to write this letter," says West's Chief Barton. "It means more then he will ever know."