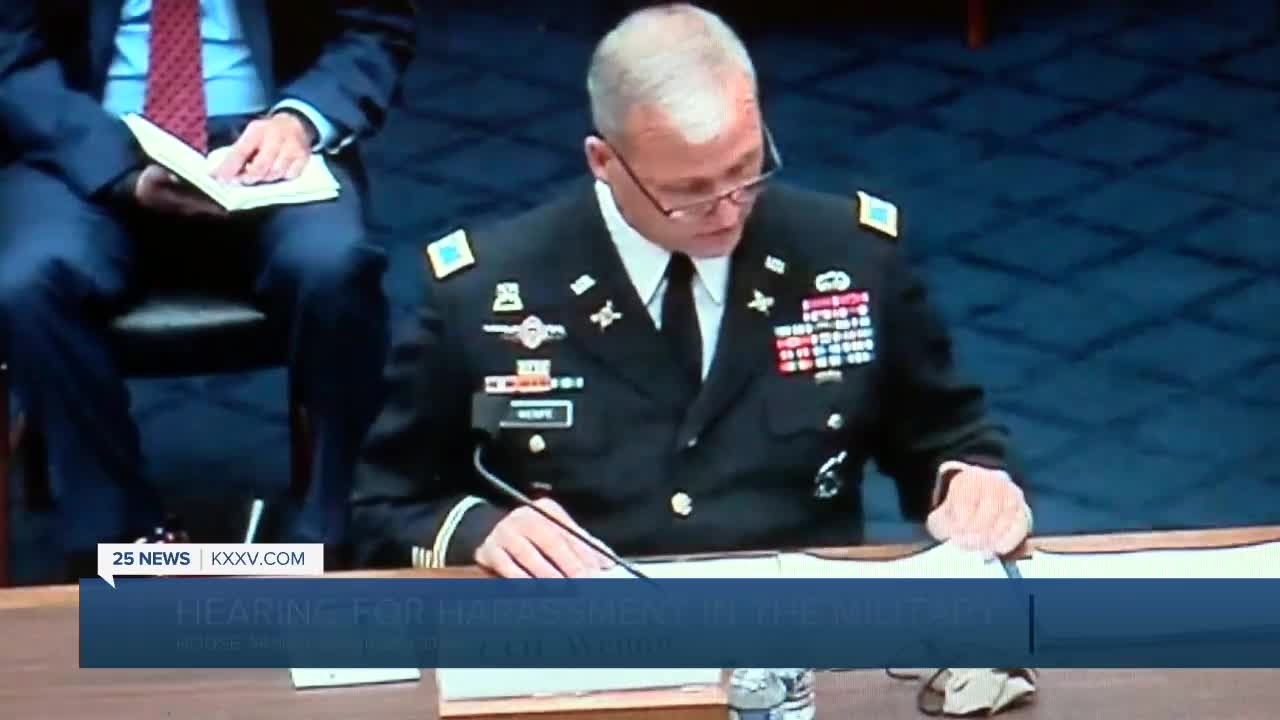 WASHINGTON, D.C. — The House Armed Services Military Personnel Subcommittee held a hearing Wednesday to dive deeper into the military’s #MeToo movement, which was sparked by the death of Spc. Vanessa Guillen.

The subcommittee met with military personnel and witnesses to look into sexual harassment and perceived retaliation within the Department of Defense and specifically at Fort Hood.

“Joking around, ignoring the occasional sexual comments. I just wanted to fit in. Here I was with a silver disc on my cap, a clear sign that I was a cadet and even lower than a private, laughing off comments about my physique with junior enlisted soldiers. All because I didn’t want to make a scene," testified US Army Veteran Melissa Bryant.

“Even trusted mentors would affirm to me that it was just a part of military culture. I was sexually assaulted overseas in 1992 by a senior NCO. Reporting through my chain of command was my only option and nothing was done,” said US Army Veteran Lucy Del Gaudio.

The meeting was also held to hear and discuss the results of the inspection of Fort Hood’s Sexual Harassment Response Program, also known as SHARP. Part of the inspection included a written survey of over 225 soldiers from 21 battalions and six brigades, along with small group sensing sessions and command team interviews. They also had additional training for SHARP personnel.

“At Fort Hood, we observed the SHARP program needing to approve in certain areas, but one which units generally execute the standard. We observed consistent demonstration of program knowledge and awareness of reporting procedures. Importantly most soldiers said they would report if sexually harassed,” said Command Inspector General for United States Army Forces Command Colonel Patrick Wempe.

However, the numbers show differently. The number of sexual assault cases for women in the military has stayed relatively the same.

"I’ve had the staff give me the stats of sexual assault in the military since 2006. So it was 6.8% in 2006, and in 2018, it was 6.2%. That is not a third less. If what you are doing is combining women with men in the military to get that reduction at one third, I don’t think that is fair. For men it went from 1.8% to point seven tenths of percent from 2006 to 2018. I think it’s really important to be accurate and fair and not let stats twist the truth,” said Jackie Speier, California U.S. Representative and Chair of the House Armed Services Military Personnel Subcommittee.

The hearing today was not for the #IAmVanessaGuillen bill. Rather Vanessa Guillen’s case sparked this hearing to investigate Fort Hood, and the actions they are taking to prevent sexual harassment on post and across the military.

Natalie Kwaham, the family’s lawyer, told 25 News that there will be a march from the U.S. Capitol to the White House Thursday following the press conference to announce the #IAmVanessaGuillen Bill.