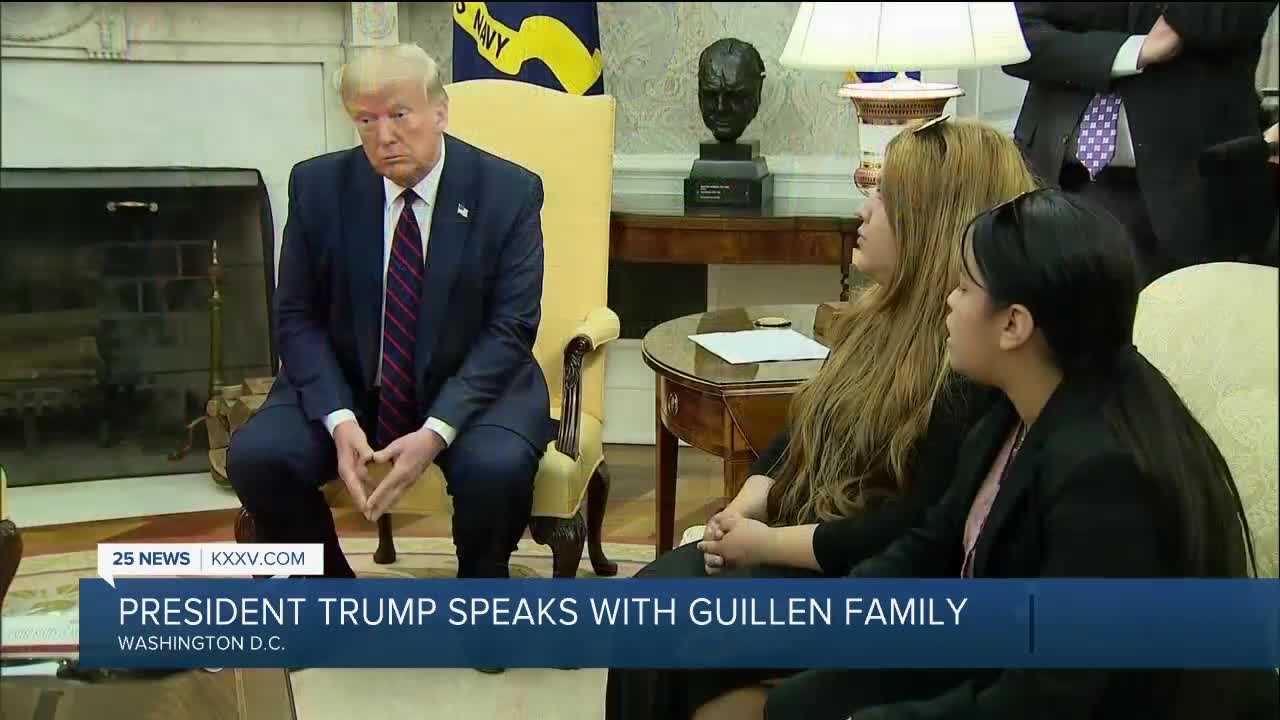 WASHINGTON, D.C. — The call across the world for answers to the murder of Spc. Vanessa Guillen made its way to Washington D.C. on Thursday.

"Thank you to everyone and keep demanding the Congressional investigation, the #IAmVanessaGuillen bill to be passed and for justice for Vanessa Guillen," said Vanessa's sister, Lupe Guillen.

To the outrage of many, investigators believe Aaron Robinson and Cecily Aguilar dismembered Guillen's body and attempted to burn it after she was bludgeoned to death at Fort Hood in April.

"He supposedly took a hammer and killed her in the room, bludgeoned her to death," explained Natalie Khawam, Guillen family attorney.

Alongside Khawam, on Thursday, the Guillen family met with President Donald Trump to share the gruesome details of Vanessa's death.

"She died on base," said Lupe. "How can this happen on a military base where you think everything's safe?"

They say before her disappearance, Vanessa told family and friends she was being sexually harassed on post.

"She didn't do a formal report, not to the command, her bosses, who were also above her, who she's saying that were sexually harassing her," said Khawam. "So it's hard to go to the boss that's giving you problems to report him."

On Thursday, the Guillen family and Khawam introduced the #IAmVanessaGuillen bill. The legislation would allow active duty service members to file sexual harassment and sexual assault claims to a third party agency instead of their line of command.

"The way we have the EEOC, which is the Equal Employment Opportunity Commission, how someone can report something you go to the EEOC," said Khawam. "We're looking for something that's going to allow our military, our soldiers, to have the same rights and protections. So that way they're not going to their chain of command or internally."

President Trump has instructed the FBI and Department of Justice to look into Vanessa's murder.