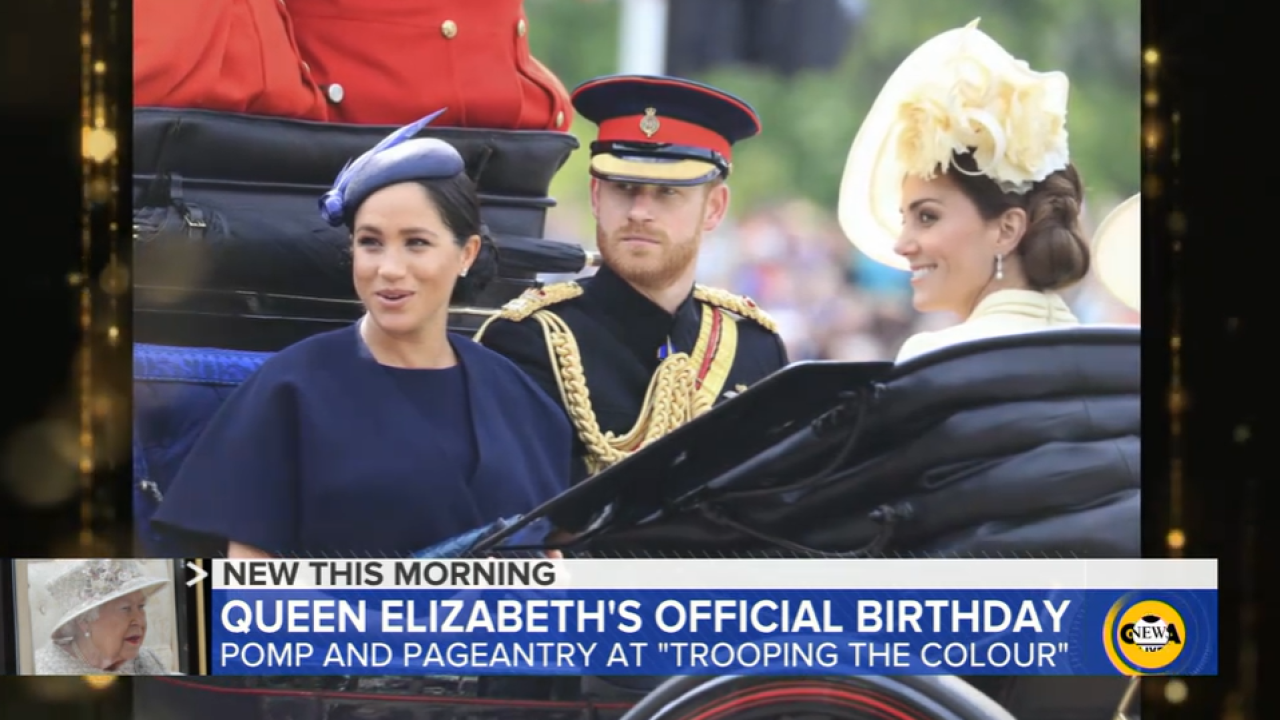 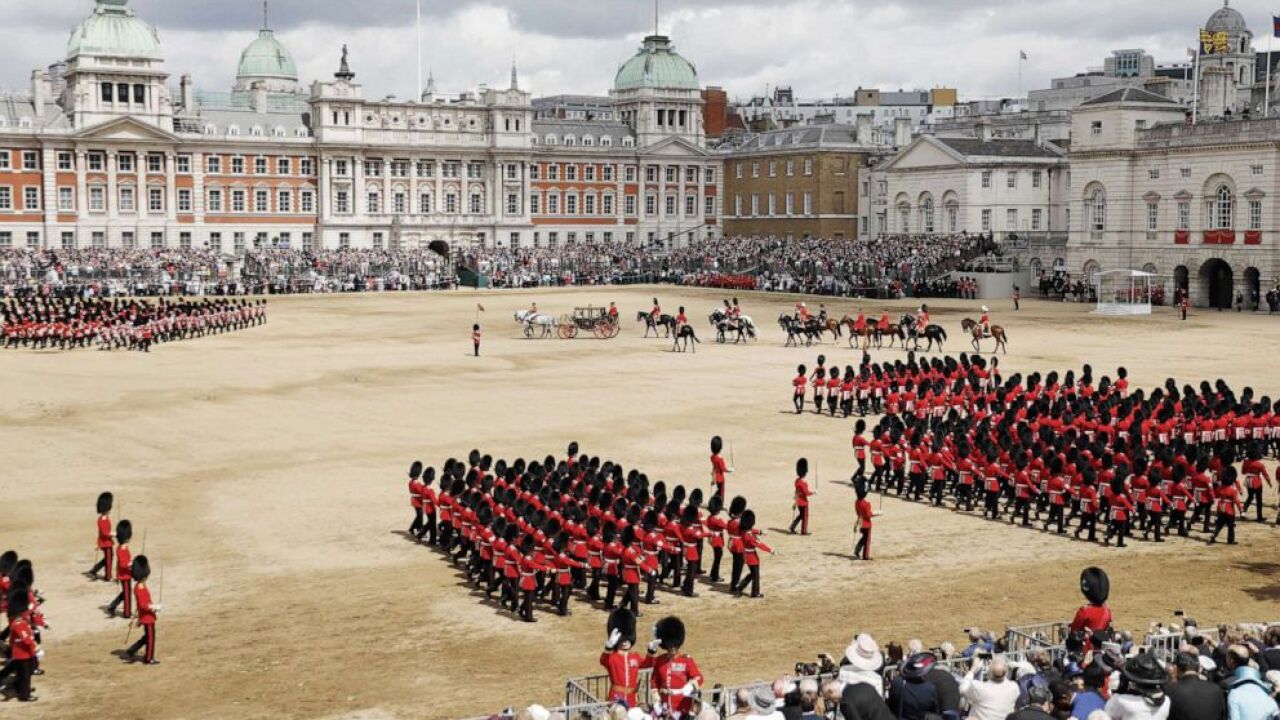 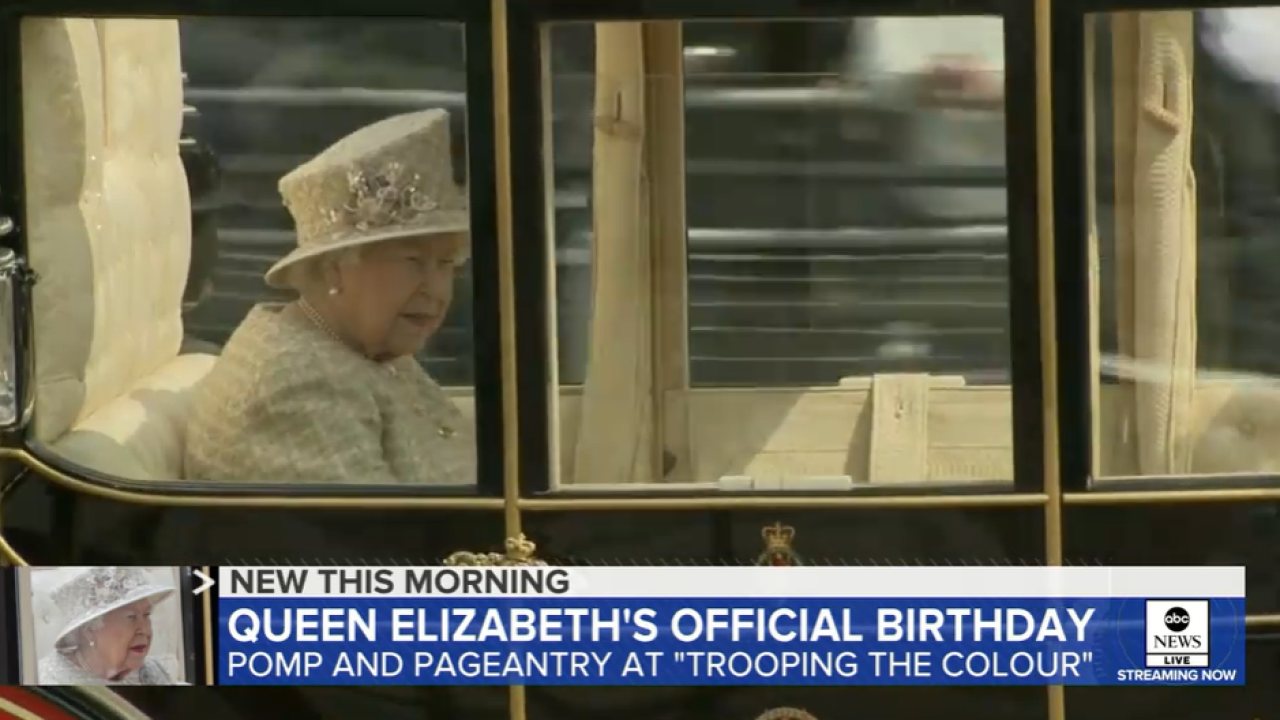 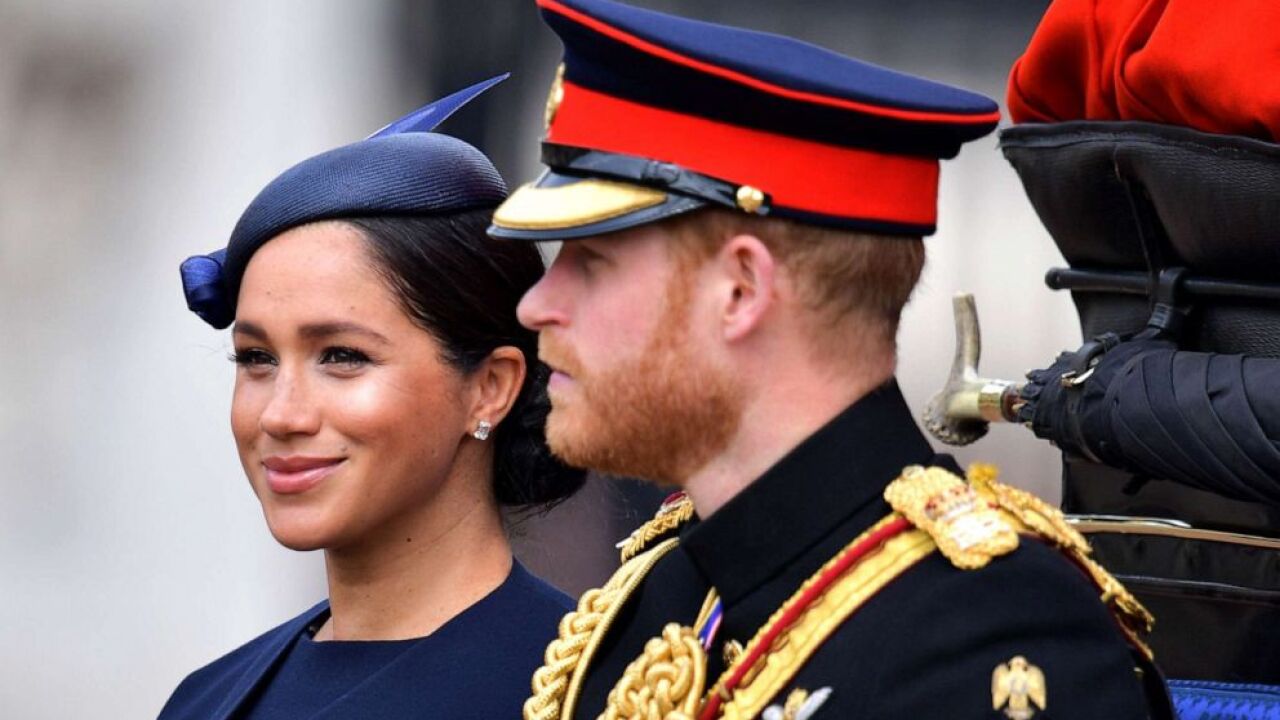 It was Duchess of Sussex’s first public outing since she introduced her newborn son, Archie Harrison Mountbatten-Windsor, to the world in May.

Thousands gathered in the streets of central London to wish the queen a happy birthday and watch the annual parade. Queen Elizabeth was joined by members of the royal family, including Charles, Prince of Wales, who is next in line to the throne, and Prince William. Both were in full military regalia.

The queen rode in the Scottish State Coach while the Prince of Wales and his wife Camilla, Duchess of Cornwall, Prince Harry and Duchess Meghan came by carriage.

In a nod to their weddings, both Meghan and Kate wore outfits from the designers that created their wedding gowns — a butter-yellow coat dress by Alexander McQueen for Kate and a navy ensemble by Clare Waight-Keller for Meghan.

The Queen’s real date of birth is in April, but it is officially observed in early June so that it can coincide with the parade, and on a Saturday so that the public can attend.

The queen watched the ceremony from a dais in Horse Guards Parade, and inspected the troops before a 41-gun salute in Green Park and returning to Buckingham Palace.

The pinnacle of the event is the spectacular fly past from the Royal Air Force. More than 20 aircraft — both modern jets and older, historically significant planes took part, before the iconic Red Arrows made their finale, with streams of red, blue and white across the sky in the colors of the Union Jack.

The parade involved some 1,400 troops, with 200 on horseback, and several hundred musicians.