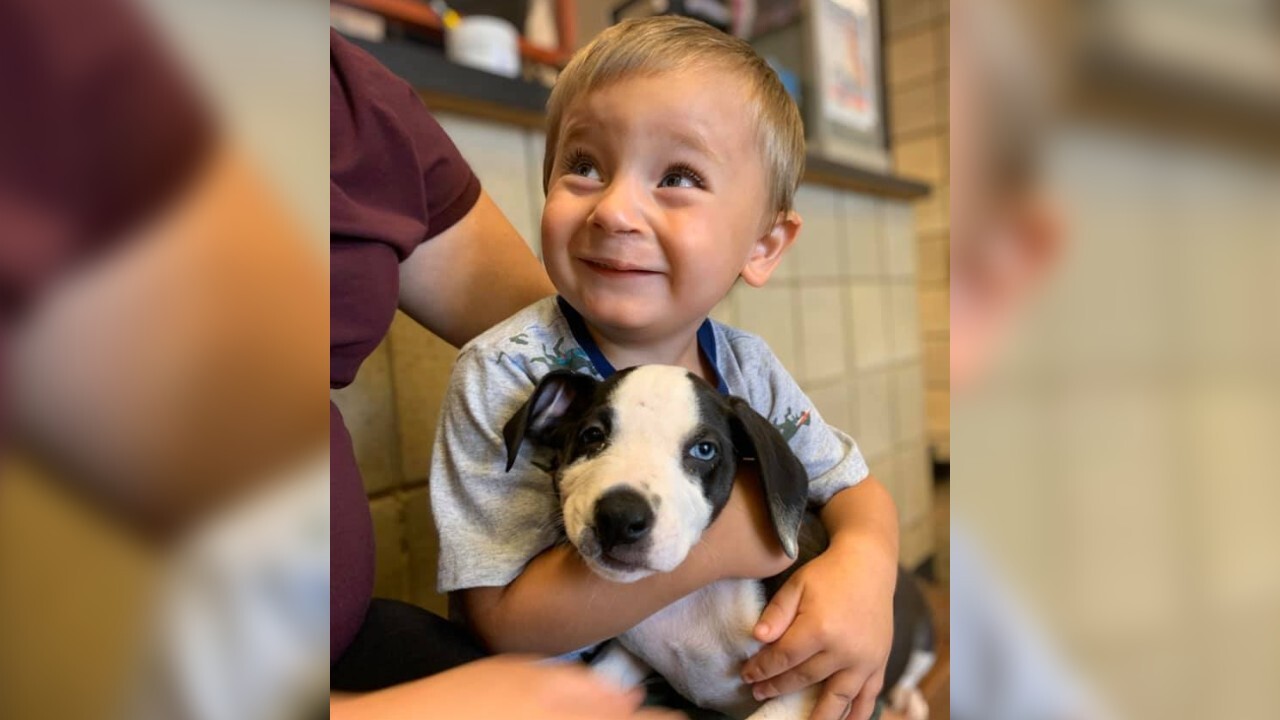 JACKSON COUNTY, Mich. – If you need a pick-me-up, we've got a story for you – a story about a special boy and a special dog who were destined for each other.

The Jackson County Animal Shelter introduced the world to Bentley Boyers, a 2-year-old boy, who was born with a cleft lip, and a smile that will brighten a room.

Bentley finally met his match when he adopted a pup that also has a cleft lip.

Viral photos posted on Facebook show the special bond the boy and his dog already have.

"We wish many years of joy as this special pair grow up together," wrote the animal shelter.

Bentley’s father, Brandon, told Good Morning America that he walked into the shelter to adopt some chikcens when he saw the puppy with the cleft lip and immediately called his wife.

Brandon says Bentley had tears in his eyes when he first met their dog, who has been named Lacey. Now, the pair are best friends.

“They do everything together,” Brandon told GMA.

This story was originally published by staff at WXYZ.