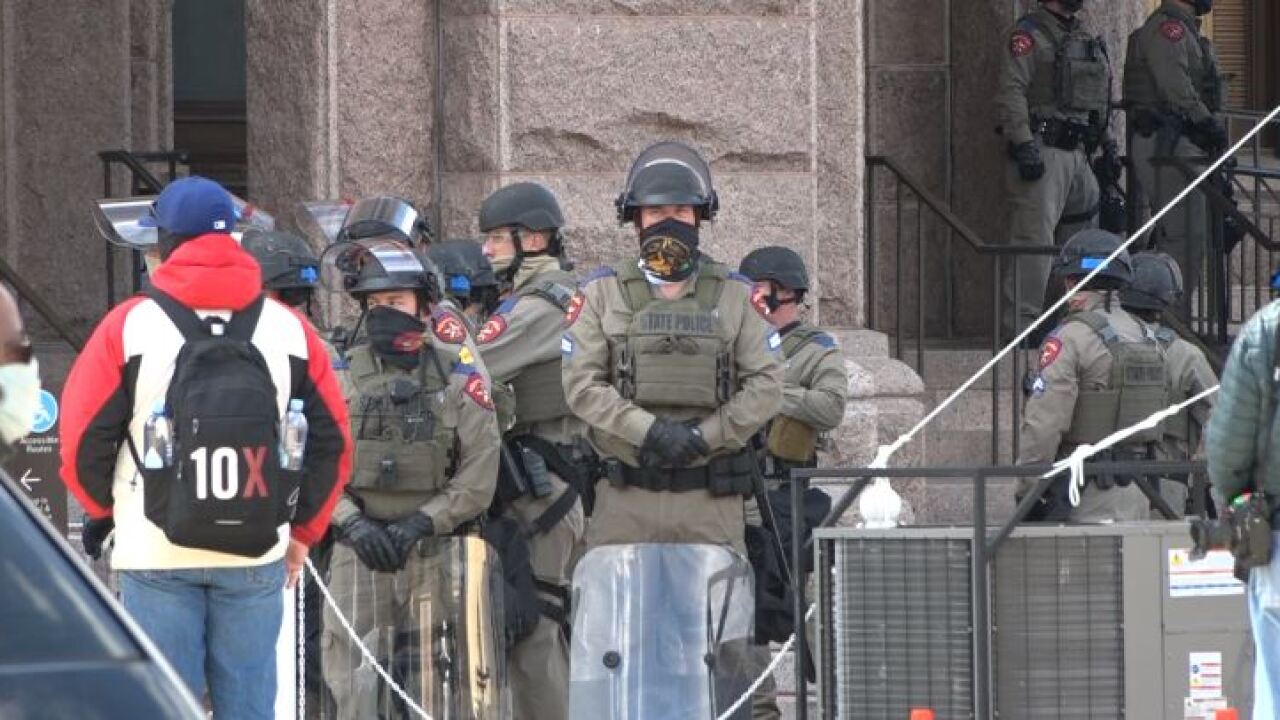 AUSTIN, TX — The 87th Legislative Session brought many differences from years past.

First, you had to get tested for COVID-19 to enter the Capitol.

Second, armed guards lined all entrances to the state Capitol because of recent events in Washington D.C.

"I don't condone, I don't encourage violence ," said one advocator, speaking into a loud speaker.

Many advocators came to support what they believe in as many bills will be discussed over the next 140 days.

What through advocator Bryan Ortega off was the number of armed guards.

He says he's a pretty peaceful guy, and Tuesday was nothing like he expected.

"It's a little intimidating, I expected mariachis and beautiful dances," Ortega said.

Another advocator, D'Anna Thompson, said she understood why the guards were there.

She and Ortega came as peaceful citizens, an approach Ortega says is the right call to have them be heard.

There could be a million armed guards, but nothing will silence Ortega or Thompon for what they believe.

Thankfully, all advocators were peaceful and no violence occurred at the Capitol Tuesday.