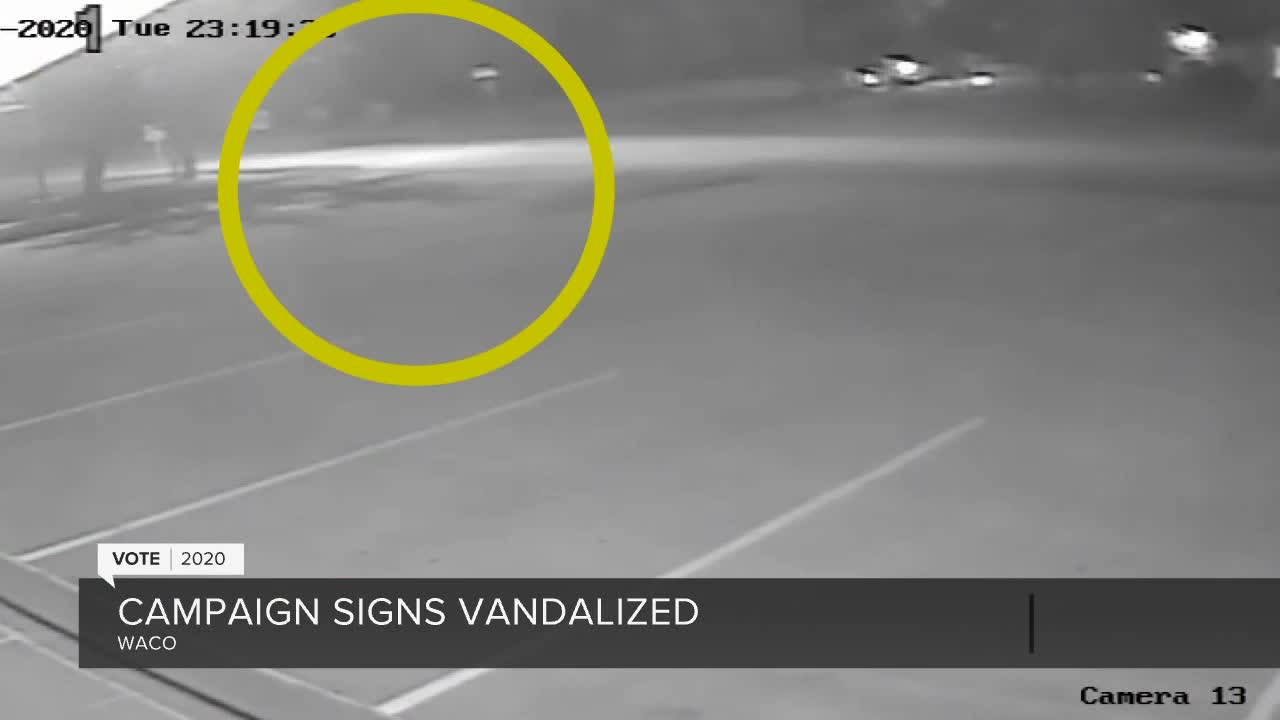 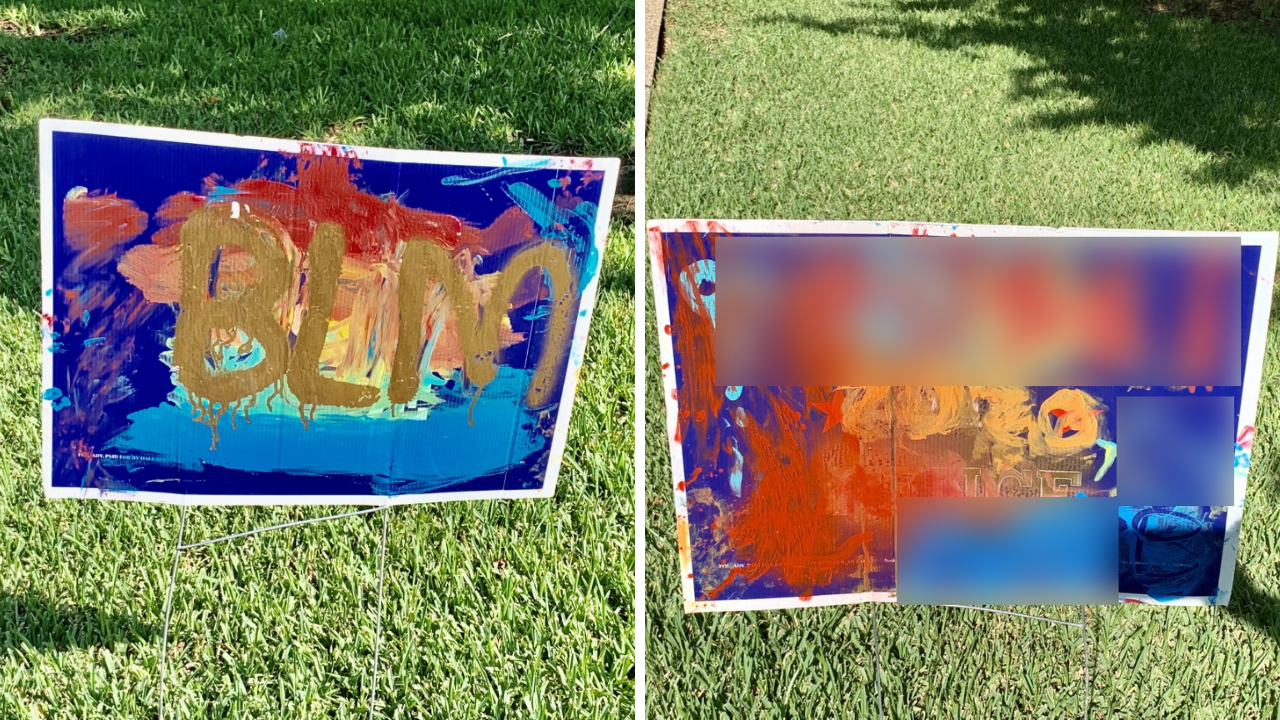 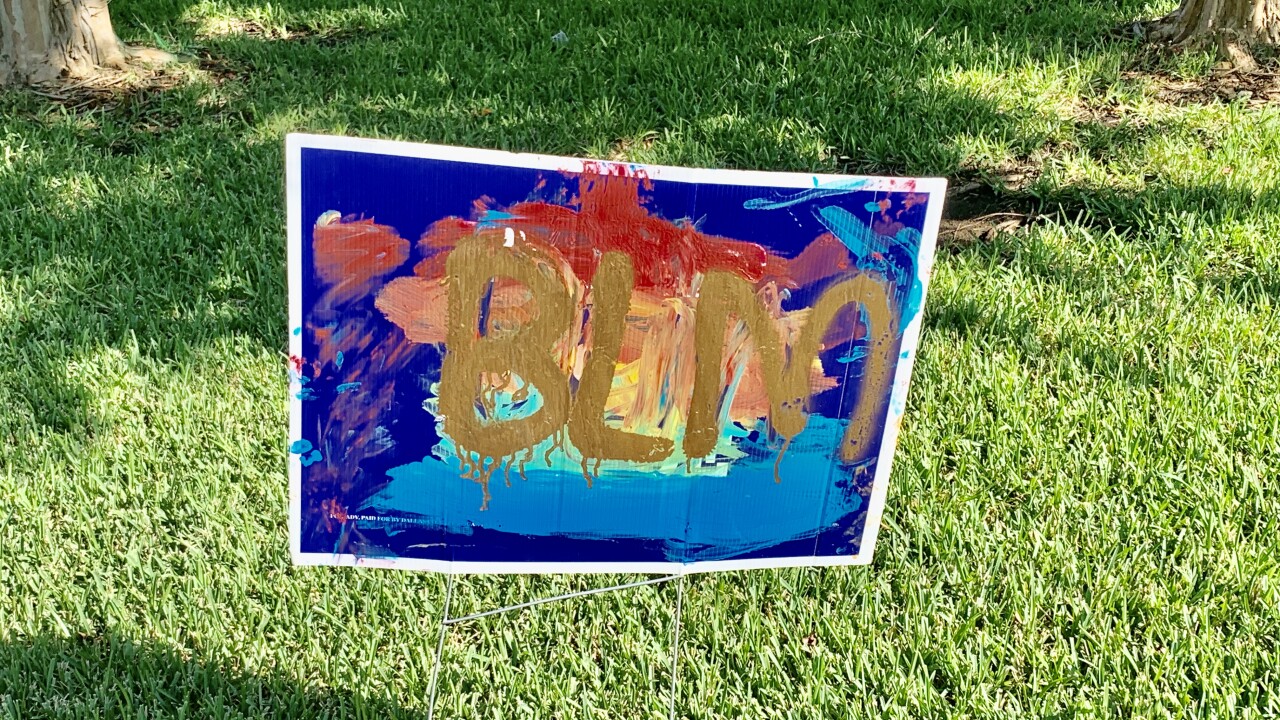 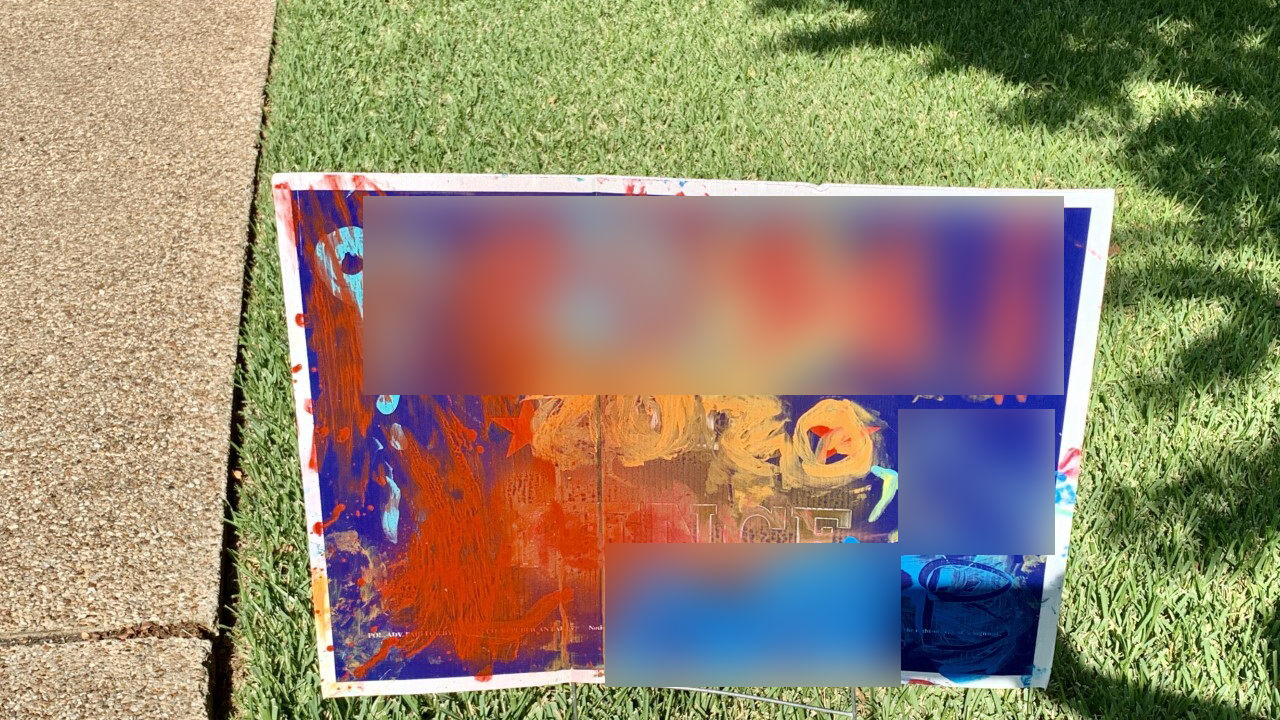 WACO, TX — Trump 2020 signs were vandalized recently, and it's sparked both the Democratic and Republican parties of McLennan County to speak up.

"We're sorry, we're sad, but we didn't do it," Mary Duty, chairwoman for the Democratic Party of McLennan County said.

Both signs had paint all over them. One had slurs and the other referenced the Black Lives Matter movement.
Although vandalized signs aren't an uncommon practice, this is something both parties face each year.

"We would never condone it. I don't think anybody in Waco would condone this kind of stuff," Duty said.

Duty and the Chairman for the Republican Party of McLennan County, Bradford Holland make an agreement each year to stay civil.

"We talked about it, "Okay nobody is going to mess with anybody signs right? Nod yes." We've talked about signs twice," Duty said.

It's important to remember that vandalizing or stealing a campaign sign is a crime. Violators could be fined $500.

The Woodway Police Department released surveillance footage on a recent campaign sign being stolen with a friendly reminder that you could be filed with a Class C Misdemeanor.

"Stealing political signs is just not a part of that process, it's crime. It's a Class C misdemeanor. There are reasons for that," Holland said.

No one knows who's behind the sign damage, but Holland hopes the defamation ends soon.

"We try and reinforce the signs as they go up, put in with t-posts and wire so it takes a little bit to get them down, but people are still doing it to some degree," Holland said.

If you have any campaign signs in your yard, it's important to remember that you keep them out of the way where a passerby could just pick it up and run.

Both Holland and Duty ask that the vandalism stop, and they remind us to get out to the polls and vote.

"We want to have our debates and our battles at the ballot box," Holland said.

"Meet me at the ballot box, let's go vote. That's where you settle things," Duty said.