Police officer inspires youth through stories of her own childhood hardships 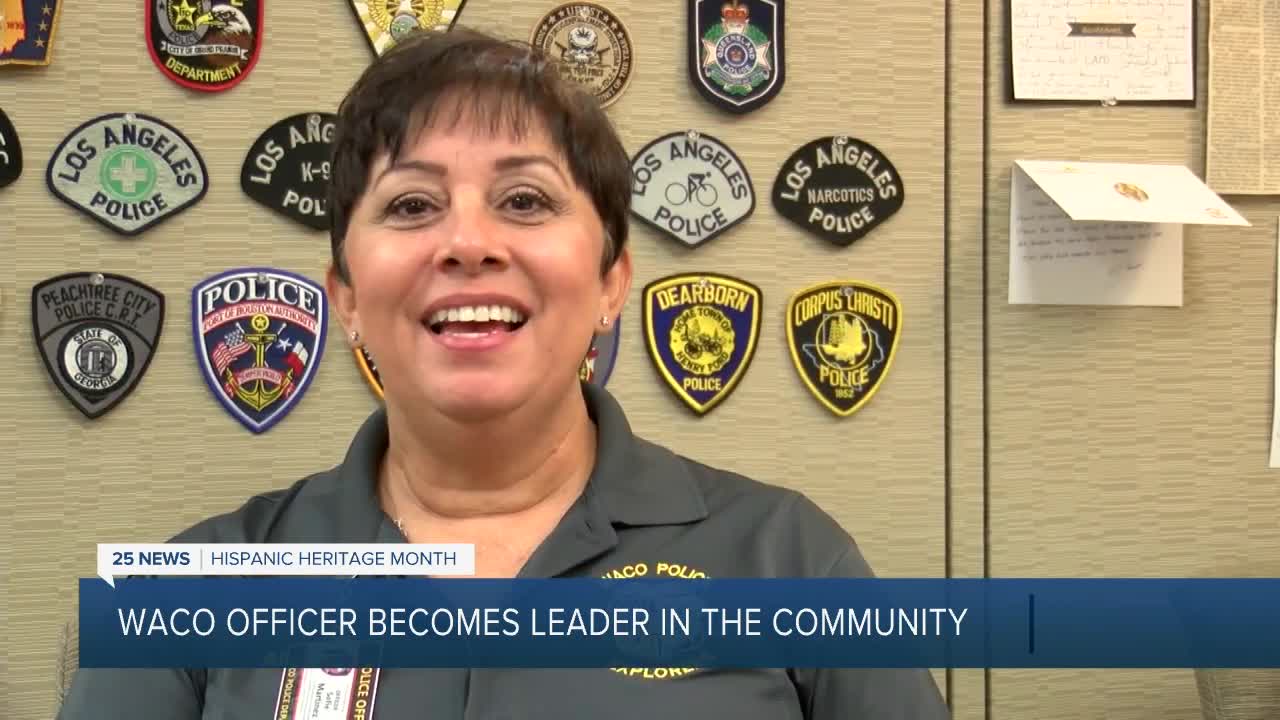 WACO, TX — A local woman made a difference through her years in the military and is now doing the same with the Waco Police Department.

Officer Sofie Martinez is a crime prevention officer with Waco PD. Her father went to jail when she was eight, leaving her family in a tight spot, growing up on food stamps without a lot of money.

As the oldest of three children, she knew she couldn't let her past decide her future. After high school she joined the Army.

"When I went to basic training, it was made clear to me by other trainees that I was a minority. I never was exposed to that growing up in El Paso," said Officer Martinez.

But that didn't stop her. Instead it only motivated her.

"If there's anybody that is trying to discourage you, take that negativity and turn it into determination to prove them wrong," explained Officer Martinez.

She went on to serve for 11 years in the military. For over 23 years she has been with the Waco Police Department and is an adviser with the Police Explorer Program.

"Oh she completely changed my life around when I first joined," said Ashley Rios, a former explorer and student of Officer Martinez.

The program gives teens hands-on learning on what it's like to be in law enforcement.

But former explorers say seeing Officer Martinez overcome her own past has inspired them to achieve more.

"I still say I want to do my best. I want to show my boss who I really am. I don't know where I'd be without her showing me guidance at a young age," said Rios.