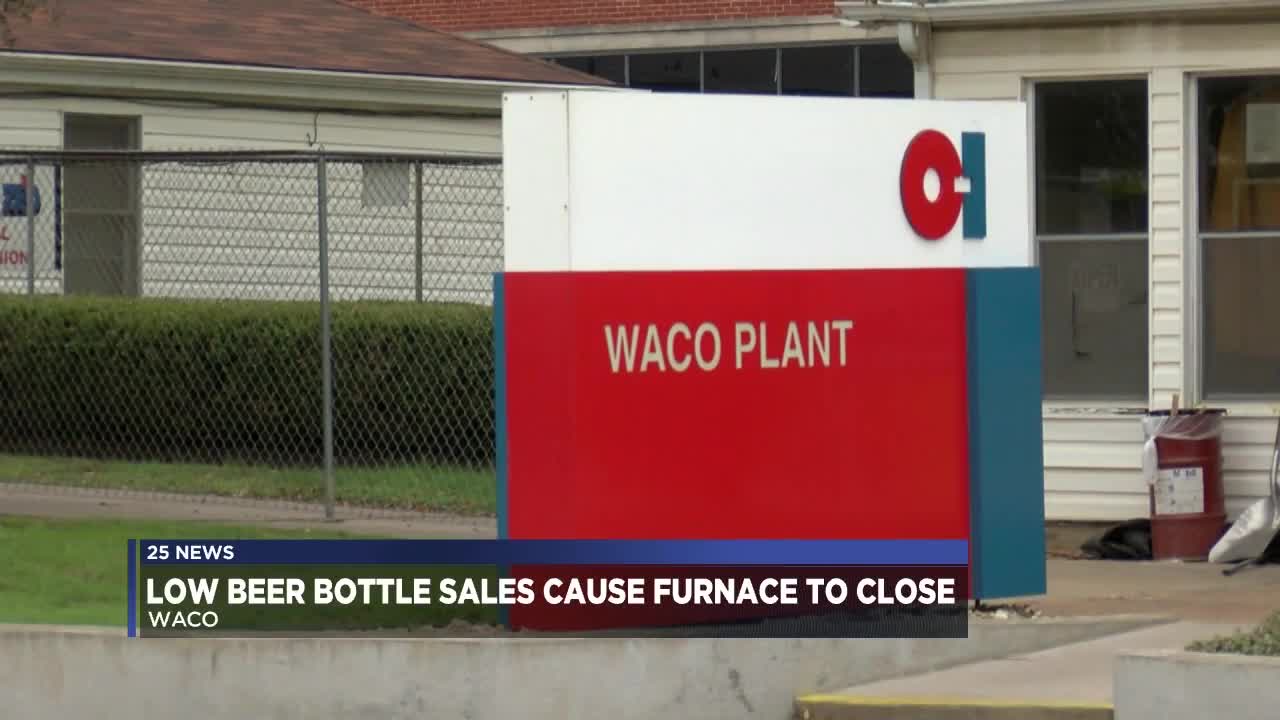 WACO, TX — Over 70 people were laid off right before the holidays at a 75-year-old glass plant in Waco. Owens-Illinois Inc. said that due to a softer demand in the U.S. for beer, they have idled one of their furnaces for indefinite duration.

In September, it was announced that 81 people would be laid off on Nov. 7.

The furnace that was idled in Waco was 100 percent dedicated to producing beer bottles. The remaining furnaces will produce some beer packaging, as well as spirit and food glass packaging.

Owens-Illinois Inc. is one of the largest glass bottle manufacturers in the world. They opened their Waco plant on Feb. 22, 1944. The plant became a significant contributor to the Waco economy, according to WacoHistory.org.