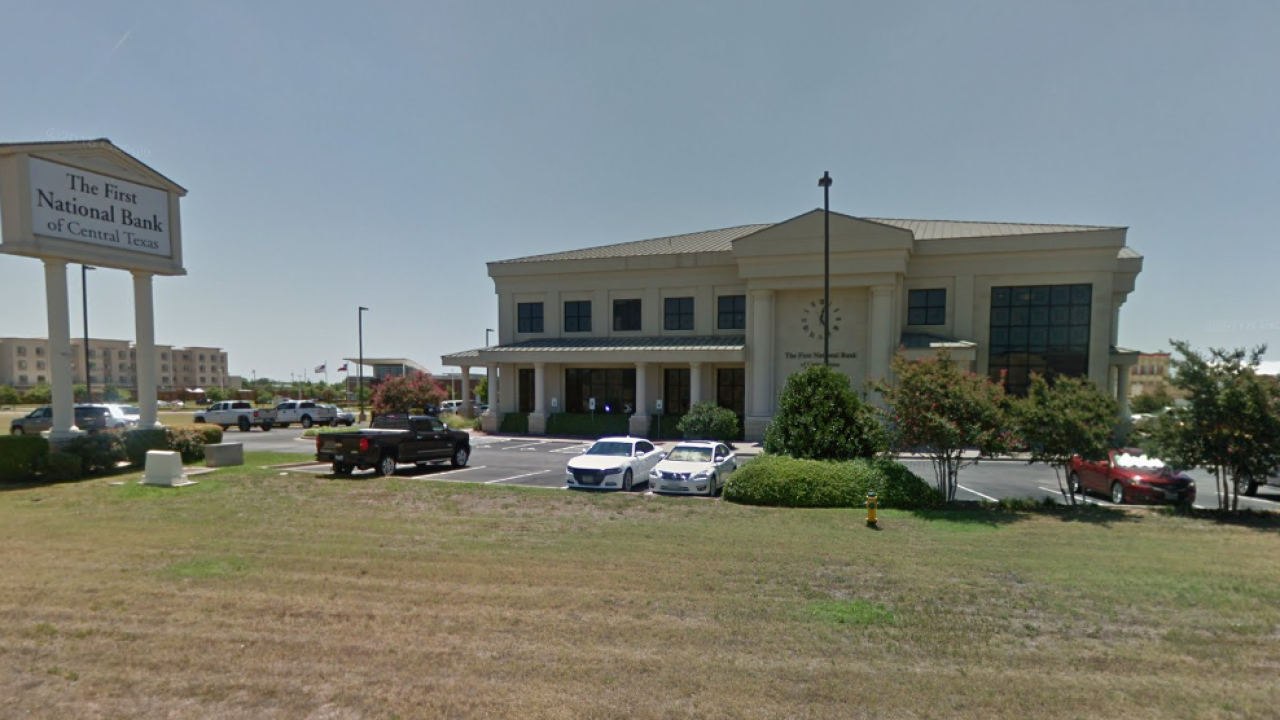 WOODWAY, TX — Waco police have located the ATM stolen from the 1st National Bank of Central Texas, along with a stolen backhoe used to pry open the ATM and stolen U-Haul used to remove the ATM from the property.

Police said a utility worker discovered the stolen ATM, backhoe and U-Haul in the woods near Texas Central Parkway and Gateway Boulevard.

"The ATM was transported in the stolen U-Haul van to the wooded site," said Sgt. Swanton of Waco PD. "A backhoe being used by the City of Waco to clean the creek was used to open the ATM."

Police say an unknown sum of money was removed from the ATM.

Waco PD also confirms the U-Haul van was stolen from a U-Haul parking lot near Valley Mills and Waco Drive just before the ATM theft.

Waco police responded to an alarm at 3:15 a.m. at the 1st National Bank of Central Texas located at 7500 Woodway Dr.

Woodway officers arrived on scene within 3-5 minutes and discovered that a forklift was stolen from the Alliance Bank construction located next door.

The construction site is in the Woodway city limits.

The forklift was then used to pry an ATM from its base and placed in a waiting vehicle.

Waco police confirmed they have video of the theft, but they are not releasing it at this time.

An investigation is ongoing. Anyone with information on any of these incidents should contact Woodway or Waco police.