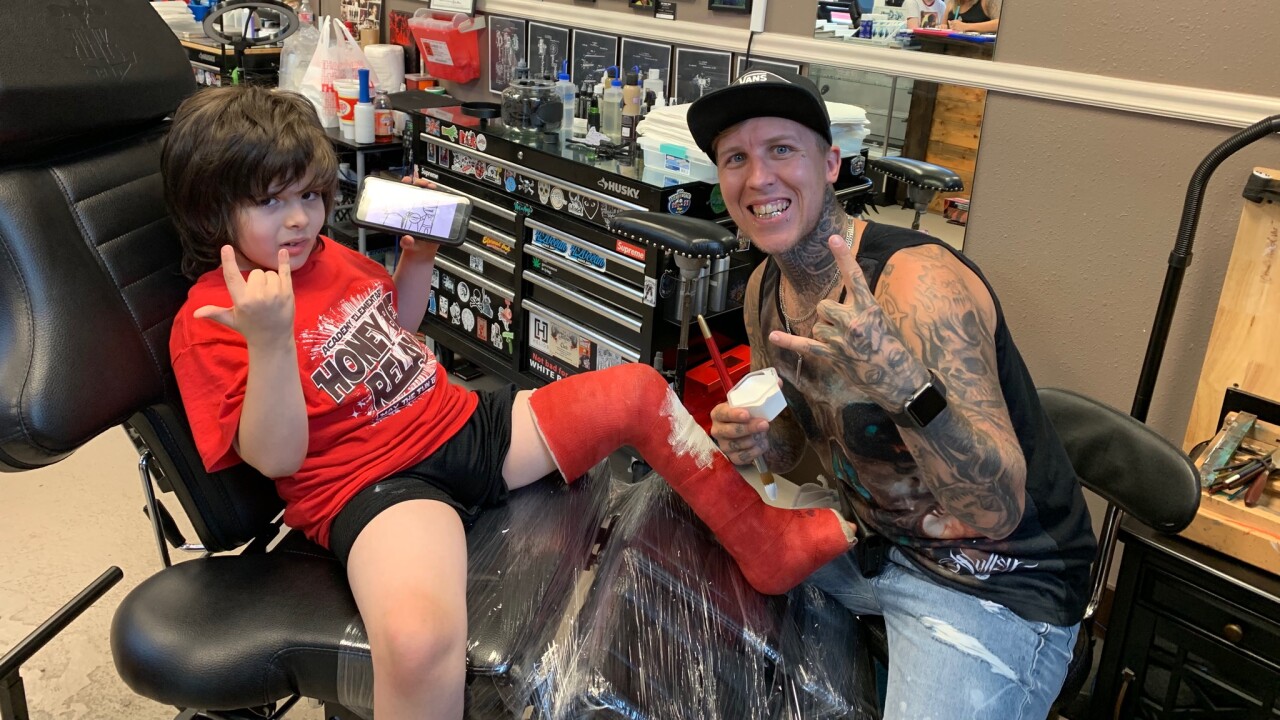 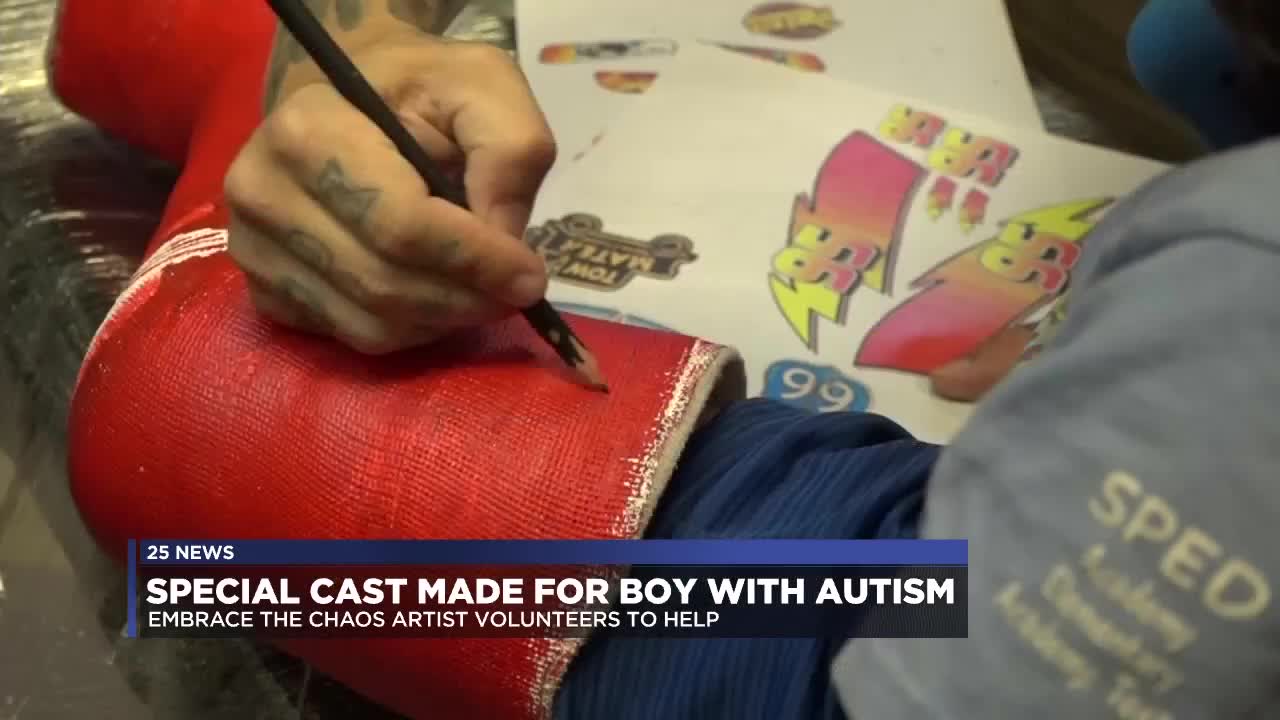 The Juristo Family worked with 25 News to spread the word on their search for an artist to decorate Andy's cast.

"With his autism, we've already started trying to break our cast because it's just very disturbing for him just at random points in the day," explained Talitha Juristo, Andy's mother.

Hundreds of artists wrote and called, volunteering to be the artist to help Andy. One name rose to the top- Chad Miller, a tattoo artist from Embrace the Chaos Waco.

Miller has a younger brother with autism, and has veteran-ties, just like the Juristo's.

Miller told 25 News he felt it was his calling to help Andy.

Miller volunteered his time, and expertise to ensure Andy received exactly what the family sought.

"I have a family member that has special needs just like Andy and, I don’t know, I felt like if somebody could have done this for my little brother when he was growing up maybe he would’ve had an awesome time in school," said Miller.

"It's kind of hard to work with people with special needs if you don’t know exactly what you’re doing, and I thought I would make his day by giving him something special" continued Miller as he adorned Andy's cast in his most favorite Disney hero, Lightening McQueen.

Taking a total of seven hours, the goal of creating something special for Andy was more than accomplished.

When 25 News asked Miller how it felt to give back to a family similar to his, he said "it feels good, real good, I wish I could do more, you know what I mean, but if this is what I got and this is what I can offer, they are going to get every bit of it."