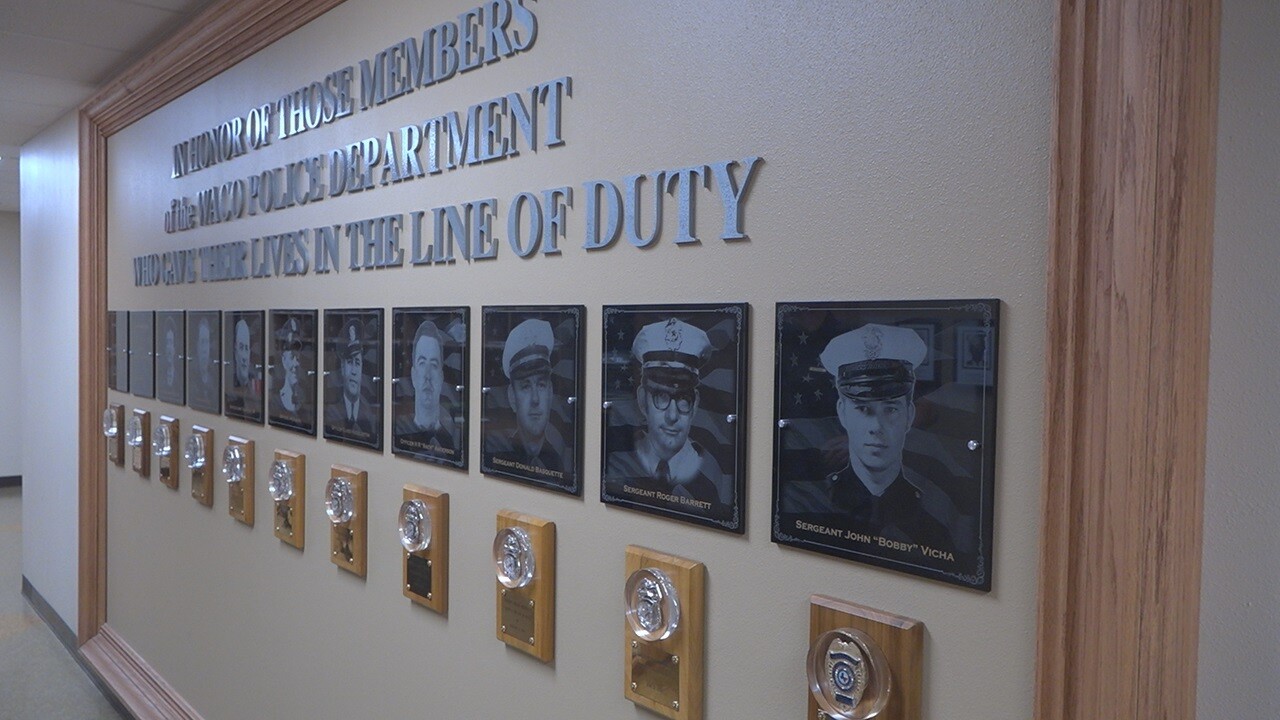 WACO, TX — Law enforcement agencies in Central Texas are honoring officers who died in the line of duty.

McLennan County will have a Peace Officer Memorial Service at 11 a.m. on Thursday at Indian Spring Park in Waco.

"To let their families know those people are not forgotten. The sacrifices they made for this community and for their family members is important for all of us and it's a way for us to remember them," said Sgt. Patrick Swanton, Waco Police Spokesman.

Sgt. Bobby Vicha was the last Waco officer who died in the line of duty.

In 1989, Vicha's brother-in-law, Billie Wayne Coble shot and killed him and his parents at their Axtell Home. Coble was executed in February for the crimes.

J.R. Vicha, the officer's son, recalls being close to the house where the triple murder happened.

According to court documents, before the triple murder, Coble tried to kidnap his wife, Karen Vicha, in an attempt to deter her from divorcing him. Sgt. Vicha advised his sister to report the kidnapping, which resulted in Coble being arrested. Vicha also bought Karen a German Shepherd for protection but Coble killed the dog before committing the triple murder.

During this year's McLennan County Peace Officer Memorial Service, law enforcement agencies will honor Vicha and other officers who died in the line of duty.

Waco Police had its first line of duty death more than a century ago.

"The farthest one we had a city marshal in 1871 and it goes all the way to Bobby Vicha's death in the 80s," Swanton said. "It's a show of respect to them and their families because we won't forget the sacrifices they committed for us."

J.R., who is now a defense attorney, recalls attending the event for as long as he remembers.

"I think it's good thing to do, so we don't forget those names who are on the monument," J.R. Vicha said.

He hopes the tradition will continue for years to come.

"It means a lot that has carried on for this long and it will forever," J.R. Vicha said.

The Central Texas area has lost four officers in the past six years.

Department of Public Safety Trooper Damon Allen, of Mexia, was shot and killed during a traffic stop in November of 2017. Earlier that month, Senior Trooper Thomas Nipper from Bell County died after his a truck hit his patrol vehicle while he was conducting a traffic stop.

Killeen Police Detective Dinwiddie died after being shot during a SWAT operation at an apartment complex in 2014. One year earlier, Killeen Police Officer Robert Hornsby was shot and killed while responding to disturbance call in 2013.

On Wednesday, the Carlson Law Firm will host a service for the fallen and their families. The business will present the 100 Club of Central Texas and the Killeen Police Law Enforcement fund with a $1,500 check each. Both nonprofit organizations help injured first responders.

The event and check presentation will take place at 9 a.m. at 100 E. Central Texas Expressway in Killeen.