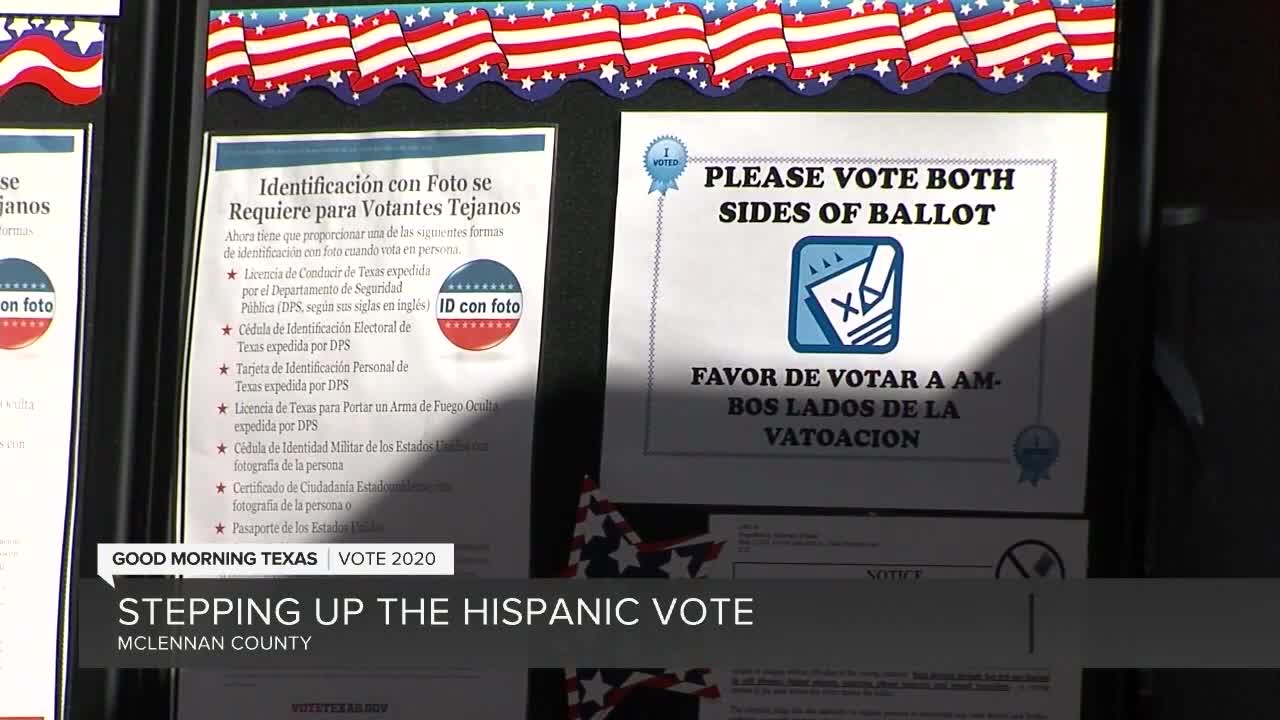 This year, Latinos are expected for the first time to be the nation's largest ethnic minority in a United States Presidential Election.

A record 32 million Latinos are projected to be eligible to vote in the 2020 election on November 3rd.

"We are stepping up and opening our eyes. We realize we can do something, you do not have to be scared like your parents and yeah it's scary but let that fear be encouragement."

Married couple, Monica and Jerry, are Mexican and first-generation in Waco. This year, they are making sure their voices are heard as first-time voters.

"We have a voice, we can make a change and we can influence others because especially being first generation in our family it's a good example."

An example they hope the younger generations of the Hispanic Community will learn from. According to the Pew Research Center, this year 13.3% of eligible voters are Latino, a record high compared to previous years. In 2018, it was 12.8% and in 2016, it was 11.9%. A slow but steady increase Dr. Patrick Flavin says will have an impact on the results.

"Hispanics tend to vote a lower rate so it's an opportunity to enhance the political voice by increasing voter turnout and get more representation and response from government," said Dr. Flavin with Baylor University.

He says every eligible voter should exercise their right to vote. Monica and Jerry say they are also a voice for those who can't use theirs.

"For those who can't vote and aren't allowed to vote yet. We have to help speak for them and you want to make a change so what can you do, you can vote."

A vote they say will help impact the future of this country. Their hope is to see more Latinos join them and take a stand for what they believe in. Both have been doing research and educating themselves on both the Republican and Democratic Party before voting.