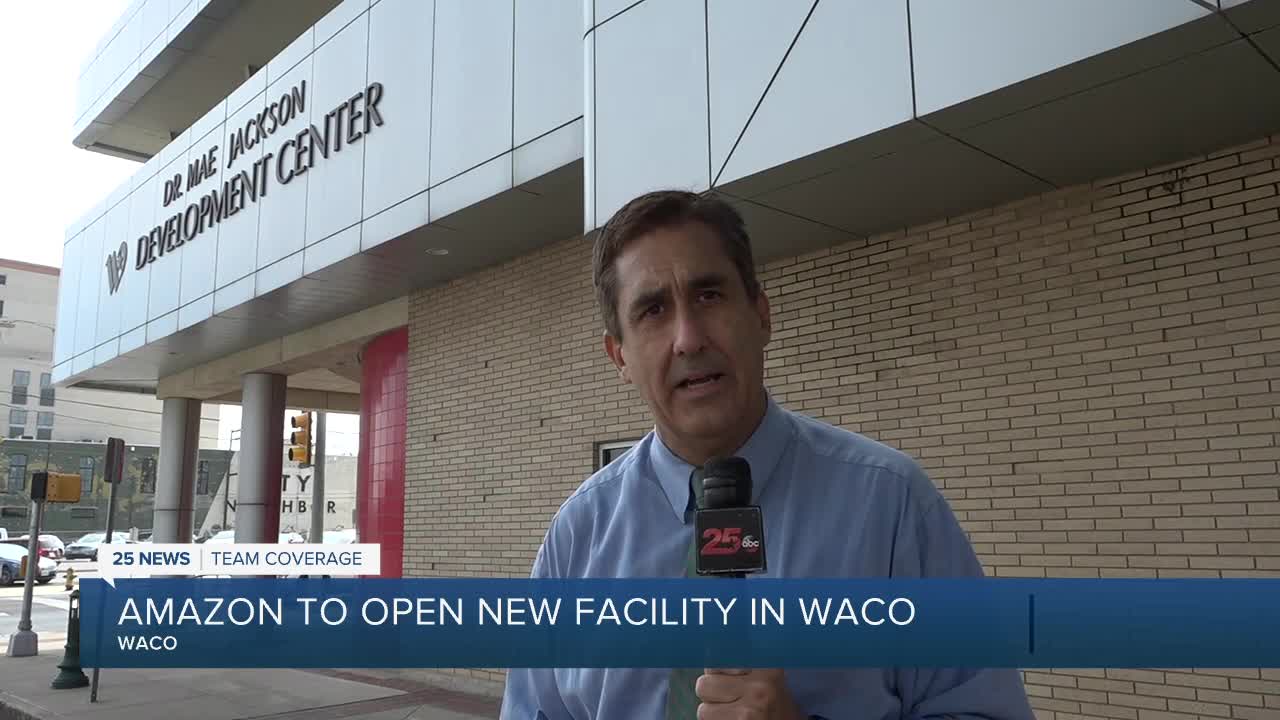 WACO, TX — Amazon will soon open a new fulfillment center in Waco, bringing more than one thousand jobs to the area.

Trade publications reported Amazon had intentions to increase its physical footprint by about 50% this year. Monday morning, 25 News confirmed with the governor's office that a 93-acre site at Texas Central Parkway and Exchange Parkway will become Amazon's newest fulfillment center.

Joe Galvan has been looking for a factory job. News of Amazon's coming has him excited.

"It's the future. You know, all the deliveries gonna come through Amazon," he said.

Apparently many of those deliveries will start at the Amazon fulfillment center going up at the entrance to the Texas Central Industrial Park.

25 News put the question to Governor Abbott's office Monday morning and got a one word response- confirmed.

"There's gonna be a ripple throughout the Waco economy, for sure," said Josh Finstad of Placements Unlimited.

"It's definitely going to have an effect and have some chatter around the area as far as wages and benefits... opportunity," said Finstad.

Especially as firms work to keep their best people.

Little about the project has been released. The only information available is the center sits on 93 acres and would take up 700, thousand square feet, bigger than nearby Coca Cola or Mars Wrigley.

If you want specifics? That's just too bad. The City of Waco would not allow 25 News to look at publicly filed plans for the warehouse.

Reporter Dennis Turner was turned away from the planning, zoning and building departments and referred to the city manager, something which is not normal business.

A source at city hall says Waco leaders were caught flat-footed by 25 News' Amazon announcement. The city spokesman said 25 News could file a public information request and wait 10 days for an answer.

"Amazon brings a lot of spin-offs. People like to be close to a distribution center," said economist Dr. Ray Perryman of the Perryman Group, who believes Amazon will have a huge impact.

Ready to take advantage of those spin off jobs is real estate broker Gregg Glime.

"We've been working on a number of different sites around Waco, and again, y'all confirming Amazon is very good for us," said Glime of Coldwell Banker Commercial Real Estate.

He's marketing a site just across the street from Amazon and says this won't be the last big announcement we hear.

"I'm being told that there's a couple more equally as big announcements coming soon, but I can tell you that in our office, we've seen nationally recognized names looking at the Waco market right now," said Glime.

Names that give workers like Galvan hope at a better job with better pay.

"They're the future. They know what they're doing," he said.