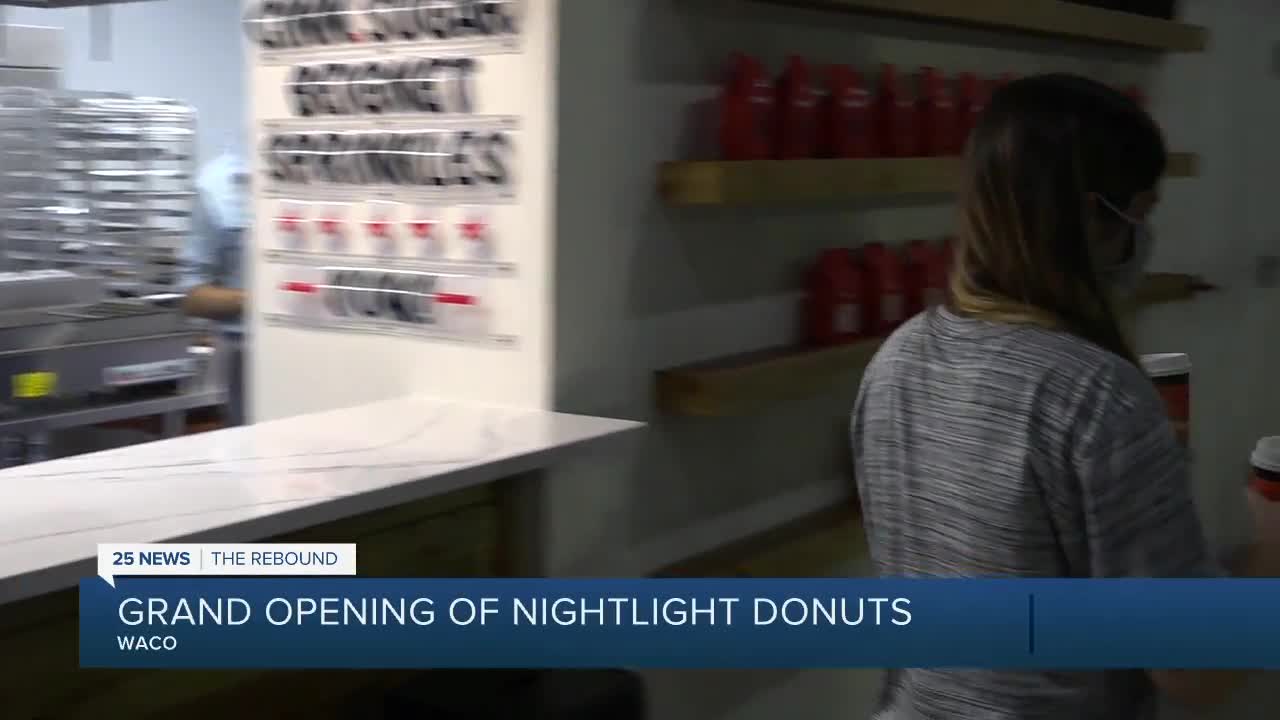 Donut lovers Veya and Ella showed up at 6am Friday to become some of the first customers of Nightlight Donuts at it's new and first permanent home.

"We love Nightlight, like the food truck so we just wanted to be among the first to show up today," said Veya Magcino.

Brothers and Baylor students Eric and Jackson Wren started off in a trailer and became a huge hit.

"The Waco community has showed up... a lot!" said Jackson.

They started planning for a free-standing store, and a couple of years after serving their first donut from a trailer, served their first pastry from their own building at highways 6 and 84, diagonally across from Richland Mall.

"We're going for kinda the feel of a mom and pop donut shop and like a cool vibe coffee shop feel so you can come in grab a quick donut sit down and study kind of all across the board," Jackson explained.

After a week of drive-through practice, the grand opening taught Jackson and Eric to expect a rush.

"Just consistent throughout the day and then at night there's a big rush again, so it's been really nice," he said.

Their loyal followers tracked them from their donut trailer to their new store with ease.

"It's right by the hospital too so we can get donuts all the time how often do I think I'll be over here? oh every shift," said Ella Schroder.

Jackson and Eric hope to make this their launching pad to a successful and expanding business.

Because when you build a better donut, they say, the world will beat a path to your door.