Family warns others after bobcat 'massacred' their pet chickens 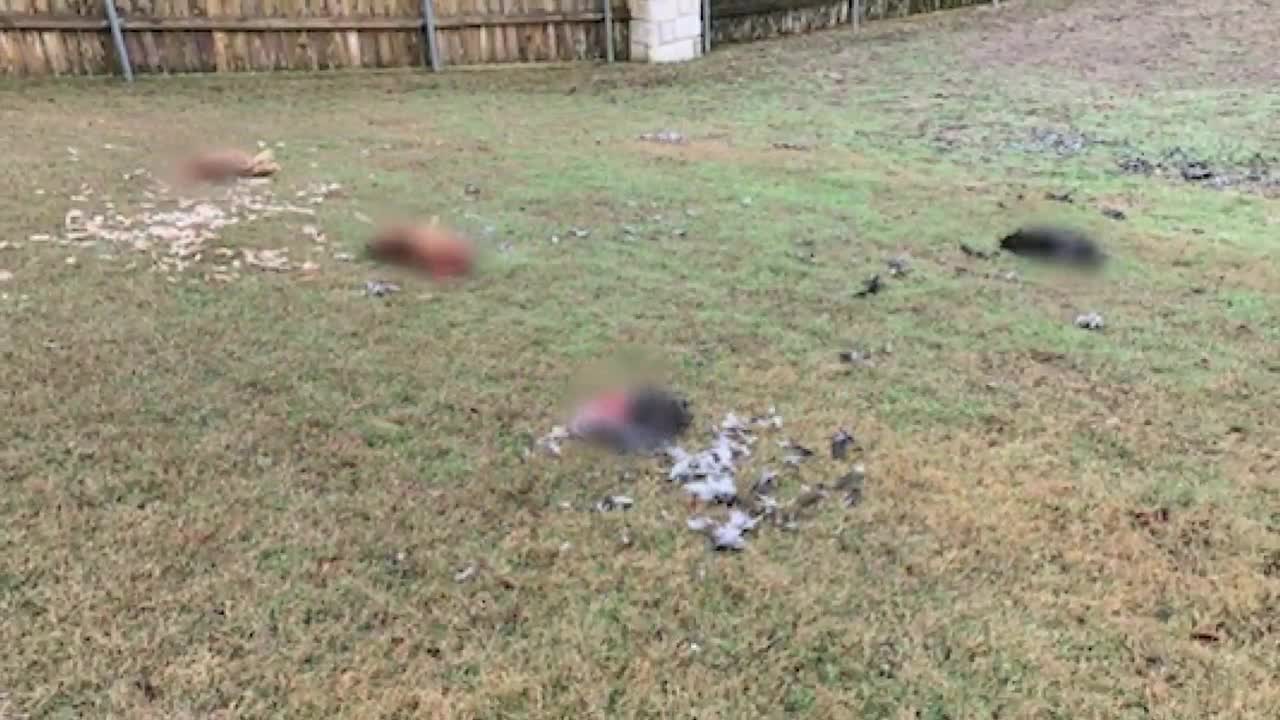 LORENA, TX — Predators are on the prowl in Lorena, and they've been getting into people's livestock, like Kyle Williams'.

"Chickens have personalities. They communicate. They are very social. There's an order to their flock," he said.

For Williams, chickens aren't there to lay eggs or to eat. Chickens are part of his family.

"I'm going to sound like the crazy chicken guy, but we have Christmas ornaments with all their names on them," he said.

Williams had a flock of 19 chickens, but last week, he got a call from his wife he wasn't expecting.

"She called me, "Kyle, we've had a massacre at the house,"" he recalled.

His once bountiful, range-free flock of chickens turned into carnage and feathers, left behind by what Williams said was an attack by a bobcat and her cubs

"[She's] heartbroken. These are her kids basically," said Williams

Gary Payne is the owner of Brazos Feed and Supply, and you could call him a chicken expert.

"We've already started getting calls, you know "I bought 25 chicks from you last year and we're down to 5,"" said Payne.

Because chickens are low on the food chain, they're easy prey.

"Every day is a moving target. We never know what we're gonna see," said Payne.

So what can you do to protect your chickens?

Payne says make sure they have the proper enclosure, and avoid using chicken wire. Instead, use hardware cloth or galvanized welded wire.

During the day, keep an eye out for hawks and owls, and lock the chickens up at night to avoid bobcats and coyotes from getting into the coop.

Payne says if you're going to capture the predators, avoid using snares. Instead use a cage traps to avoid killing a neighborhood pet.

Predator-prey is part of the circle of life, so if you ever encounter a wild animal in your yard, don't put yourself in harms way. Instead call animal control for some help.