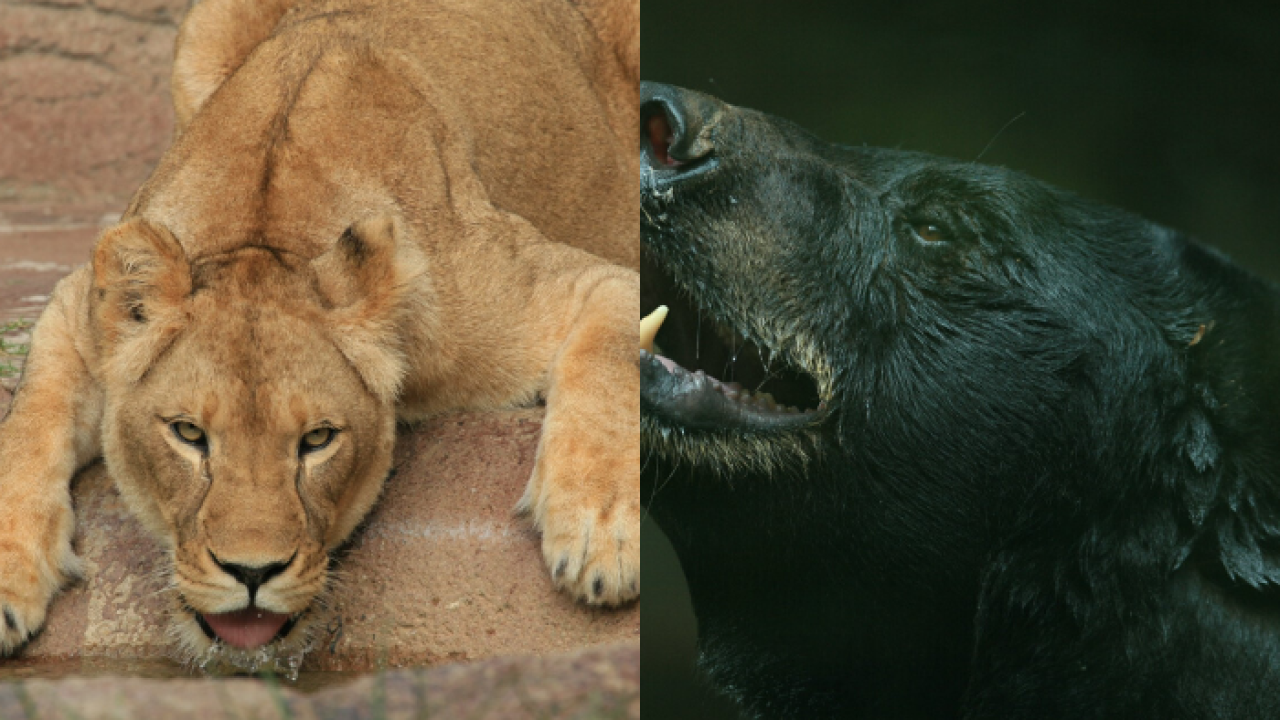 Cameron Park Zoo is mourning the death of two of its senior citizens, Balou, the North American black bear and Shamfa, the eldest African lion.

Balou was confiscated by the U.S. Fish and Wildlife Department because he was being kept as a pet.

In 1999, he was brought to Gladys Porter Zoo in Brownsville, Texas. He came to live at Cameron Park Zoo in 2005. Balou’s age was estimated at 21 years. The average longevity for North American black bears is estimated between 21-33 years old.

Balou was a favorite among his keepers because of his easy-going personality.

He was known to clack his jaws at zookeepers to request a treat and his keepers enjoyed spoiling him with extra love and attention. Balou had age-related arthritis so zoo staff made him his very own bear bed.

Unfortunately, Balou developed kidney and heart disease, likely due to age, and his quality of life diminished to the point that the decision was made to humanely euthanize him.

Shamfa was born on December 14, 1998 at Sedgewick County Zoo in Wichita, Kansas and came to Cameron Park Zoo in 2000. Shamfa was being treated for respiratory disease and age-related arthritis. At 21 years of age, she lived well beyond the typical life expectancy for African lions, which is 14-17 years.

Shamfa had 6 cubs over her lifetime at Cameron Park Zoo and she was an excellent mother. Shamfa was loved by her keepers for her sassy personality and her ability to learn quickly.

Last year, Shamfa was diagnosed with respiratory disease which ultimately ended up being cancer. In recent months, we had seen a decline in Shamfa’s interest in food and activity level despite medications, so she had been kept under close observation. Shamfa passed away peacefully in her sleep.

Balou and Shamfa were two of many senior citizens at Cameron Park Zoo.

Each of these senior citizens at Cameron Park Zoo are special to our staff and our visitors, and each has a story to tell. As veterinary care and animal husbandry advances, geriatric care is becoming an increasing emphasis at the Zoo.

Many of the animals have been at Cameron Park Zoo since it opened in 1993 and are approaching the end of their lifespans.

"Our keeper staff averages more time with their animal family than with their own human families. Though the staff of Cameron Park Zoo understands as animals age they will eventually have to say goodbye, it is always difficult," the zoo said. "The keepers and all of the staff here at Cameron Park Zoo grieve the loss of Balou and Shamfa, but we are comforted in knowing that they received the best of care and we are all honored to have known and loved them."