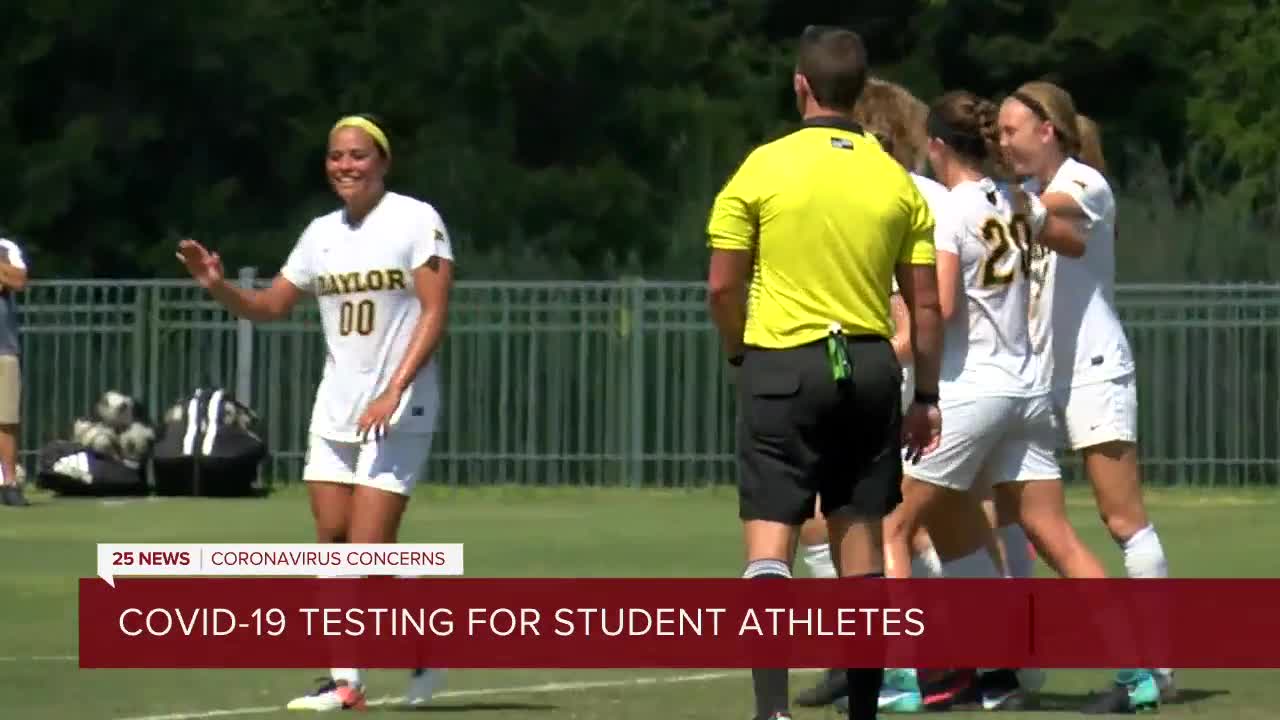 WACO, TX — After months of debating and planning, game days are now here and it seems the preparation and planning has payed off as three Power 5 conferences decided to give the go ahead for football. The biggest debate has been over testing.

“For us in the industry, turnaround time is a huge conversation. So being able to get a quick turnaround within 24 hours for an accurate test has been part of this planning,” said Baylor Senior Associate Athletic Director for Student Health and Wellness, Kenny Boyd.

“For those three sports being the high risk and cross country being the intermediate risk, there are testing models built around that. The pre-game test, if you will, that is an antigen test, and it is really done through the Big 12 and our other two tests include PCR so when it comes to molecular PCR tests, that is really the gold standard when it comes to this,” said Boyd.

Athletic programs must have enhanced testing procedures set by the conferences in order to protect their student athletes, staff members, and the opponents.

But the universities also have their own protocols.

“So we got an email a couple weeks ago saying that they would be randomly selecting students and faculty and randomly testing them, and so I think it’s a great way for them to track how COVID is affecting students on campus,” said Megan Sturdivant, a Baylor University student.

Baylor University told 25 News they do weekly surveillance testing for 10% of the campus community using the PCR molecular tests, which provides highly accurate results within 24 to 48 hours. In addition, they also use rapid antigen diagnostic testing that show results in an hour or less, which is very important for symptomatic students.

“There’s been a very close collaboration within campus and athletics to provide a close consistency in what we are doing from a campus side, in the messaging and how we are handling cases. As an athletic department we are able to do surveillance testing, but our campus is doing the same thing,” said Boyd.

“It was definitely reassuring going to a new school and knowing that they were really getting the ball rolling,” said Megan Sturdivant.

Every university is different, but Baylor is using the same tools to make sure everyone stays safe in athletics and campus.

Technology is constantly changing, so new testing measures will become available as they prove to become more accurate.

Baylor Football just announced that the season opener hosting Louisiana Tech this Saturday will be postponed due to an increase in COVID-19 cases on LA Tech's team with 38 players testing positive after Hurricane Laura.