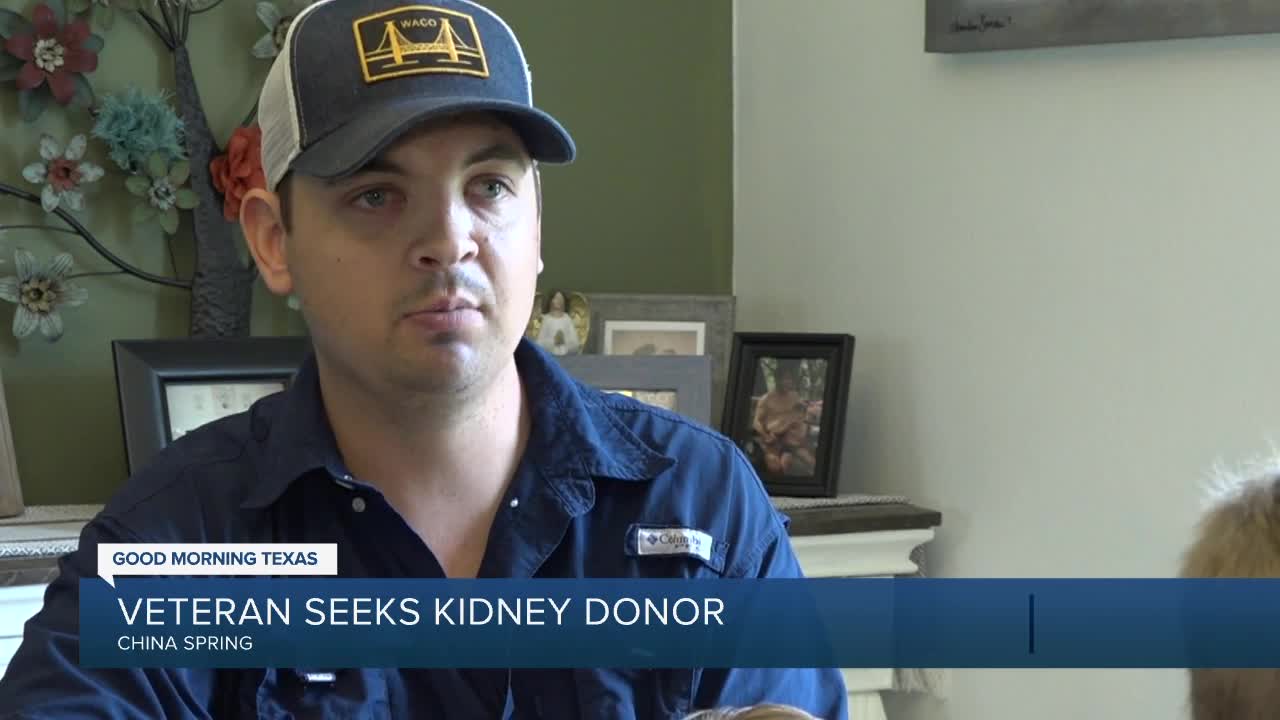 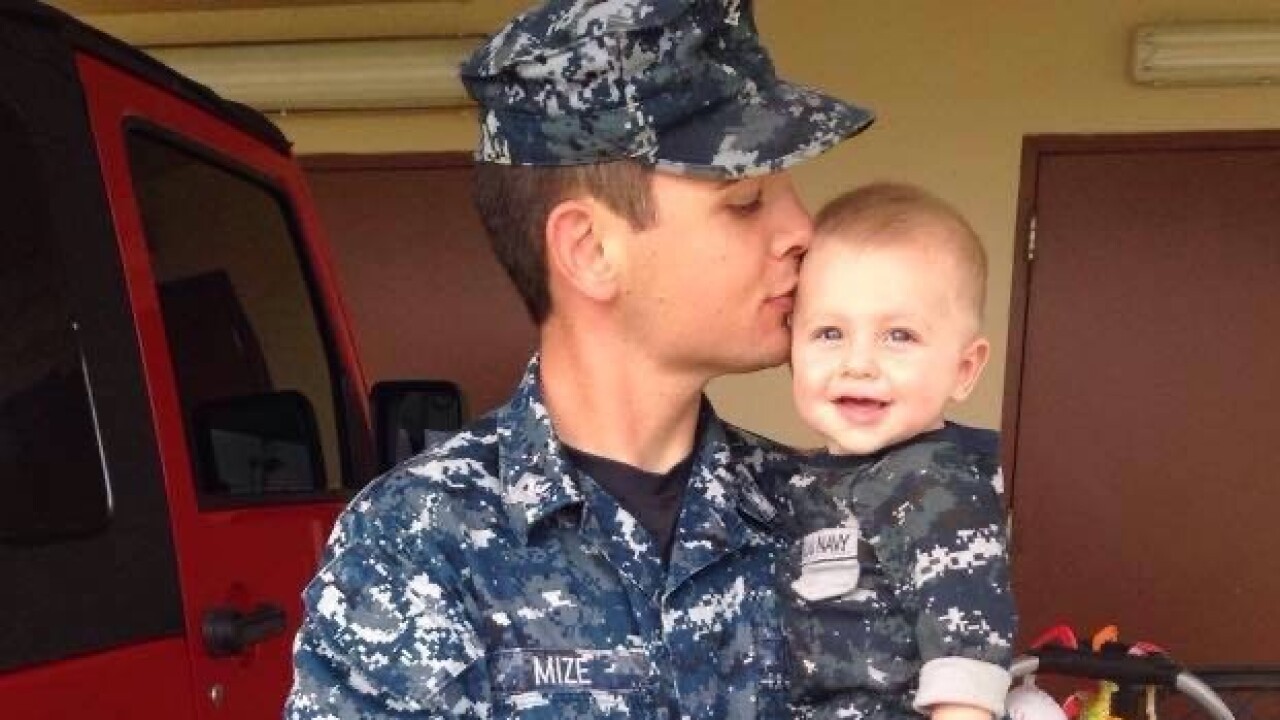 CHINA SPRING, TX — A 28-year-veteran and father in China Spring is in desperate need of a kidney, and he is looking for help.

It was while on his first deployment that Collin Mize felt something was wrong. However, he couldn't even fathom his organ was failing him.

"I started having symptoms of itchy and rashy skin," Mize explained.

After arriving back home, doctors confirmed the unthinkable - Mize had a rare and hereditary form of aggressive kidney disease.

"Its called FSGS, its pretty much scaring of the kidney tissue," Mize said.

He said that the condition renders his kidneys useless.

After being diagnosed, he was military medically retired from the Navy. He had served in the Navy for 6 years.

"It was time to go on dialysis, and there's no way I could have been active duty and been on dialysis at the same time," Mize said.

The 28-year-old father of two now spends the better part of each day attached to a machine, receiving daily dialysis treatments.

Mize was put on the Veteran Affair's wait list, which could keep him idly standing by for the better part of a decade, hoping to receive a kidney in time.

Mize is a part of a living donor swap program. In this program, a willing donor would have all medical expenses paid to donate their kidney to save Collin's life.

The program matches donors from across the United States to recipients.

Donors can live anywhere in the U.S. and still get tested to match for Mize.

By donating a kidney, you'll be saving a life.